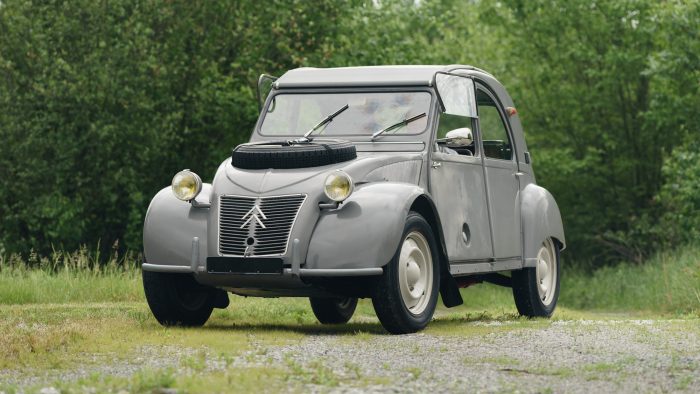 Over rutted fields, muddy roads or cobblestone streets, the “Deux Chevaux” was nearly unstoppable, but there were still places even an experienced 2CV driver feared to tread. Enter the Citroen 2CV 4×4 Sahara, the world’s first dual-engine 4×4 vehicle; just 694 were built, and less than 30 survive today. Saharas in any condition command surprising prices, but on June 11, a 1962 Sahara with its original engines, transmissions and body panels heads to auction in Hershey, Pennsylvania. By the late 1950s, Citroen’s charming 2CV had established itself as a supremely capable car for the masses, offering affordable transportation to farmers and city-dwellers alike. 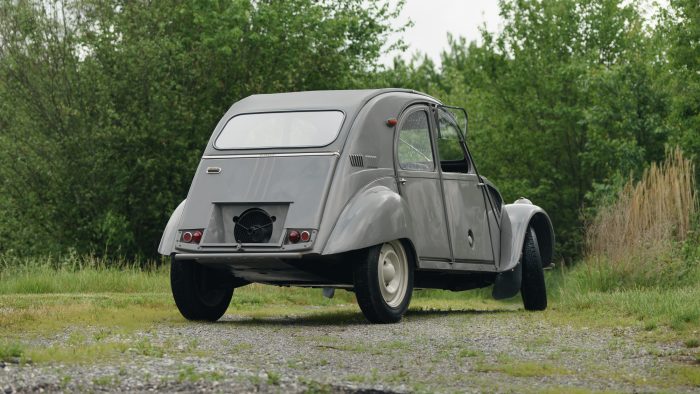 Note the cooling fan for the rear engine. Gas caps protrude through driver and passenger doors.

Though suitable for use anywhere the pavement ended, the Sahara was designed and constructed to tackle its namesake desert, an environment where redundancy wasn’t just a good idea, but potentially the difference between life and death. French mining and oil exploration companies had a strong presence in North Africa, and the need for a lightweight and relatively inexpensive vehicle capable of traversing sand dunes or mountains was apparent. The 2CV Sahara was designed and built for these customers, though it also proved popular with the Spanish Guardia Civil and the Israeli National Park Authority. 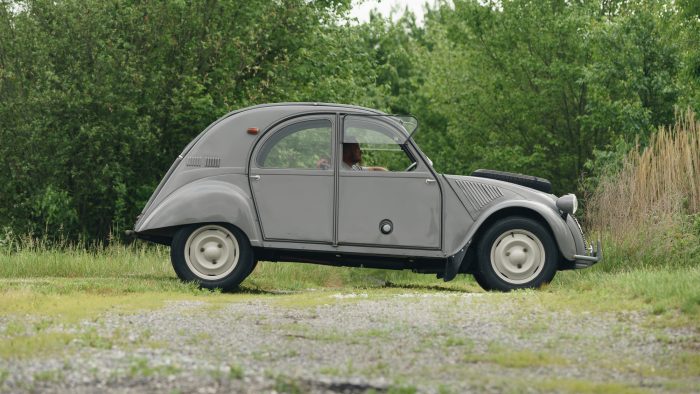 While the Sahara may resemble a 2CV, differences between the two models were so abundant that very few components were shared. Nearly all body panels for the Sahara were unique (making restoration particularly challenging), and even the frame, though based on the unit used in the export 2CV, was strengthened (and fitted with front and rear skid plates) to cope with the rigors of off-road driving. The Sahara featured a four-wheel independent suspension, and was equipped with dampers running horizontally instead of vertically to limit damage from obstacles. Even the drum brakes were mounted inboard to reduce water and mud intrusion. 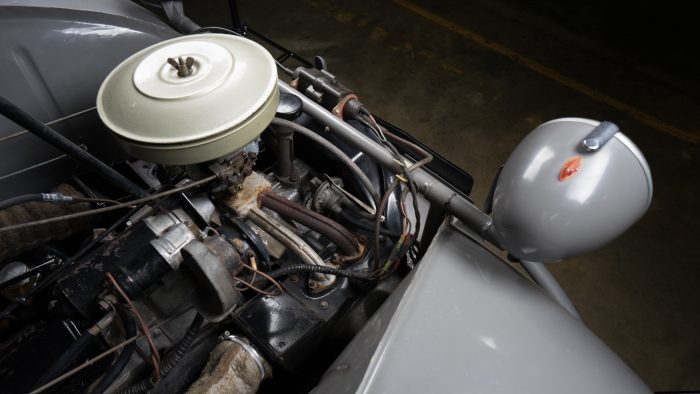 The two-engine layout, however, is what really set the Sahara apart. Both front and rear engines were based upon the air-cooled 425-cc twin used in the 2CV, but fitted with larger carburetors for added power. Each engine produced 13.5 horsepower (and in later models, 18 horsepower) and was mated to a separate four-speed manual transmission, linked by a single clutch pedal. The Sahara could be powered by both engines for maximum traction, or by either the front engine or rear engine for improved fuel economy. 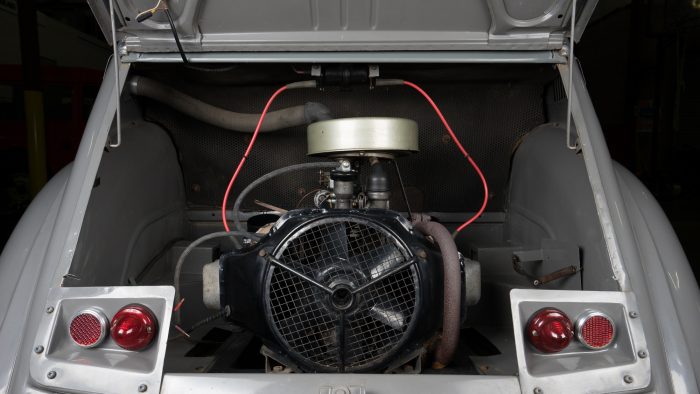 Such a feature offered numerous benefits for those brave enough to set out across the Sahara Desert. Should one engine fail, the Citroen had a second engine already in place. When gasoline (stored in dual tanks beneath driver and passenger seats) ran low, the driver could shut down one engine to gain increased range, ensuring enough reserve to reach the next oasis. Thanks to the car’s 1,400-pound weight and near-perfect weight distribution over each wheel, the Sahara proved adept at tackling deep sand and was said to be capable of climbing grades up to 45 percent. 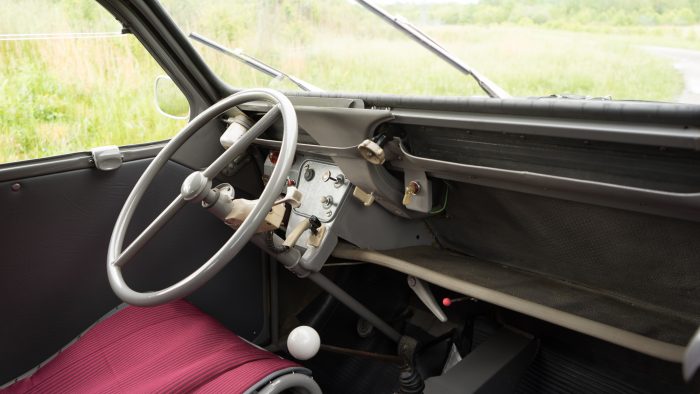 The Sahara’s interior was functional, but not luxurious.

First offered to the public in 1960 (though some sources say 1958), the Sahara remained in production through 1966, and, during this period, 693 examples were constructed. A lone example was built in 1971, bringing total production to 694, and nearly all were sold to commercial customers indifferent about the Sahara’s price (initially twice as expensive as a 2CV, but more expensive as the years went on). As is often the case with such vehicles, Saharas were used until no longer functional, then parted out and scrapped. Mark McCourt cited a figure of 27 surviving examples in a piece written for the April 2010 issue of Hemmings Motor News, and that number is likely still accurate today. 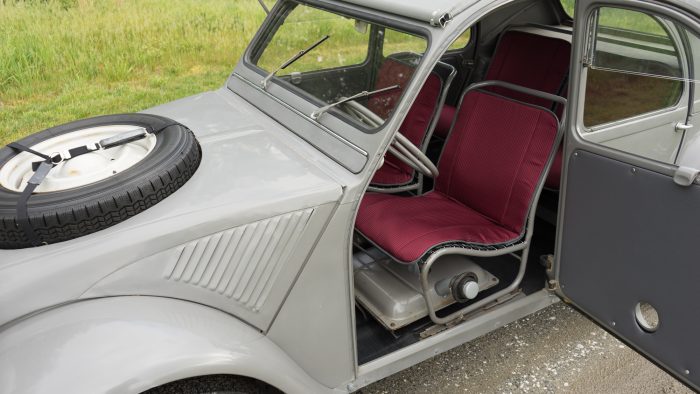 Though shielded by a skid plate, sitting atop a fuel tank may be unnerving to some.

Chassis 0233, the car to be offered in Hershey, Pennsylvania, reportedly sports a kinder and gentler pedigree than most. Under the long-term care of a former Citroen employee, this example was found by collector Dr. Mac Jones in the Netherlands, and was said to be mostly original with the exception of a recreated exhaust system. After rebuilding the suspension and replacing the fuel lines and canvas sunroof, Dr. Jones used the car to navigate his farm, keeping it for 14 years before selling the Sahara to the consignor. 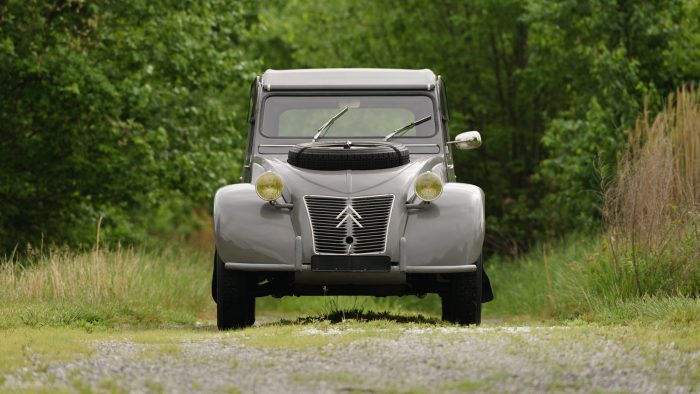 The current owner carried out additional preservation and restoration, either refurbishing parts or utilizing new old stock parts whenever possible. Both engines were removed and serviced, including rebuilds of both carburetors, and the car’s brakes and hydraulic system were also rebuilt. New components include wipers, brake lines, floor mats, seat upholstery and door panels, though many of the original parts are said to be included in the sale. 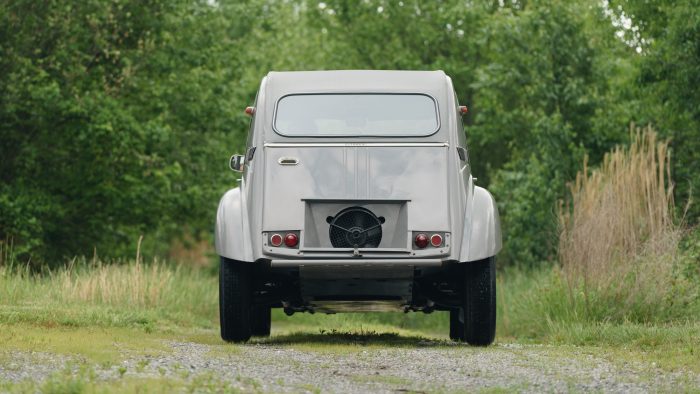 In 2010, Mark McCourt wondered when the Citroen Sahara would break through the $100,000 barrier, as prices to that point topped out below $87,000. Just two years later, an unrestored 1965 Citroen Sahara, used by the du Pont family to navigate their Block Island property, sold at a Philadelphia auction for a record-setting $142,500. To prove this wasn’t a one-off occurrence, a “barn find” Sahara sold at this year’s Paris Retromobile auction for a new record price of $192,717. 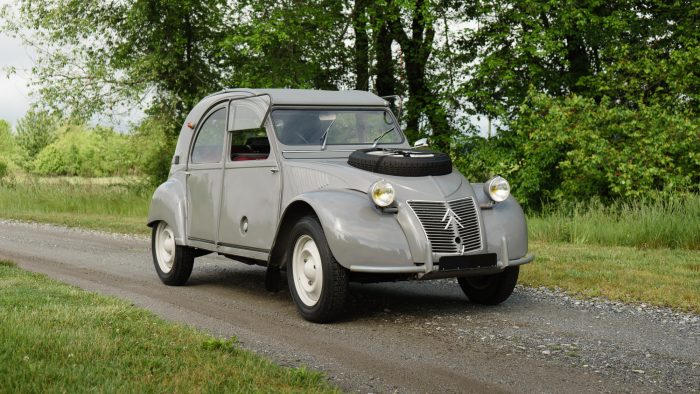 The Finest Automobile Auctions predicts a selling price between $95,000 and $105,000 when chassis 0233 crosses the stage in Hershey next month. If recent history is any indication, this estimate may well be on the conservative side.

For additional information on The Elegance at Hershey sale, visit TheFinest.com.