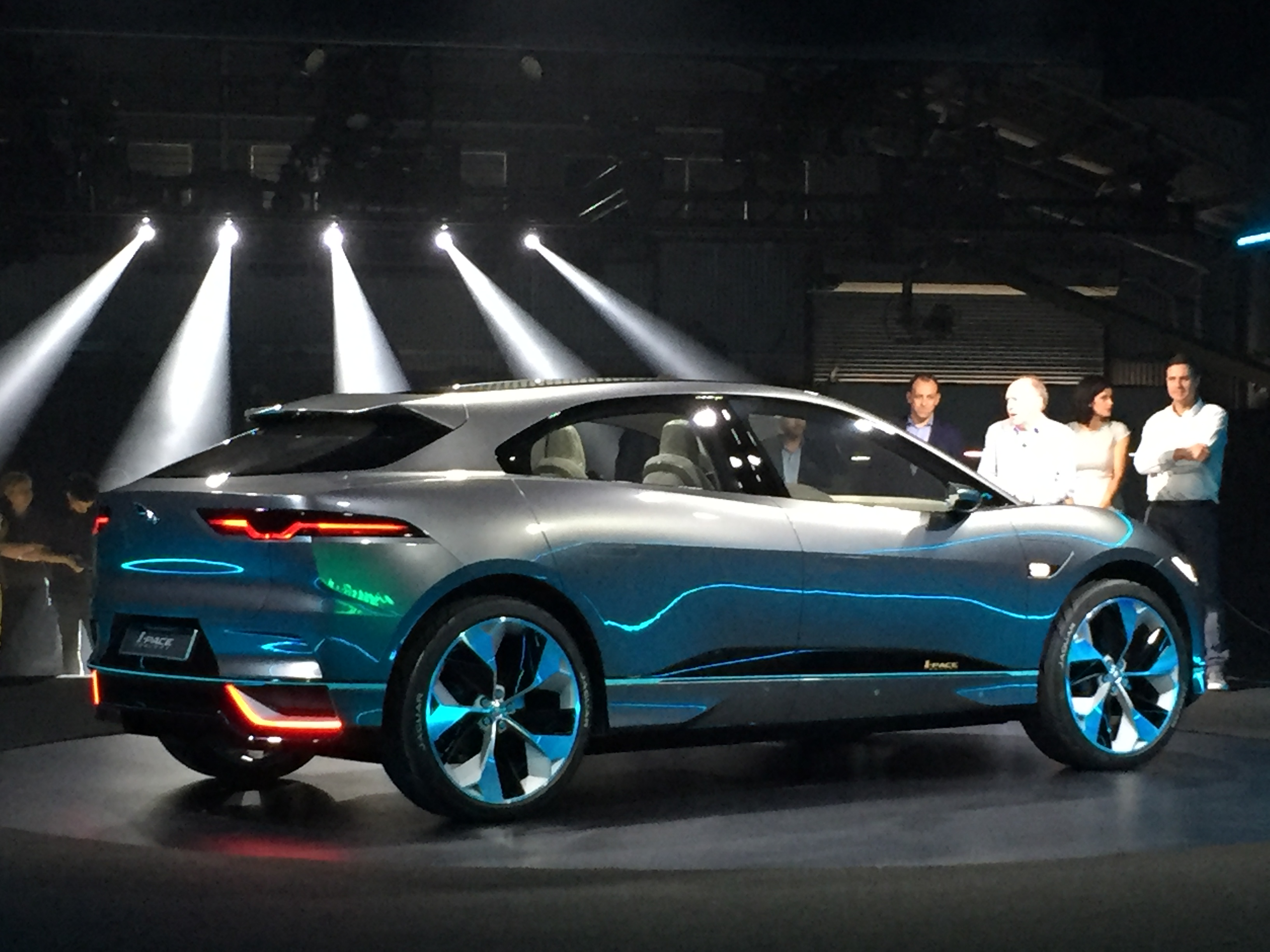 It’s the shape that makes the I-Pace stand out. While it’s instantly identifiable as a Jaguar, the proportions don’t attempt to mimic those of a conventional vehicle.

Instead, designer director Ian Callum took full advantage of the packaging freedom offered by an underfloor battery pack and a pair of electric motors with small dimensions.

The I-Pace has a cab-forward design that echoes, he says, the C-X75 supercar of 2010, a stunning vehicle that ultimately never made it into production.

A longer wheelbase than usual for a mid-size luxury crossover combine with a low cowl and a sharply raked tailgate, resulting in a distinctive and sporty shape quite different from the conventional SUV profile of the Audi e-tron.

The tailgate is topped with a long spoiler, to smooth airflow over the roof and direct some of it down along the rear window.

But it’s at the front that the I-Pace proves subtly daring. The mesh at the top of the traditionally shaped Jaguar rectangular grille leans back, opening a wide slot to let air flow directly up and over a depressed center portion of the hood. 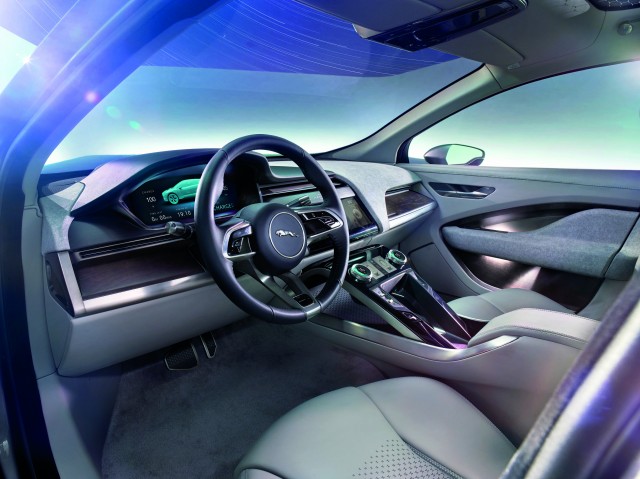 With prominent “haunch” or shoulder lines and the usual gigantic 23-inch wheels that concept cars sport, the effect is one of the racier electric-utility designs we’ve seen to date. Jaguar quotes a drag coefficient of just 0.29.

The liquid-cooled battery pack under the cabin uses LG Chem lithium-ion cells with a total capacity of 90 kilowatt-hours.

Each of the electric motors is rated at 150 kilowatts (200 horsepower) of peak output and 258 lb-ft of torque, producing 0-to-60-mph acceleration of around 4 seconds, Jaguar says.

Unlike some Tesla versions, Jaguar has chosen to use identical motors front and rear—to reduce design effort, among other things.

While the front and rear independent suspension is adapted from that of the current F-Pace crossover utility vehicle, Jaguar calls the underpinnings of the I-Pace a “new architecture.”

That suggests it may spawn additional electric vehicles following the I-Pace; executives were coy when asked that question directly.

The I-Pace will come with DC fast-charging as standard, using the CCS protocol. Jaguar quotes 90 minutes for an 80-percent recharge at 50 kw.