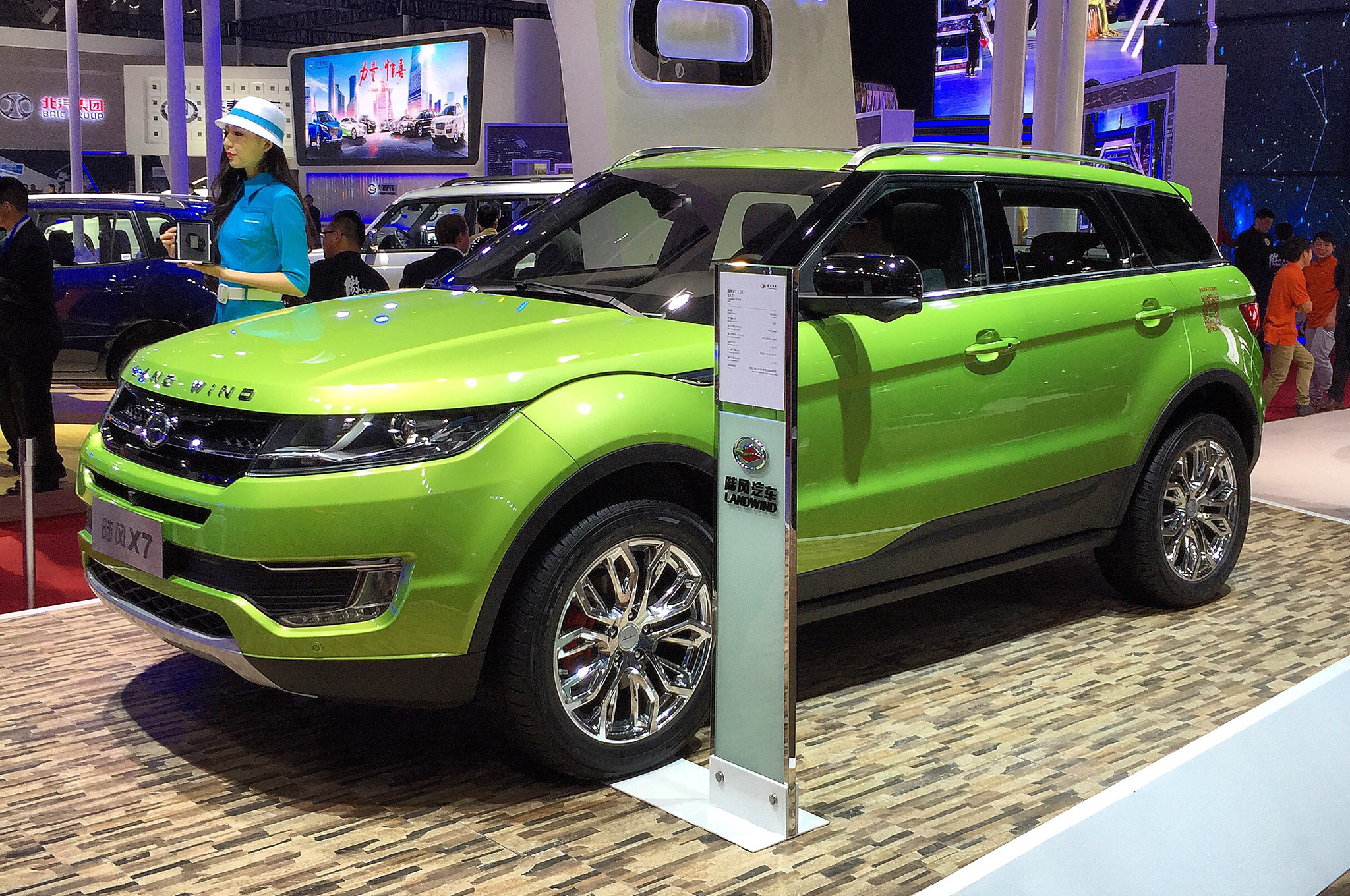 Jaguar Land Rover is suing Chinese automaker Jiangling Motor for copying the design of the Range Rover Evoque, according to a report from Reuters.

The lawsuit relates to Jiangling’s Landwind X7 (pictured above), which we saw at the 2015 Shanghai auto show. Other than the grille and the “Landwind” badge, it looks basically identical to the Evoque. The model goes for about a third of the Evoque’s price.

When asked to comment on reports it’s suing Jiangling for copying the Evoque, JLR confirmed to us that a court in Beijing’s Chaoyang district is serving the Chinese automaker with “actions surrounding copyright and unfair competition relating to this matter.” Jaguar Land Rover said it can’t comment any further on the legal proceedings.

Landwind revealed the latest version of the X7 in November 2014, and at that time, an imported version of the Evoque was already on sale in China. Ironically, JLR began selling Evoques produced in China last year.

The X7 is far from the only Chinese car that has been accused of copying another automaker’s design. But, as Reuters points out, it’s unusual for these automakers to actually go after the imitators. Why? Because they risk hurting their own reputation in China if it looks like they’re picking on a domestic automaker.

Unusual, but not unprecedented. Honda won a case against a small Chinese automaker that made a CR-V lookalike. The process took Honda 12 long years, and it only reaped $2.43 million in compensation.