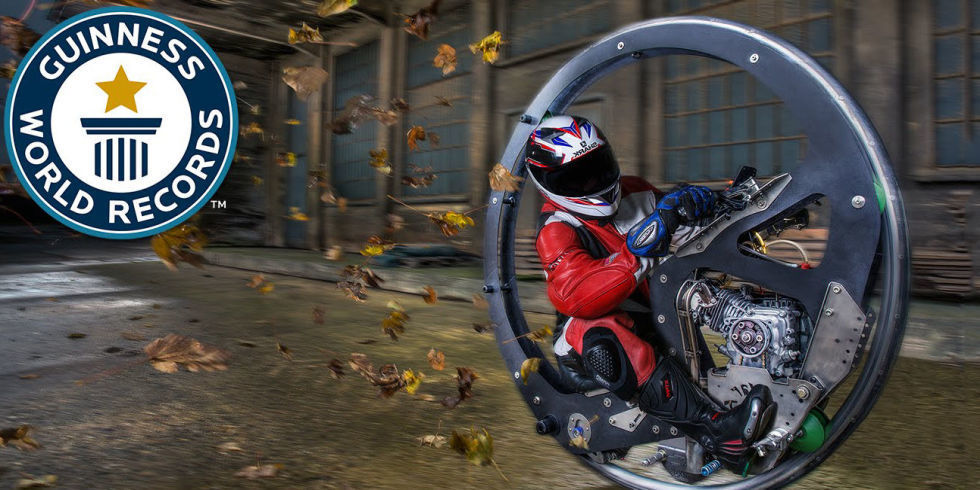 Kevin Scott, who holds the Guinness World Record for fastest monowheel motorcycle, just ask him you will know how fast this new form of transportation goes.

Scott’s 61.18-mph average speed, recorded in 2015, stands as the fastest monowheel top speed as recorded by Guinness, taking the place of a 57-mph record set by Kerry McClean way back in 2001.

Scott’s rig, named WarHorse, weighs roughly 214 lbs without a rider, with an overall diameter of 59 inches. Powered by a 200cc racing kart engine, it sports air suspension and a custom transmission.

And here’s the footage of Scott’s record-breaking run. Here’s hoping it inspires somebody to build an even faster monowheel.