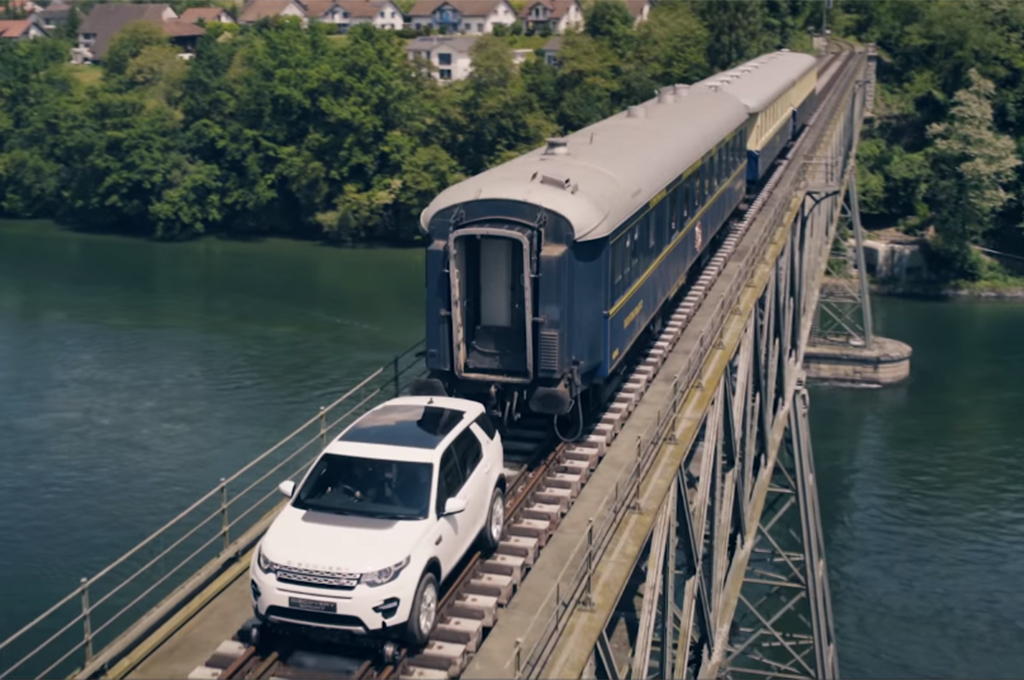 In an effort to show the capabilities of the 2016 Land Rover Discovery Sport, the British SUV maker attempts to pull a train with the compact crossover in a new video.

The 2017 Land Rover Discovery Sport is powered by a transverse-mounted turbocharged 2.0-liter Ingenium I-4 engine rated at 240 hp and 250 lb-ft of torque. Power is sent to the wheels via a nine-speed automatic transmission. Front-drive is standard, while Land Rover offers a choice of four-wheel-drive setups including Efficient Driveline or Active Driveline.

In the video, the compact crossover is hitched to three train cars that add up to 108 tons or the equivalent of a single Boeing 757 jet airplane, or 60 Discovery Sport models. The sole modification to the Discovery Sport in this stunt is a set of castor wheels to keep it on the railroad track.