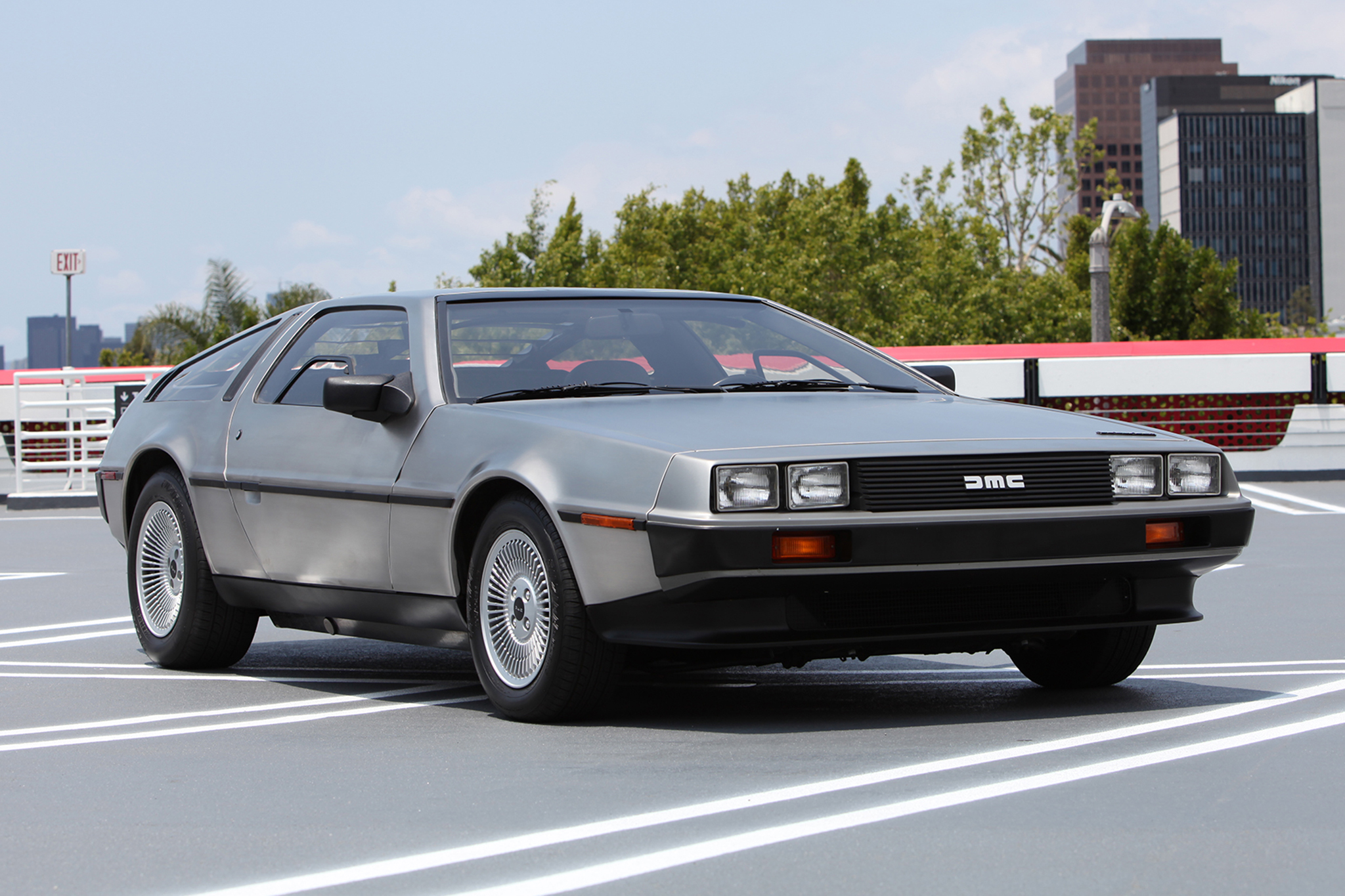 If you are a product of the 1980s and a supercar nerd like me, the movie “Back to the Future” has a special appeal. The time-traveling action comedy solidified Michael J. Fox as a household name for his role as Marty McFly. Yet his costar would gain recognition well beyond what its builders ever dreamed of — no, not Doc Brown, but the DMC-12 DeLorean that Brown and McFly used to travel through time.

Now you have the chance to own what is probably the most well-maintained DeLorean in history: the one owned by Matt Farah from The Smoking Tire, which is now up for auction.

After a series of production delays, the DeLorean finally launched for the 1981 model year but wasn’t met with much praise. The stainless-steel body was heavy, the engine weak, and the general build quality wasn’t up to even the standards of 1960s Rover. By 1982, more than half of the 7,000 cars the company built remained unsold and left DeLorean $175 million in debt.

John DeLorean, the company’s founder and namesake, was arrested later that year and charged with cocaine trafficking after being videotaped during a sting operation. DeLorean had more than 59 pounds of cocaine with him when the feds arrested him. DEA agents subsequently found another 220 pounds of cocaine nearby, also belonging to DeLorean.

The company was dead, the man in prison, and the weird little sports car mocked — that is until “Back to the Future.” Its stainless-steel body and crazy gullwing doors made it the perfect machine to travel through time for the movie. And as a young child, Farah developed a bond with the car and vowed to one day own one. Two years ago, he achieved that goal.

The car has only 4,400 miles on its odometer, and last year Farah took the DeLorean to DMC Los Angeles for a“Fix Everything” package. This amounts to rebuilding the engine, installing new wiring, and fixing every item that is prone to fail. Essentially, the DeLorean was rebuilt to a much higher standard than the original ever was.

Farah’s DeLorean also has the upgraded Euro-spec Eibach suspension, giving it the correct ride height, and still has its signature 15-inch silver alloys that perfectly preserve the car’s presence. Inside the car, the headliner was replaced and the speedometer gauge upgraded to the 140-mph unit. Every original trim piece that could be saved was, and Farah even has the original DMC floormats that were found still wrapped in plastic in the car’s trunk. 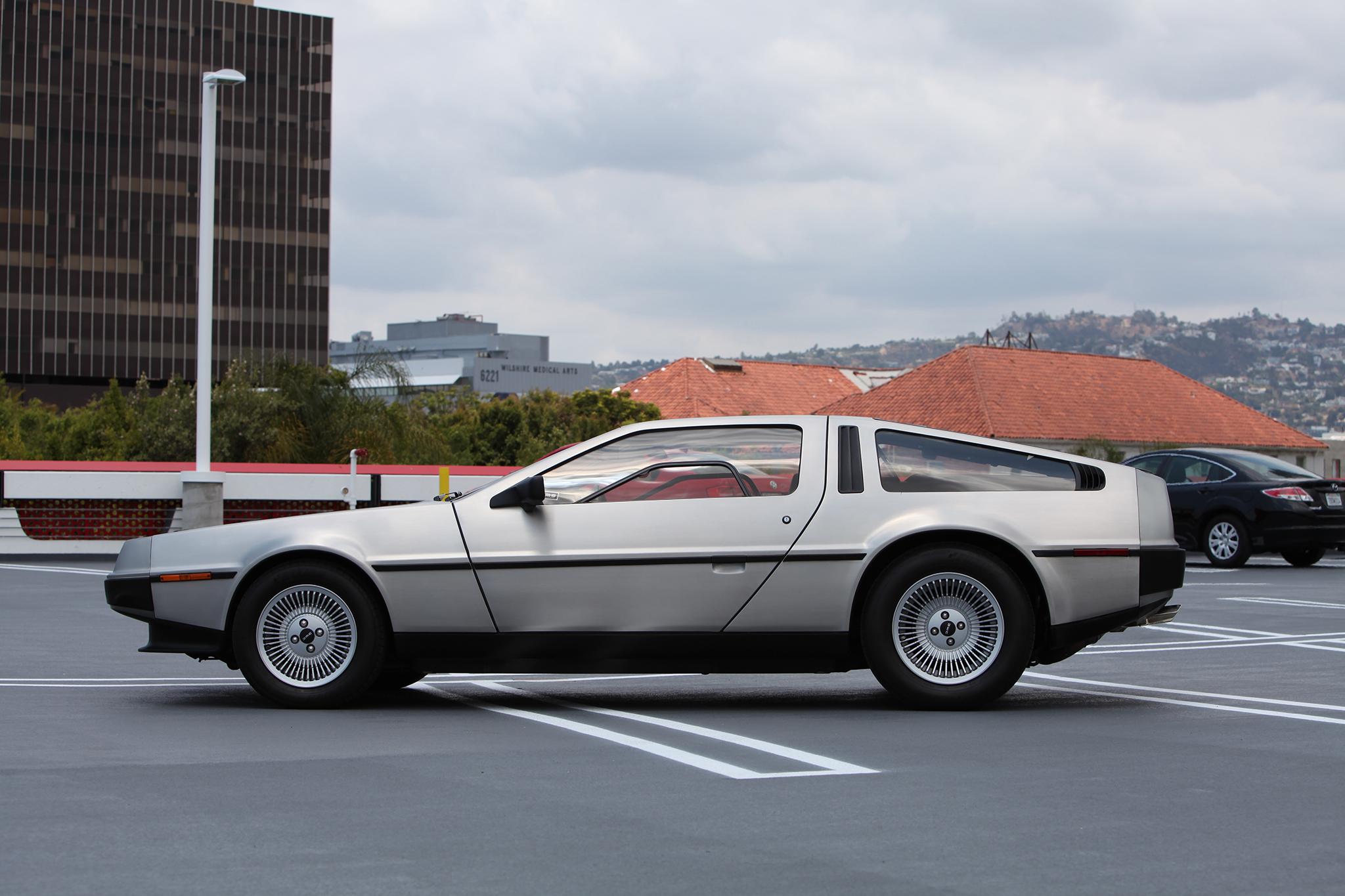 When the engine was rebuilt, the DeLorean received DMC’s Stage II Performance package, which includes upgraded cylinder heads, better-flowing headers, new camshafts, and a new exhaust all good for around 200 hp and 200 lb-ft of torque, although those numbers have not been verified on a dyno.

Farah has kept detailed records on everything he has done and done research into the history of the car. The car will be sold with its original California blue plates, two sets of keys, the owner’s manual, the original window sticker, original bill of sale, a DMC press kit, a showroom brochure, the warranty guide, a troubleshooting guide, its service log, and according to Farah, “a variety of other documentation.”

The auction on Bring A Trailer ends in a few days, so if you want a minty DeLorean DMC-12 to relive your childhood and see what happens when you hit 88 mph, then I’d suggest you break open your piggybank because “if you’re gonna build a time machine into a car, why not do it with some style?”