You are here: Home  /  Auto Show  /  McLaren 570S Sprint is the Trackday Car of Your Dreams – Motor Trend
Auto Show 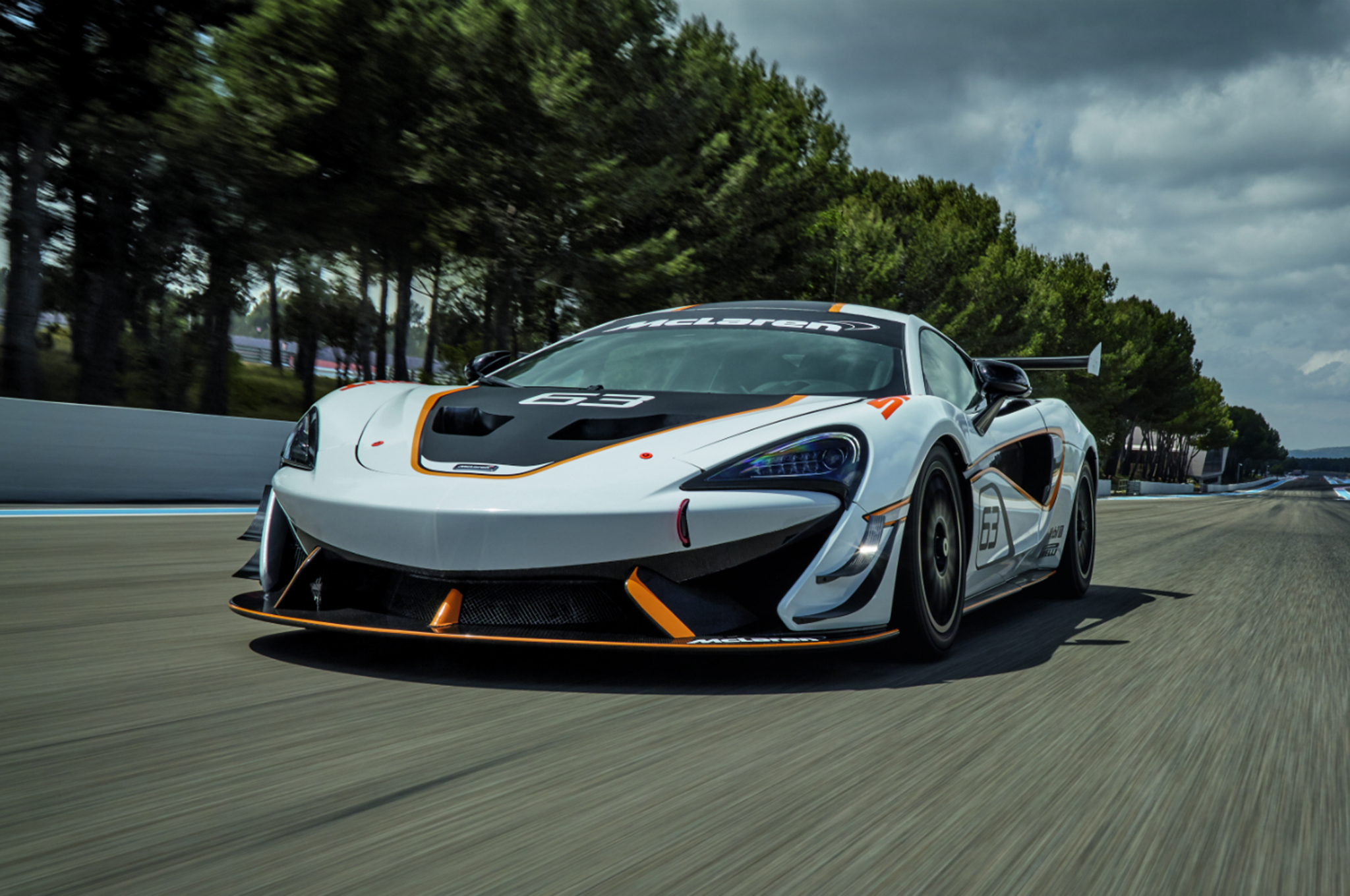 Do you want a wickedly-cool McLaren track-day toy, but missed the boat on the $3,000,000 P1 GTR? Well, call your financial advisor, because the British supercar maker just pulled the covers off a budget track-only variant of the McLaren 570S.

Similar to the P1 GTR, the new 570S Sprint is designed purely for the well-heeled trackday enthusiast. Like the GTR, the Sprint is not homologated for any existing racing series, so this serves as either the perfect open trackday bragging machine, or a ludicrously gorgeous piece of garage art. 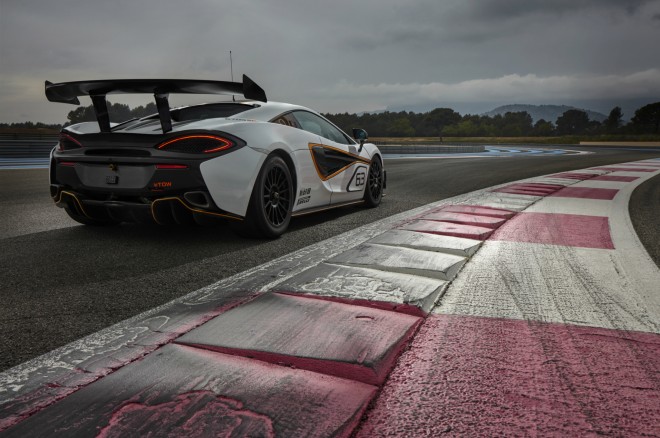 Either way, buyers are getting their hands on a serious car. The Sprint was developed alongside the already-unveiled 570S GT4, an FIA-compliant and homologated car for the GT4 series. As such, the Sprint carries much of the same go-fast goodies as the GT4, including many of the same safety systems.

Visually, the Sprint is not too far removed from the roadgoing 570S, aside from an aggressive front splitter and the sizeable rear wing. Standard race-spec hardware is scattered around the Sprint, including magnesium center-lock wheels wrapped in Pirelli slicks, motorsports-spec coilover suspension, a roll cage with a six-point harness, upgraded cooling system, and even a useful air-jack system. 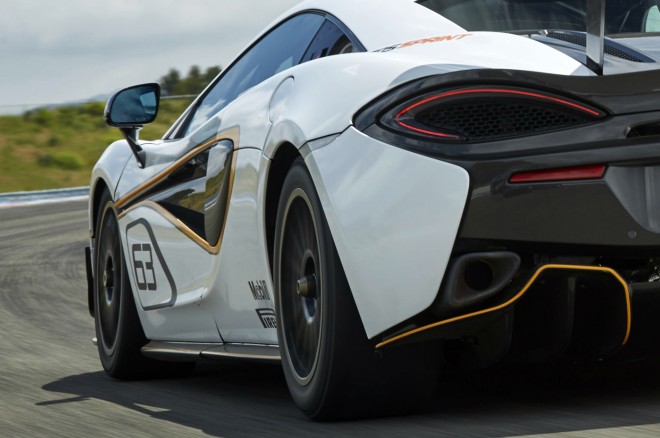 Power comes from the same ubiquitous 3.8-liter twin-turbocharged V-8 engine, sending power to the rear wheels through the same seven-speed dual clutch gearbox. Like the GT4, power specifics are not readily available, but expect the Sprint to share the same output as the GT4, which must adhere to the specifications set by the GT4 series.

Because the Sprint is nearly identical to the GT4, Sprint owners who feel ready to take on the big-dogs in the amateur racing scene can upgrade their car to GT4 spec. McLaren does not specify what this kit entails, nor does it reveal the cost of the package, but looking at a price comparison of the two cars, we can hazard an educated guess. The Sprint begins at right around $217,000 for British customers, an $18,000 deficit when compared to the $235,000 570S GT4. 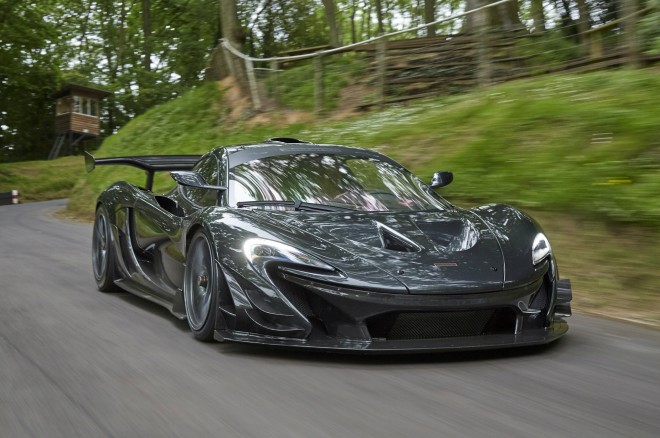 If these 570S race cars are too pedestrian for your gold-lined garage, but you still have a hankering for a new McLaren, we’ve got great news. Famed race team and restoration experts Lanzante Motorsports revealed an extremely limited run of street-legal (outside the U.S.) McLaren P1 GTRs. Limited to just five units, Lanzante bills these cars as the P1 LMs, a delectable throwback to the legendary McLaren F1 LM. If you are worried about Lanzante performing a chop-job on a GTR, don’t be. This was the team behind the F1’s victory at the 1995 24 Hours of Le Mans, and have since helped restore and maintain F1s.

Both McLarens make their official debut at the upcoming Goodwood Festival of Speed. In the meantime, take a look at the McLaren 570S Sprint in the video below, and check out the wild P1 LM in the photo gallery.

McLaren 570S Sprint is the Trackday Car of Your Dreams