You are here: Home  /  British Car  /  Cars Brands  /  McLaren  /  McLaren to celebrate its history with a run in the M8D Can-Am car at Goodwood
British Car 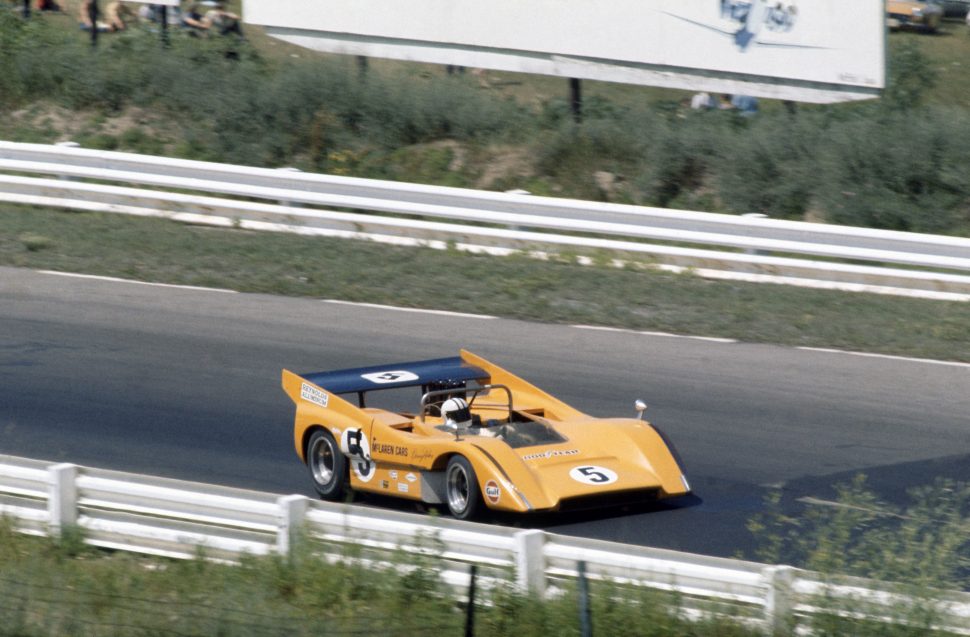 McLaren might be a small company as compared to the giants of the auto industry, but when it comes to success on the track, few can rival McLaren: 20 combined driver and constructor titles in Formula 1, multiple Indianapolis 500 wins, the most Can-Am victories—by far, a Le Mans trophy and countless lesser formula championships and wins earned since the company’s founding in 1963 by Bruce McLaren.

Celebrating a host of anniversaries, McLaren, now a manufacture of high-end sports car along with still being one of the premier racing organizations in the world, will bring a host of their historic cars to the annual Goodwood Festival of Speed for a run up the famous hill there during the June 23 to June 26 event.

Certainly, McLaren will bring various new car models from their “Sports,” “Super” and “Ultimate” mode lines, but they also plan on showcasing a bit of their history. Along with celebrating the 100th running of the Indianapolis 500 with the M15 that marked the team’s debut at Indy in 1970 and the 30th anniversary of Alain Prost’s 1986 Formula 1 championship with the turbocharged, carbon-fiber-bodied MP4-2C, McLaren will also run their iconic M8D Can-Am car up the storied hill. 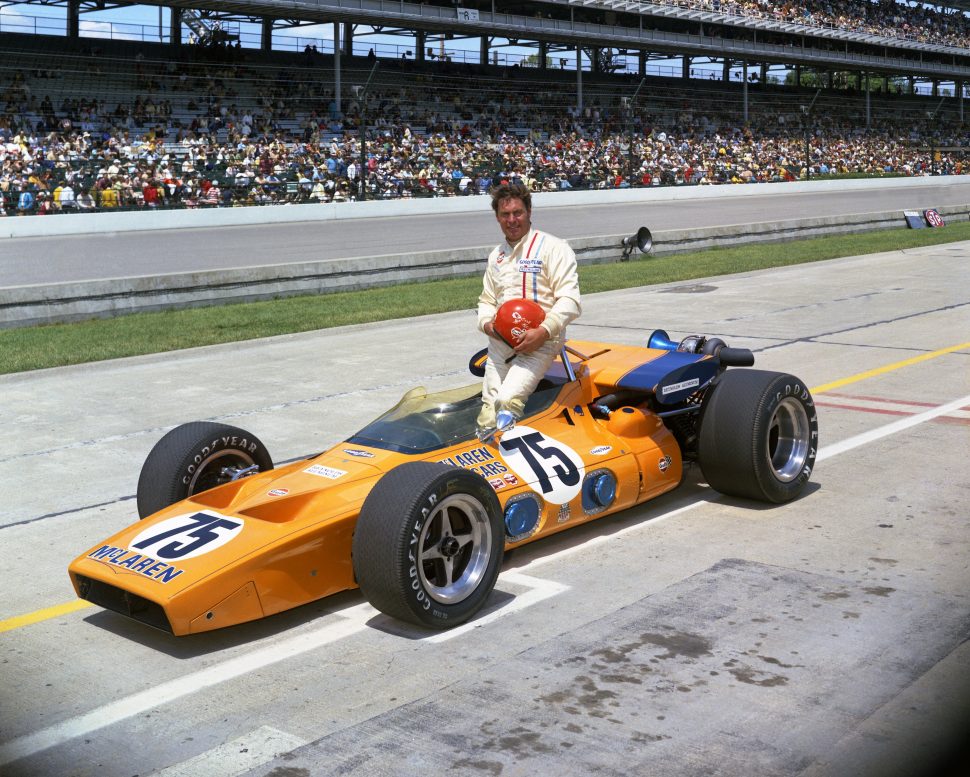 Carl Williams with the McLaren M15 at Indy in 1970. Photo courtesy IMS.

Fans of sports-car racing and McLaren will readily put together the car and place by recalling that company founder Bruce McLaren died at the already-closed Goodwood circuit on June 2, 1970, testing the M8D, when the rear wing and bodywork separated from the car at high speed, estimated at about 170 MPH. Losing downforce, the car lost all grip and spun off the track, hitting a protective embankment and killing McLaren instantly. Seeing the M8D at Goodwood, though for the hillclimb and not the closed course racing circuit, will almost certainly be an emotional experience for just about anyone.

The Group 7 class of Can-Am had very little in the way of engine rules, beyond a minimum of 2.5-liters displacement and a prohibition on gas turbines. Other than those two simple rules, pretty much anything was acceptable. McLaren had done well with reliable Chevrolet power for three straight years, so why change too much of a good thing for 1970?

The M8D, an evolution of the dominant M8B of 1969, featured a monstrously powerful liter Chevrolet big-block engine featuring a Reynolds-cast high-silica-content aluminum alloy engine block. McLaren used both 7.1-liter (430-cu.in.) and 7.6-liter (465-cu.in.) versions of what was essentially a fuel-injected, full-on race version of the vaunted ZL1 powerplant. At its peak, the 7.6-liter mill produced an astounding 680 hp in the M8D, putting that power to the ground via a Hewland four-speed transaxle and 16-inch wide rear tires! With just 1,398 pounds to push around, the M8D, with its advanced aerodynamics, could lap most circuits faster than a contemporary F1 car.

Though Penske and Porsche caught up to the team by 1972, McLaren had firmly established itself as a champion on the world stage with their remarkable performance in the M8s and the five Can-Am titles it helped earn them. Not long after that series demise, McLaren began amassing Formula 1 and Indy 500 titles for both drivers and the team.

The Goodwood Festival of Speed (and its sister event held at the circuit, the Goodwood Revival) are two of the best-attended vintage racing and classic automotive events in the world. The M8D’s run up the hill will surely be one of many highlights coming next weekend.