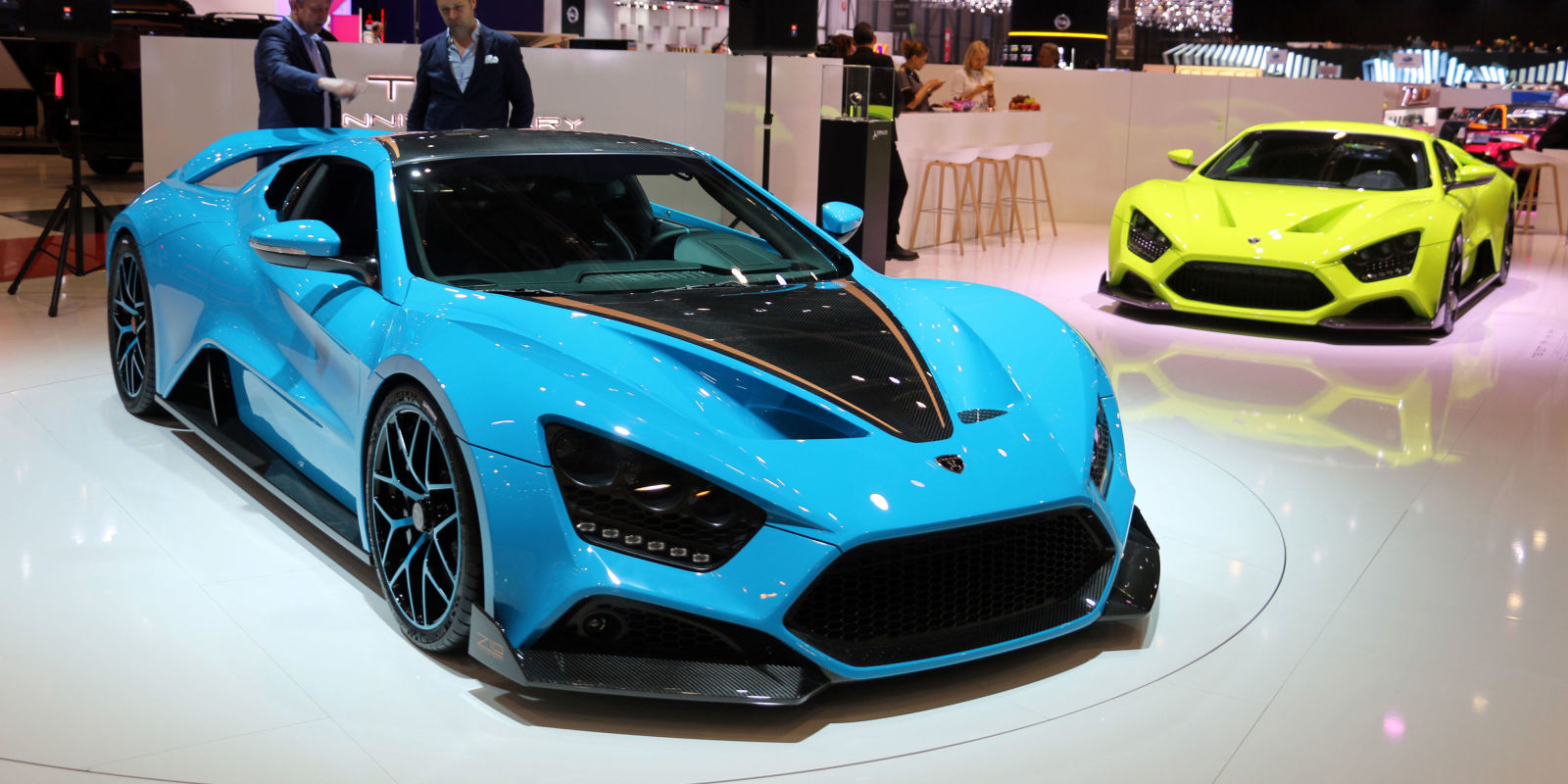 Meet the Company That’s Made 11 Cars in 10 Years

Perhaps it’s hard to believe, but Zenvo has been around since 2007. To celebrate their tenth anniversary, the Danish brought three cars to the Geneva Motor Show, one of which is a unique version of its 1163 horsepower TS1 GT. Not that two Zenvos are alike, but that’s not why I got confused standing next to their fluorescent speed machines. 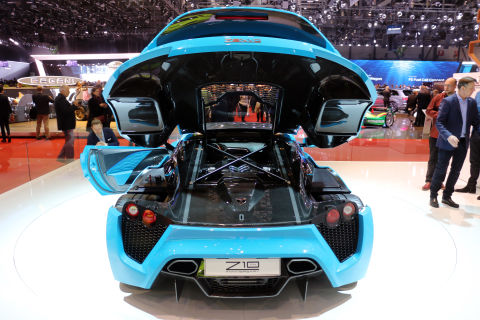 You see, the first twin-turbocharged ST1 prototype concept hit the scene in 2008, and last year, I was told that they built 12 of those before retooling for to the twin-supercharged TS1s. Now, the claimed number is 11, in total, since production started in 2011.

Either way, about 25 percent of all the Zenvos in the world made it to the birthday party, with the yellow one being the factory’s development car, complete with a torque dial and a giant wing. It seems to be a pretty intimidating machine, although production Zenvos don’t run on diet soda either. 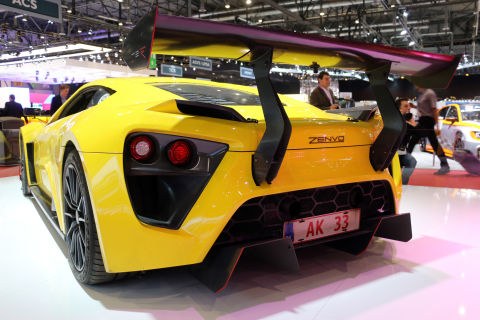 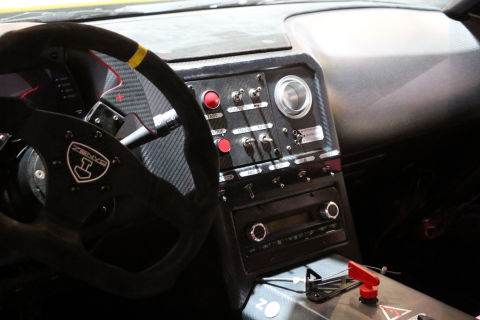 In fact, the TS1 GT uses a self-developed, twin-supercharged 5.8 liter V8 with sequential injection and a two-piece air-to-air intercooler, tuned to produce well over a thousand horsepower and 811 lb-ft of torque. You can’t see it though, because it’s all hidden under acres and acres of carbon fiber. The gearbox, a seven-speed semi-automatic with electro-hydraulic shifting, is also Zenvo’s own design, built in house along with the engine. The brakes are carbon ceramics, the suspension is a double wishbone design with manually adjustable springs and shock absorbers, and there’s even a hydraulic lift system for those tight urban moments. 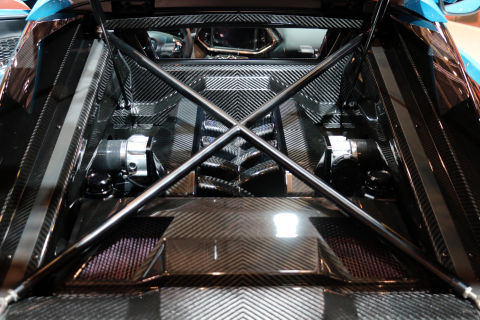 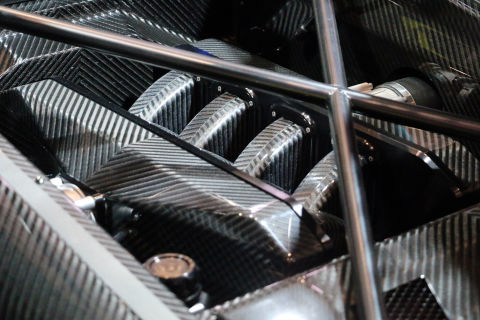 For the base price of $1.4 million, you also get a luxurious interior with an asymmetrical design. Switches and instrument surrounds are in copper and rhodium, with Zenvo claiming that these parts alone cost the same as a Porsche 911R. Not a second-hand one, obviously. The time it takes to produce one? According to Zenvo, nearly 8000 man hours. 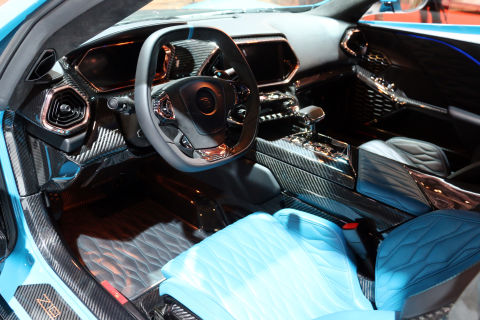 The 10th anniversary TS1 GT has been named ‘Sleipnir’ [pronounced: “Sleep-near”] after the eight-legged horse ridden by Odin, the King of the Norse gods. It’s also been painted ‘Fjord Blue’ with copper-bronze highlights and bare carbon-fiber details.

The other TS1 GT is simply green. Very green. Like, neon green, which of course is incorrect, since neon gas gives off an orange light. Either way, both Zenvos, like all (eleven?) Zenvos, are totally insane. 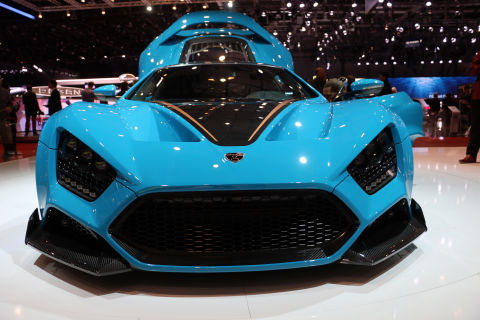 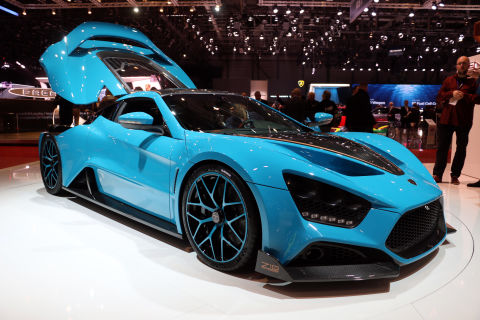 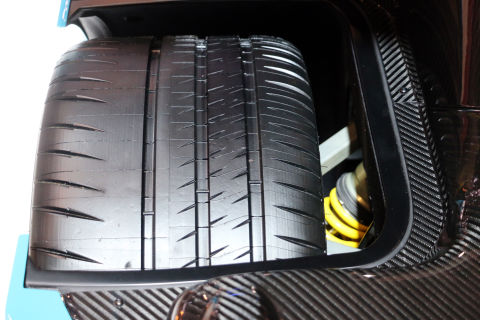 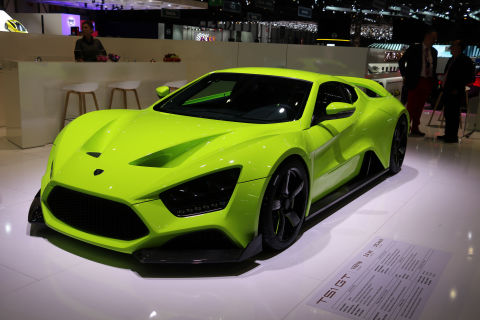 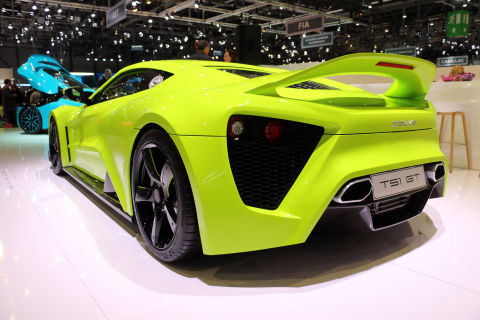 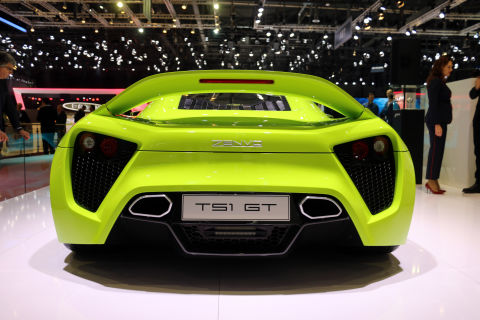 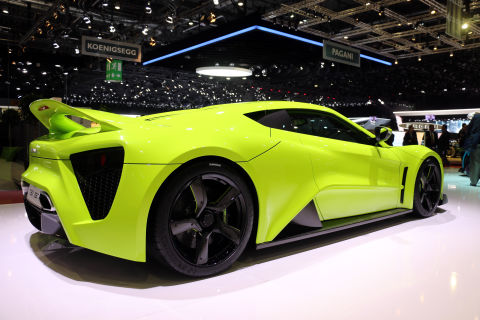 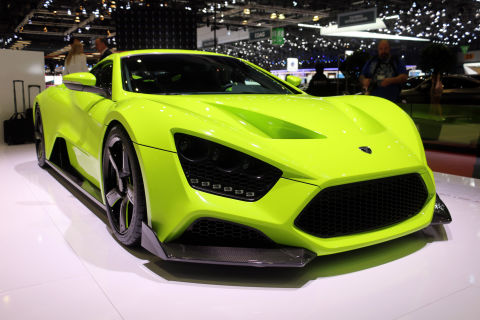 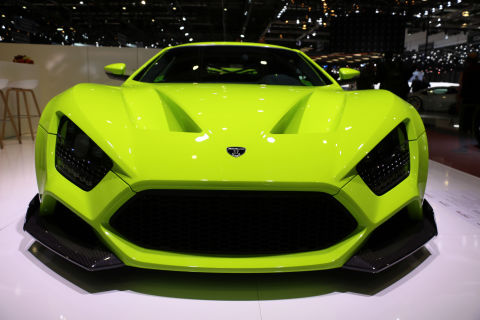 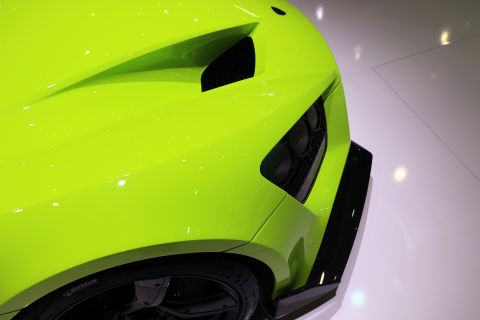 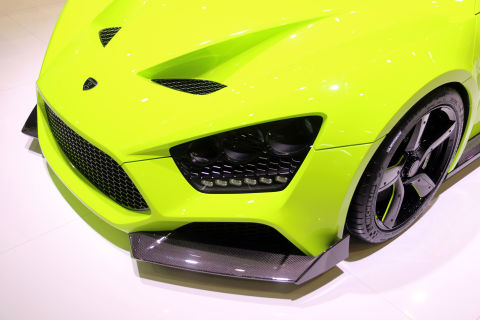