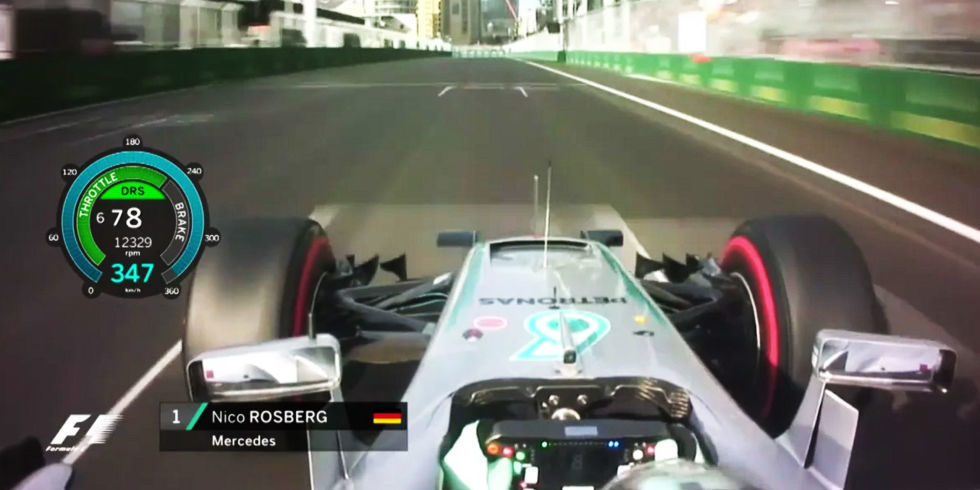 You’d think that turning such a quick, clean lap would require absolute concentration on the ABCs—acceleration, braking, and cornering. But this annotated cockpit video shows a different scene: Rosberg constantly fiddling with the myriad adjustment dials and buttons on his steering wheel.

Oh, and he’s upshifting and downshifting, steering and braking, nailing apexes and braking zones, and generally making it all look easy.

Keeping track of this many car adjustments, at that speed, requires superhuman concentration and brain power. Makes you realize how stupid we look when we drift out of our lanes while playing with our radios.

F1 Cars at Spa – Formula One Car vs. Street Cars