You are here: Home  /  Auto Show  /  Mercedes-AMG GLC 43 Coupe Isn’t All That Different from Its Bigger Brother
Auto Show 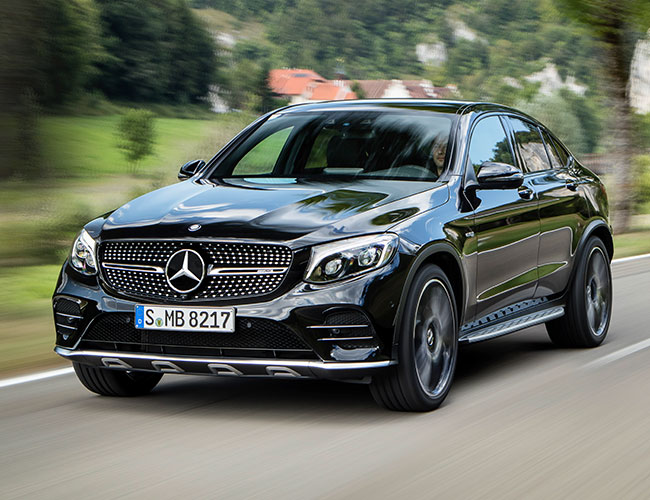 Let’s get to know the Mercedes-AMG GLC 43.

Despite enthusiasts’ cries for more two-seat roadsters and sport sedans, car makers simply can’t justify spending more money on those cars when the sales just aren’t there. Conversely, the crossover and small SUV market is the fastest-growing segment in the auto industry, which is why you’ll see manufacturers doubling down and coming up with more products that aren’t quite SUVs and aren’t quite wagons. BMW saw a lot of success with the X6, so naturally Mercedes announced its own performance-luxury crossover, the GLC, last year at the Frankfurt Auto Show. Now, the AMG arm has gotten their hands on the four-door coupe, as is the natural order of things.

The Mercedes-AMG GLC 43 Coupe isn’t all that different from its bigger brother, the non-coupe AMG GLC 43. The Coupe comes with a twin-turbocharged 3.0-liter V6 good for 362 horsepower and 384 lb-ft of torque, which is the right amount of shove you’d expect from an entry-level car sporting AMG badges. Its design and silhouette definitely make a case for the luxury crossover, so if you truly want a sporty-looking, small SUV with less practical cargo space than a larger SUV, the Mercedes-AMG GLC 43 should be on your radar. There’s no word on pricing yet, but that will likely be announced at the Paris Auto Show later this month.