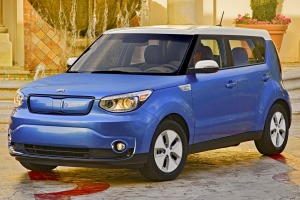 The 2016 Soul, on sale now at Kia dealerships, competes against such rivals as the Fiat 500X, Honda HR-V and the Mazda CX-3.IRVINE, California — Kia’s iconic musical hamsters return in their most ambitious ad campaign yet, a 60-second spot for the 2016 Kia Soul.

This latest ad, “Soul Jam,” which debuted on more than 34,000 theater screens nationwide, carries on the theme of the ubiquitous party animals having a blast while touting the fun-loving nature of Kia’s compact “funky urban passenger vehicle.”

Soon, more hamsters emerge from a Kia Soul, adding an electric guitar, trombone and drum to the mix.

Then still more hamsters arrive, along with a flood of people from surrounding city streets, and turn the scene into a world-music jam with a huge variety of instruments, including a tuba, Korean and African drums, ukulele, bagpipes, violin, accordion and a sitar.

There’s also a lot of dancing, by both humans and hamsters, ending with the tag line: “The world needs more Soul.”

Kia notes that bringing the hamsters to life in the new spot required almost 3,000 hours of computer-generated imagery (CGI) work. And to ensure the  authenticity of instruments, dance and clothing, Kia’s ad agency, David&Goliath, enlisted the help of specialists, including Dr. Steven Loza, chair of the UCLA Herb Alpert School of Music’s Department of Ethnomusicology.

To learn more about how the music for the spot was created, check out this “Making the Music” video:

Edmunds says: Kia has done it again, showcasing the 2016 Soul with a fun and creative spot starring the effervescent, musical hamsters.