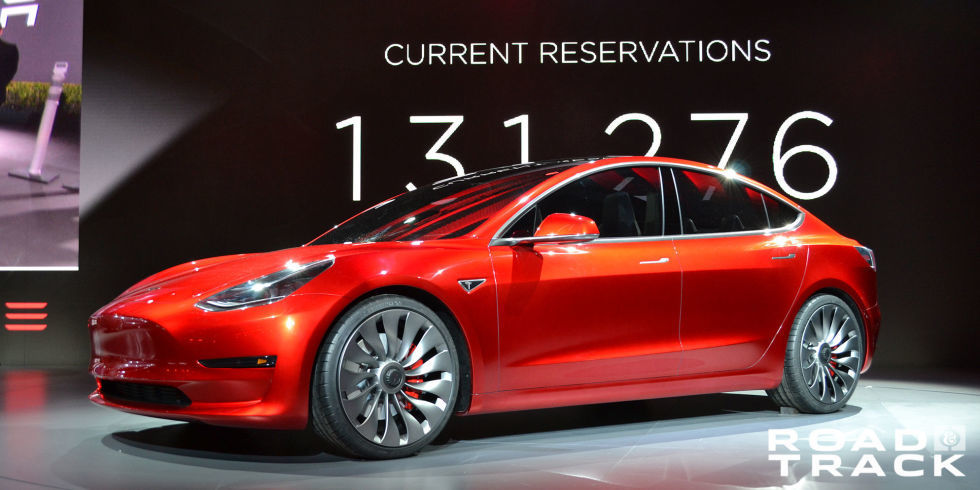 Well, uh, I hope you weren’t too beholden to the styling of the car we saw on stage at the unveiling, because it sounds like it could still change, perhaps in a major way. Did you fall in love with the Tesla Model 3 that was revealed at the beginning of April? Perhaps you were one of the 400,000 people (and counting) who plunked down $1000 to reserve a Model 3 when they begin production?

That’s because Tesla CEO Elon Musk has said that the fledgling automaker has more than a month left to finalize the car’s design. At Code Conference, an annual tech industry keynote series hosted by tech news outlet Recode, Musk told journalists Kara Swisher and Walt Mossberg that he expects the Model 3’s design to be finalized in six weeks.

“Almost all of the Model 3 design is done, and we’re aiming for pencils down basically in six weeks, complete pencils down,” Musk said. “And we’re tabling — you know, if there are ideas for future cool things, we’ll have it in version 2, version 3.”

That last part, about saving “cool things” for later versions of the car, could be a lightly-veiled reference to Tesla’s teething troubles with the Model X crossover. The electric SUV’s biggest gimmick, those roof-hinged, automated “falconwing” doors, have been a headache since before that car even debuted in front of customers. At the Model X unveiling, Musk admitted that ambitious features like the falconwing doors were a burden: “Some of the things are so difficult, they make the car better, but the difficulty of engineering those parts is so high, in retrospect, if we’d known the true engineering cost and manufacturing complexity, I think we would have done fewer new things.”

And earlier this week, Musk said of the falconwing doors, “We’re almost there in making [them] useful,” promising that they’ll work better than regular doors within the next month or so. Probably not the most reassuring news for early adopters who’ve already taken delivery of their Tesla SUVs.

Back to the Model 3, it’s not like we didn’t have warning: Before the $35,000 electric car concept was revealed, Musk commented that we wouldn’t see the fully production-ready version of the car until much closer to its on-sale date. It’s normal in the auto industry to show an idealized concept design, only to make significant changes on the way to the mass market.

Then again, delays and last-minute changes have sort of become an unintentional hallmark of new product debuts at Tesla.