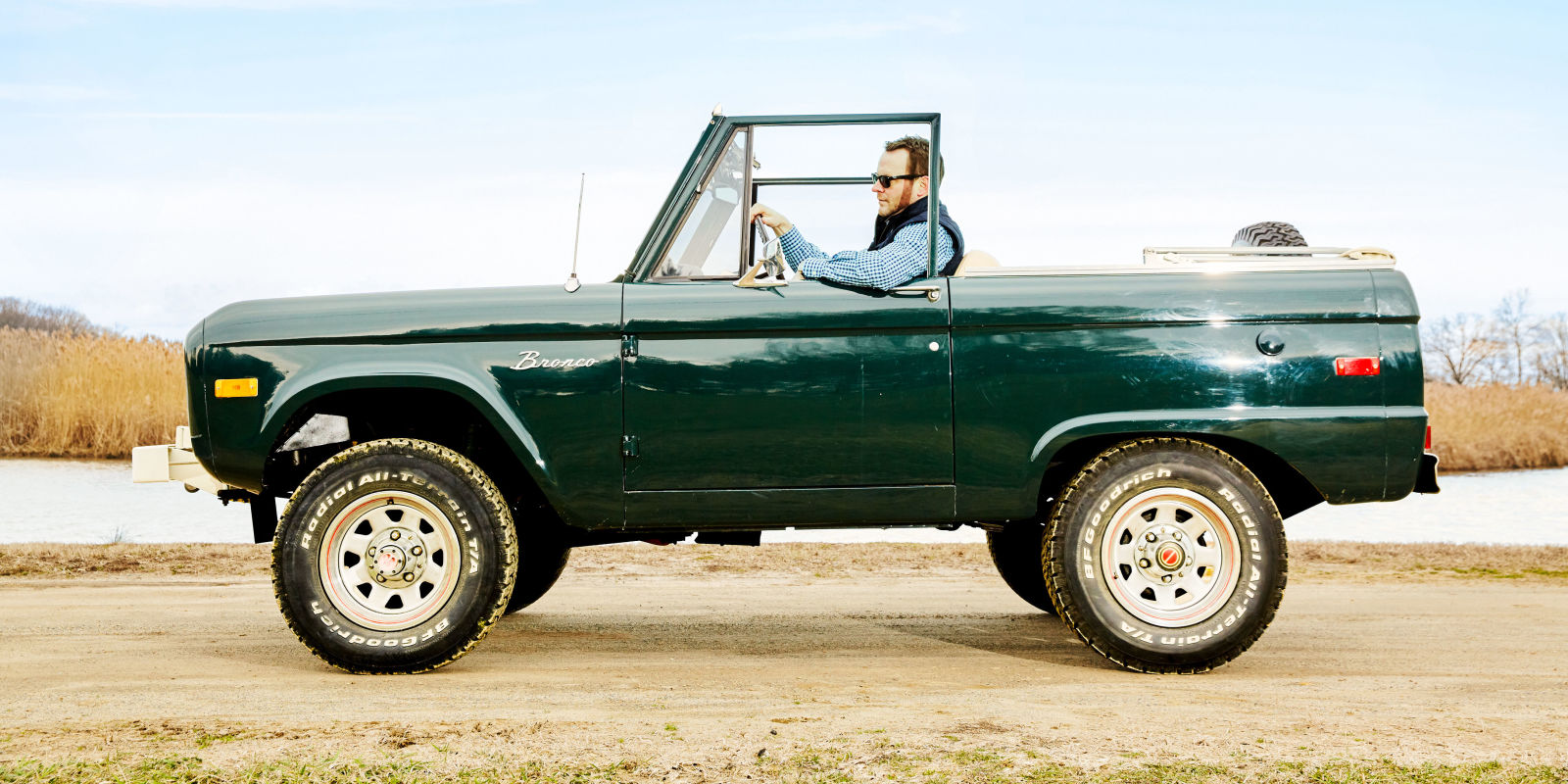 I’m from just outside Centre, Alabama. Cotton fields in all directions, neighbors a quarter-mile away. My grandfather lived nearby and drove a ’76 Bronco. It was army green with a white hardtop, three-on-the-tree, backseats removed so his hunting dogs could ride with him. My brothers and I would pile in and watch him drive. We idolized him and talked about getting old enough to drive it. But one day we visited and it was gone. “Everything is always for sale,” he said. Someone had offered him $4,000 cash, and he took it.

I grew up, moved away to Washington, D.C., and took a job answering phones. I didn’t make any money, so I was always asking friends for weekend gigs. My buddy and I got hired to refinish a guy’s deck while he was out of town—$100 to split, plus a six-pack. After a hot northern Virginia Saturday spent pressure-washing and staining, we walked out through the garage, where I saw this beautiful ’70s Bronco: It was immaculate. I ran into the owner a few weeks later and told him I wanted to buy it one day. But he told me he’d never sell it.

Why the Ford Bronco Is So Badass

More From
The New Vintage5 articles

This Is My Ride: 1987 Jeep Grand Wagoneer

A decade later, my grandfather passed. Age 92, a World War II veteran, married 65 years, with six great-grandchildren. I flew from D.C. to Alabama thinking about my times with him—fishing, basketball, and riding in his truck. Six months after the funeral, I get an email from the guy with the deck: “I’m thinking of selling the Bronco.”

I brought my wife and twins to see it. “I know you’re from Alabama,” he said, pulling out the paperwork. “It’s originally from a town called Centre.” I froze, then asked him to repeat that so my wife could hear. The Centre Fire Department used it before he bought it. I could have spent my childhood seeing it go by. He showed me the original title that the probate judge signed in 1973. I knew the judge’s son.

I drove it home with the title in my hand. The sounds of the door closing and engine starting, feeling the middle of the floor get hot—it was all familiar. I’m glad my kids get to grow up sitting in this Bronco, listening to my stories.

This story appears in the May 2017 Popular Mechanics.