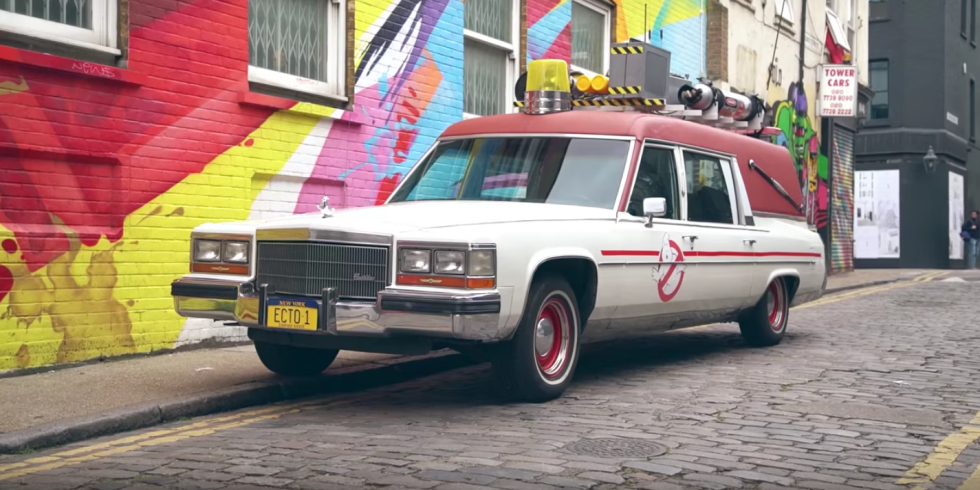 When in one piece, my Autobianchi certainly makes people smile in traffic, but that’s nothing compared to the effect ECTO-1 has on the locals. It’s just impossible not to love a good hearse. The Ghostbusters reboot is just about to hit the screens, and to make sure everybody got that message, Sony Pictures let Carfection’s Drew Stearne have a go in one of their ECTO-1s that I guess will be parked in front of London’s Odeon Leicester Square very soon for the premier.

Unlike the original ambulance, the new version is based on a 1984 Cadillac Fleetwood long-wheelbase with a Eureka hearse body, which is powered by the usual combination of a gutless 5.0 V8 and a smooth four-speed automatic.

Up until now, you could have one of these for well under $2000, but we shall see where the values go from here. What’s certain is that Sony already bought some of the nicest ones: