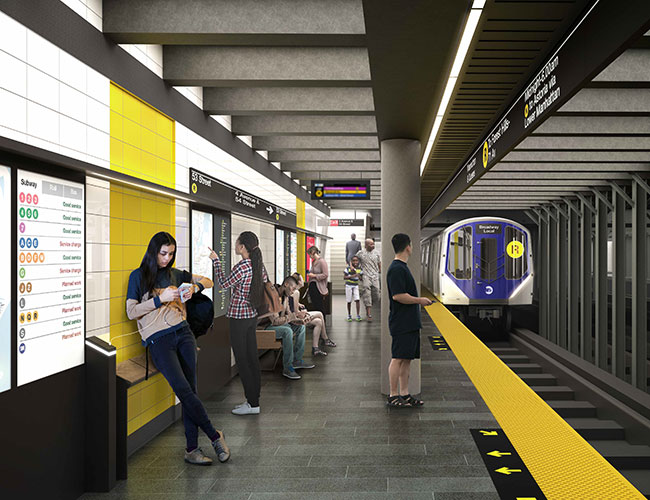 The plan will fund imperatives that aim to address current space issues and accessibility challenges but, most notably, will add wi-fi connectivity and charging ports for mobile devices to many trains and stations.

These improvements and upgrades are, many would argue, long overdue, and though a five-year plan sounds wonderful, changes and fixes inside the NYC subways are notoriously behind schedule. (The Second Avenue Subway line, set to partially open this December, has technically taken about 45 years to build — and was originally proposed nearly a century ago.) The MTA is also infamously something of a money pit. Despite taxes and increased ridership and fares, the organization needs to constantly borrow money to stay afloat. The fiscal situation is exacerbated by the fact that, despite providing service to nearly 6 million subway riders each day, the MTA loses money on every one.

But the new capital plan aims to remedy some of the strain on riders. It includes the addition of 750 “open-end” subway cars, which will feature accordion-style connections in between passenger compartments to increase interior space; over a thousand cars will be new or “reimagined” overall. For commuters this is a godsend: wider doors (an additional eight inches compared to current dimensions) for less inhibited access, for instance. Better lighting, digital displays and cameras all aim to increase passenger safety and usability. The addition of wi-fi and charging ports is interesting, to say the least, even if Governor Cuomo’s reasoning is a bit depressing: “people want to work, and they want their device to work 24 hours a day…They don’t want to have to look up.” (Finally we’ll be able to capture Pokemon 100 feet underground.)

Many subway stations will see overhauls too, from digital signs and train-arrival countdown clocks to more widespread wi-fi and charging ports like the forthcoming trains. Station renovations will commence as soon as this week’s proposals are accepted, and will begin in select Brooklyn stations.

Do you commute via public transit in New York City or elsewhere? Do you want a chance to win an issue of Gear Patrol Magazine? Share your opinion on the MTA’s plan below.