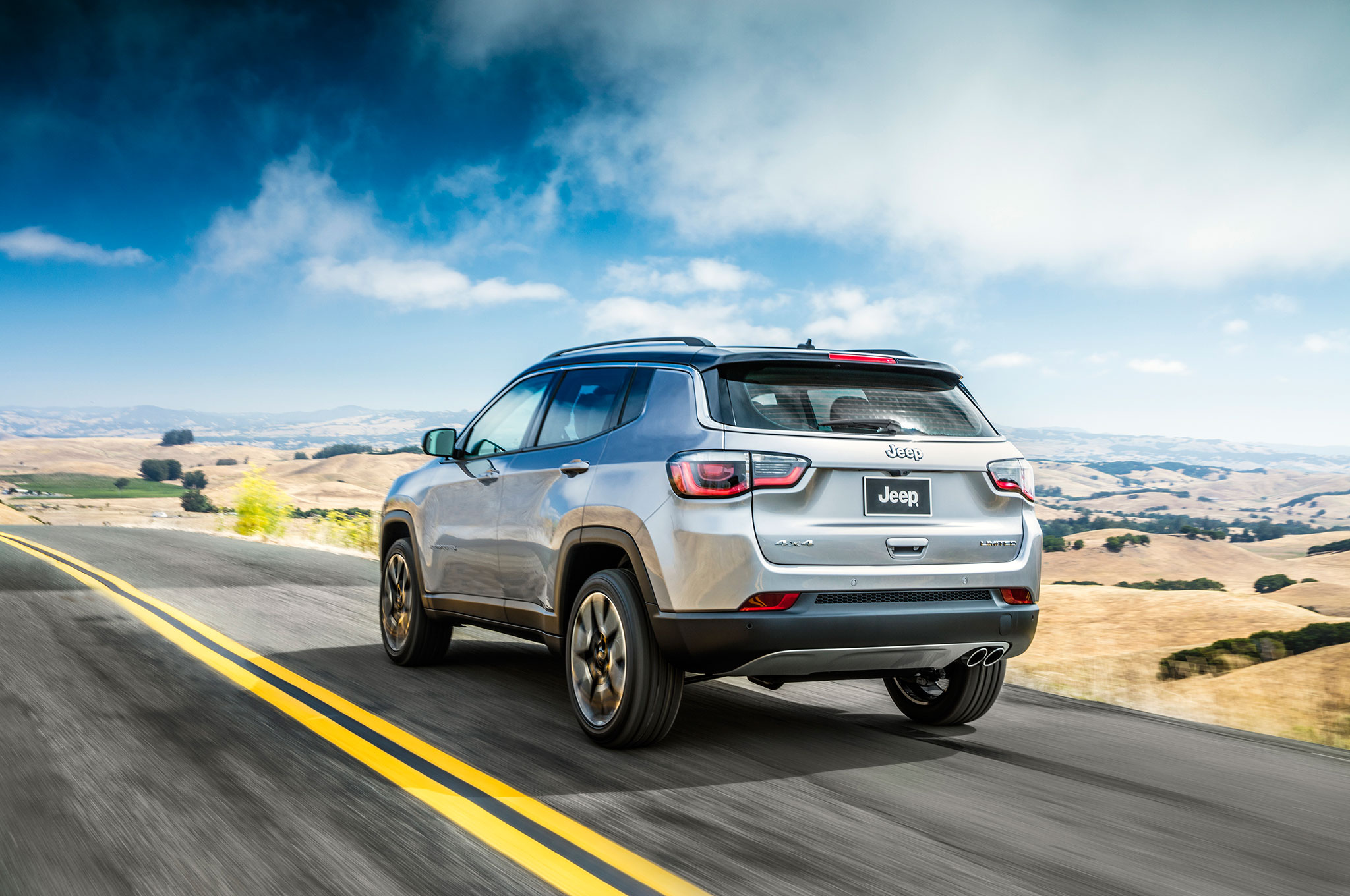 Though we were hoping the old Jeep Compass and Patriot would perform the fusion dance to become the Compatriot, only one of those nameplates gets to live to see another generation. FCA unveiled the all-new Jeep Compass at its Jeep plant in Goiana, Pernambuco, Brazil.

The automaker shared few details about the new crossover, but did say it will be offered with 17 powertrains across the globe and will uphold the brand’s reputation for off-road capability. FCA also says to expect advanced technology and safety features.

The outgoing Compass was styled after Jeep’s current range-topper, and the new model continues that baby Grand Cherokee look. Overall, the Compass’ shape is much less boxy than before, but the grille and headlights still bring to mind its larger stablemate. The model slots in between the Renegade and Cherokee, and rides on a stretched version of the former’s platform. Jeep hasn’t revealed powertrain options, but the Compass could receive the new 2.0-liter Hurricane turbo-four that’s in development. You can also expect FCA’s nine-speed automatic transmission to find its way into the C-segment crossover.

In addition to the Brazil plant, the Cherokee will also be built in Toluca, Mexico, and Guangzhou, China. FCA says we’ll see and learn more about the Jeep Compass at the Los Angeles auto show in November, ahead of the vehicle’s launch in the first quarter of 2017.