You are here: Home  /  Automotive News  /  Nikola Said Wheel Will be Powered by a 150-Hoursepower Electric Motor , System Total of 520 Horsepower
Automotive News 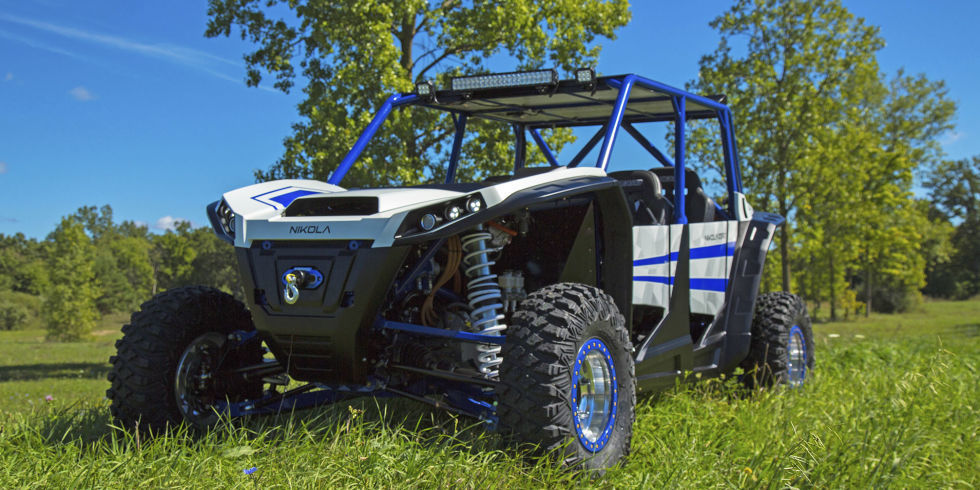 Nikola Said Wheel Will be Powered by a 150-Hoursepower Electric Motor , System Total of 520 Horsepower

Let’s start with the power. Nikola says each wheel will be powered by a 150-horsepower electric motor, giving it full-time four-wheel drive and a system total of 520 horsepower and 476 lb.-ft. of torque. That’s enough to launch the Zero to 60 mph in three seconds flat.

Compared to other side-by-sides, especially four-seaters, those numbers are insane. The recently announced Can-Am Maverick X3 makes 154 horsepower and hits 60 mph in 4.9 seconds. And while Polaris just announced its RZR XP Turbo will get a 168-horsepower engine, the current version’s 144-horsepower engine is only enough to hit 60 mph in 5.9 seconds. The Zero, meanwhile, will make almost that much power per wheel. 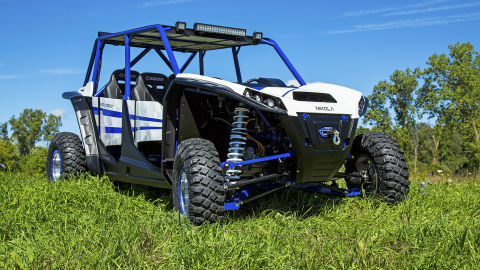 Aside from the huge amount of power, Nikola says the Zero will also offer a RZR-beating 20 inches of front and rear suspension travel, as well as 14.5 inches of ground clearance. And with no belts to break, you can expect better reliability on the trail. Plus, it’ll be entirely waterproof, so you don’t have to worry about frying the system during a water crossing.

Finally, there will also be a 400-volt solar panel on the roof capable of adding 10 miles of range per day. Nikola says the Zero will have up to a 200-mile range, so you likely won’t run out of juice on the trail, but if it works as claimed, the solar roof will give you a nice boost if your battery gets low.

We’re not sure when the Nikola Zero will go on sale (if ever) or when we’ll get to drive one, but if you’re intrigued by the idea of this all-electric UTV, Nikola is already taking reservations for $750. Final price, though, will be a lofty $37,000.