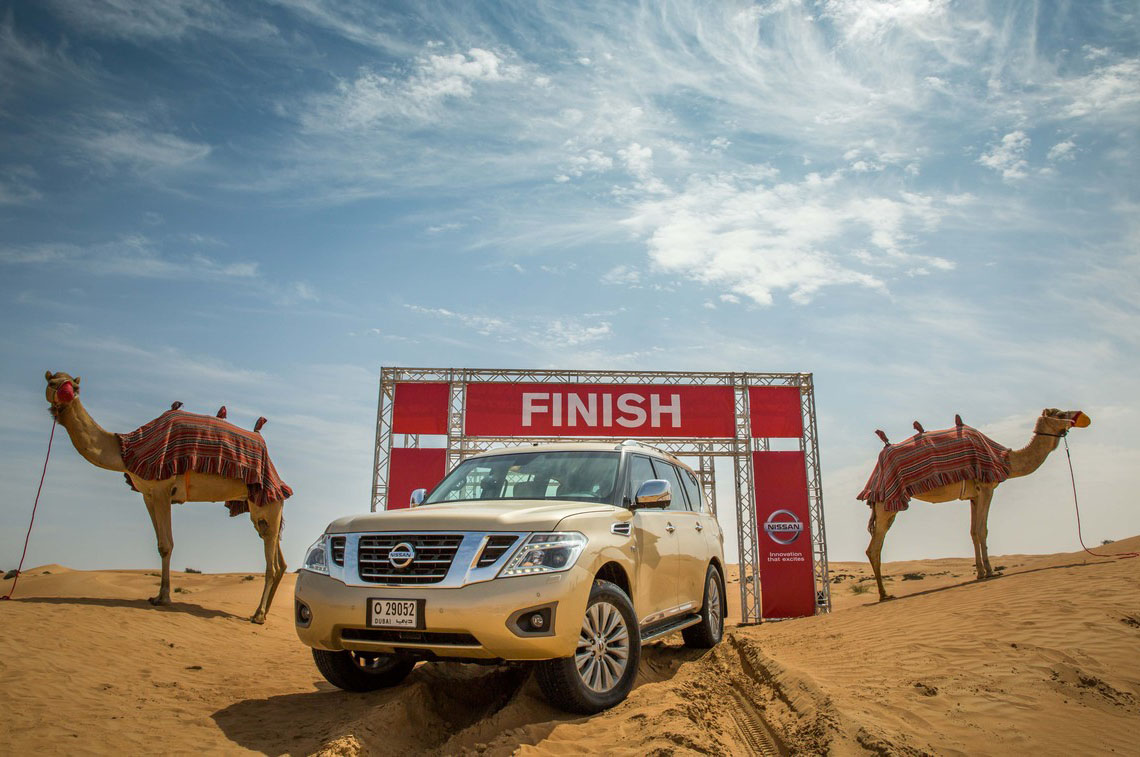 Horsepower is a great indicator of how a vehicle will perform on the road, but it’s not as strong at signaling how it will manage off the beaten path. That’s why Nissan has come up with its own unit of measurement: camel power.

Nissan engineers gathered together to define camel power, a measurement that they hope will more clearly define the performance of an off-road vehicle. Like horsepower, camel power had to be measured in a way that is universally reproducible. In the end, the automaker came up with a formula that can be applied to any off-road vehicle.

“Basically, we found that it comes down to the interplay between the vehicle’s weight, its velocity and its trajectory,” said engineer Joseph Rachid El Hachem in a statement. “Other factors including maneuverability, engine torque and of course the skill of the driver do come into play and cannot be discounted. However, if we standardize a vehicle’s approach speed and trajectory in a given environment, we can time how quickly it travels a set distance and subsequently factor in its weight to work out its Desert Camel Power.”

In the video below, Nissan starts off by running a camel along a test track in the desert, measuring the animal’s average speed. Soon, after working some numbers, the team was able to determine how many watts constitute a unit of camel power. Then, they brought out a Patrol SUV to determine how much camel power it provides. Watch the video below to get a better idea of camel power, and skip ahead to 5:55 to see just the testing portion.

Nissan hopes that camel power will become a recognized unit of power first on a regional basis and then globally. It has presented its formula to the Emirates Authority for Standardization and Metrology as a first step toward this goal. The automaker plans to market the camel power of its SUVs in showrooms around the Middle East.