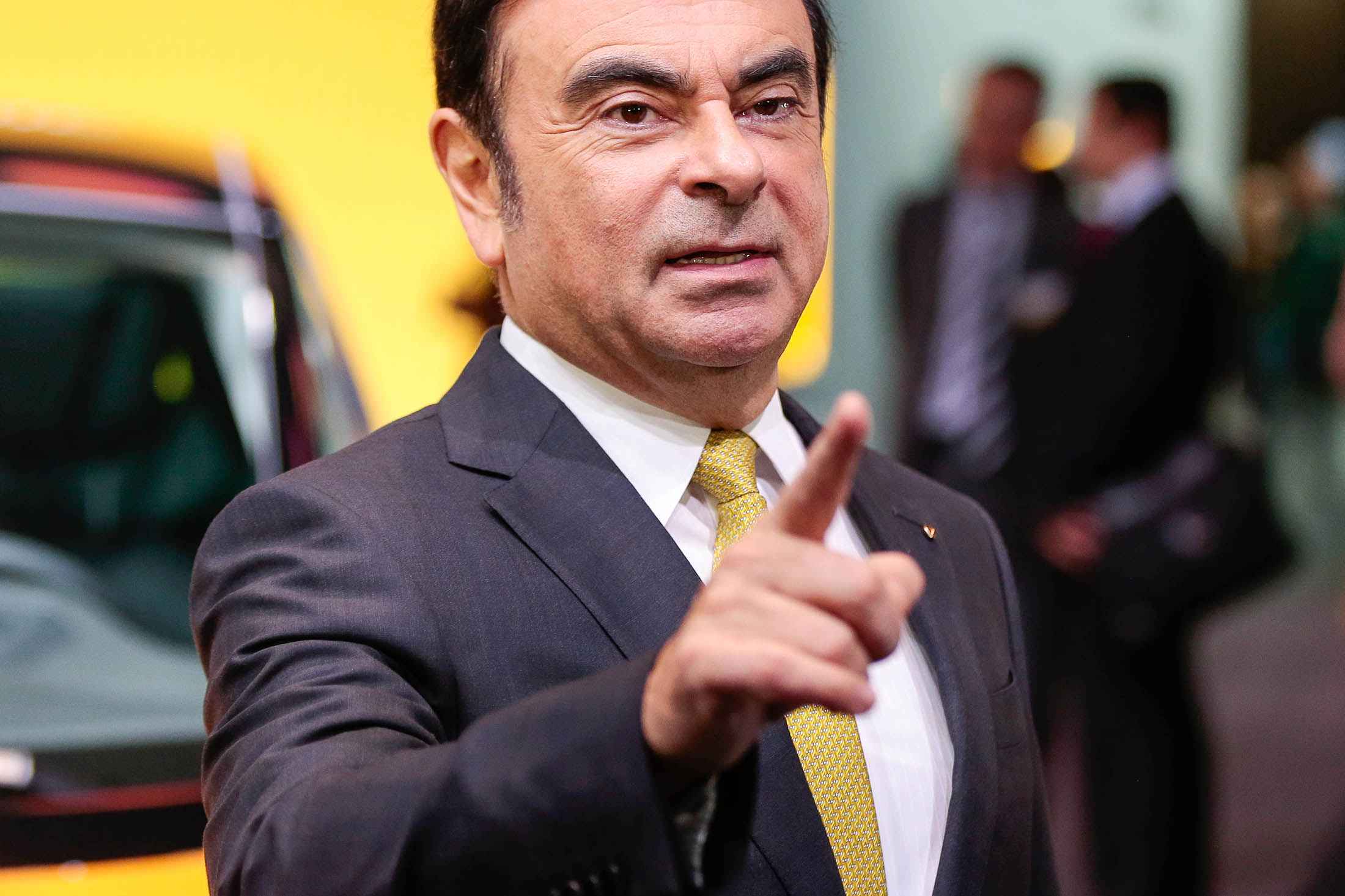 Carlos Ghosn, one of the auto industry’s most celebrated turnaround artists, is relinquishing his CEO role at Nissan Motor Co. and turning over day-to-day control to Hiroto Saikawa as he focuses on strengthening the carmaker’s alliance with Renault SA and Mitsubishi Motors Corp.

The move caught some observers by surprise. Only last October, Nissan elevated Saikawa to the co-CEO position along side Ghosn. However, the strategic challenges facing Nissan and its French alliance partner Renault have prompted the 62-year-old executive to step back.

Ghosn continues on as chairman of Nissan and the CEO and chairman of Renault. He’s also chairman of Mitsubishi Motors, a strategic partner 34 percent owned by Nissan that’s trying to regain consumers’ trust from a months-long fuel economy scandal.

“There’s a moment when you have to pass the baton to someone else,” said Ghosn in an interview with Bloomberg News. “I’ve always said I would love to have a Japanese to be my successor and Saikawa-san is somebody I have been grooming for many years.”

Ghosn is a big advocate of detailed planning, speedy execution, and a laser focus on what needs fixing. So it’s not surprising that he has entrusted Nissan to Saikawa, who’s credited with overhauling Nissan’s purchasing system.

That matters because procurement can make up roughly 70 percent of the cost of sales, according to Christopher Richter, a senior research analyst with CLSA Japan. “That was one of his big successes,” said Richter. “Saikawa is a very hard-charging manager. He’s similar to Ghosn in that sense.”

Part of the reason to make the change now is so that the new leader can shape Nissan’s next multiyear business plan — due to be announced later this year — and be responsible for it, according to Ghosn.

“Right now I’m accountable for the performance of Nissan, but from April 1, it will be Saikawa-san,” Ghosn said. “The change is the question of accountability.”

Ghosn built his reputation on one of the best turnaround efforts at Nissan, which he brought back from the brink of bankruptcy and is now bigger and generates more profits than Renault. In his time as CEO, Ghosn has steered Nissan to more than double the number of cars sold to about 5.6 million last year and increase the operating profit margin to 6.5 percent from about 1 percent.

Nissan and Renault have also made great strides in sharing parts and cutting costs from economies of scale. “The alliance has gotten to about the same level as Toyota and General Motors,” said Tsunenori Ohmaki, an analyst with Tachibana Securities Co. “They’ll try to refine it further.”

Ghosn has earned the sobriquet “Le Cost Killer” over the years for his rescue missions at Renault in the mid-1990s and later at Nissan, which ran off the rails before Renault bought a stake in 1999 and created one of the industry’s biggest automotive alliances.

He’s also been crucial to holding the Renault-Nissan partnership together, according to Maryann Keller, independent auto analyst in Stamford, Connecticut. “For the alliance to continue post-Carlos Ghosn, there’s got to be strong Japanese leadership inside Nissan that believes there’s an advantage in making it happen,” she said.

Like all companies in a rapidly changing industry, Nissan must adjust to new challenges such as self-driving technologies, the growing demand for electric cars and swelling trade protectionism in Europe and the U.S.

“It’s appropriate for Ghosn to step away from running the business day-to-day, and to devote all his time to thinking about the cosmic issues confronting the business,” Keller said. “It’s a different game today,” she said. “You can’t play it the same you played it in 1995.”

For Saikawa, the CEO job marks the apex of a 40-year career with Nissan, which he joined from Tokyo University back in 1977. He served on the board of Renault, Nissan’s biggest shareholder, between 2006 and 2016, during which the alliance came under pressure from the French state, which had increased its stake in Renault without informing Ghosn.

Saikawa led Nissan’s negotiations with Renault and the French government in 2015 to address an imbalance in the alliance’s ownership structure: the now more profitable Japanese partner had no voting rights for its stake in the French carmaker. A crisis was averted after the French government pledged not to interfere in Nissan’s governance.

“I don’t think a merger is on the table,” said Ghosn, who will continue to lead as chairman of the alliance. “It has been said very clearly, many times, particularly by Nissan during the discussion with the French state that there will be no merger as long as the French state remains a shareholder of Renault.”

By adding Mitsubishi Motors to the group, Ghosn is attempting to meld three carmakers into a partnership that sold almost 10 million vehicles combined last year. That put it just shy of the top three carmaker groups led by Volkswagen AG.

Among the first results of cooperation between the three companies, Renault, Nissan and Mitsubishi Motors will share a common platform for a budget electric vehicle in China, which will allow the them to capture the boom in electric vehicles there, Ghosn said.

While he seeks to put his stamp on Nissan, Saikawa faces some immediate challenges in the all-important U.S. market where sales incentives are pressuring profits and the Trump administration is calling out automakers with investments in Mexico.

Nissan, which spends the most among Japanese automakers on U.S. discounts, said it’ll seek to rein in selling costs and recently posted a third consecutive quarterly decline in operating profit. While the discounts helped fuel a 14 percent gain in U.S. sales last year, it has come at a price in terms of profit growth.

While Toyota Motor Corp. and Honda Motor Co. raised their earnings forecast because of a weaker yen, Nissan has maintained its profit outlook given a mixed performance, where sales in China trailed the industry’s growth and outpaced the market in the U.S.

Japan’s second-biggest automaker would also take a hit if President Donald Trump follows through on threats to slap a “big border tax” on automakers exporting vehicles made in Mexico to the States.

Nissan is the biggest auto producer in Mexico and exported 46 percent of the cars built in the country to the U.S. last fiscal year. A border tax would require Nissan to raise prices $2,298 per vehicle coming out of Mexico, according to Baum & Associates, a research firm in West Bloomfield, Michigan.

As for the Nissan management succession, one analyst was puzzled by the timing. “I’m not sure why Nissan announced a change in CEO from Carlos Ghosn to Saikawa-san at this moment,” said Takeshi Miyao of Tokyo-based market researcher Carnorama. “It is a big surprise for the industry.”