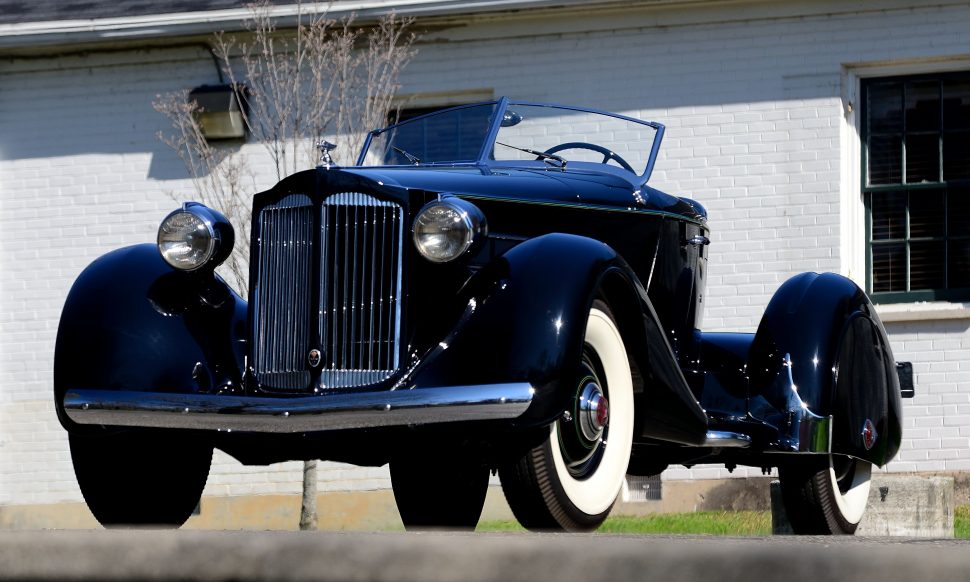 Rather, he probably cared more about how fast he got to the show field in his amalgam of Packard, Auburn, and other old car parts that added up to a boattail speedster that will hit the auction block later this summer. Dick Saunders likely didn’t care a lick about labels like Full Classic or particulars like which class he’d park with on the show field.

Saunders, of Rensselaer, New York, who had worked for a Packard distributor in Albany, reportedly had a habit of sticking powerful engines from big cars in places where they didn’t necessarily belong. Packard V-12s went into various non-V-12-powered Packards; Marmon Sixteen engines and Stutz overhead-camshaft straight-eights went into various other cars.

However, Saunders’s masterpiece – or, at least, the only one of his creations to attract a good amount of attention over the decades – began to take shape when he obtained a circa 1929 Auburn boattail speedster body and began to fiddle with chassis and drivetrains to power the body. He first used a Marmon Sixteen drivetrain – possibly on a packard chassis – but, apparently unsatisfied with that combination, transferred the boattail to a 132-inch wheelbase 1936 Packard Series 1403 Super Eight sedan chassis and fitted 1937 Packard front sheetmetal and 1935 Packard fenders in the rear. Instead of the 150 hp 384.5-cu.in. straight-eight that came with that chassis, Saunders dropped in a Packard V-12, engine number 904080, good for about 175 horsepower and 473.3 cubic inches.

(Saunders likely knew of the handful of boattail V-12 Packards that emerged from Detroit during the mid-1930s. Packard itself built one for Edward Macauley in about 1932 and revised it a couple times over the following years, then in 1934 LeBaron – apparently inspired by the Macauley roadster – built about four or five on the Series 1103 chassis.) 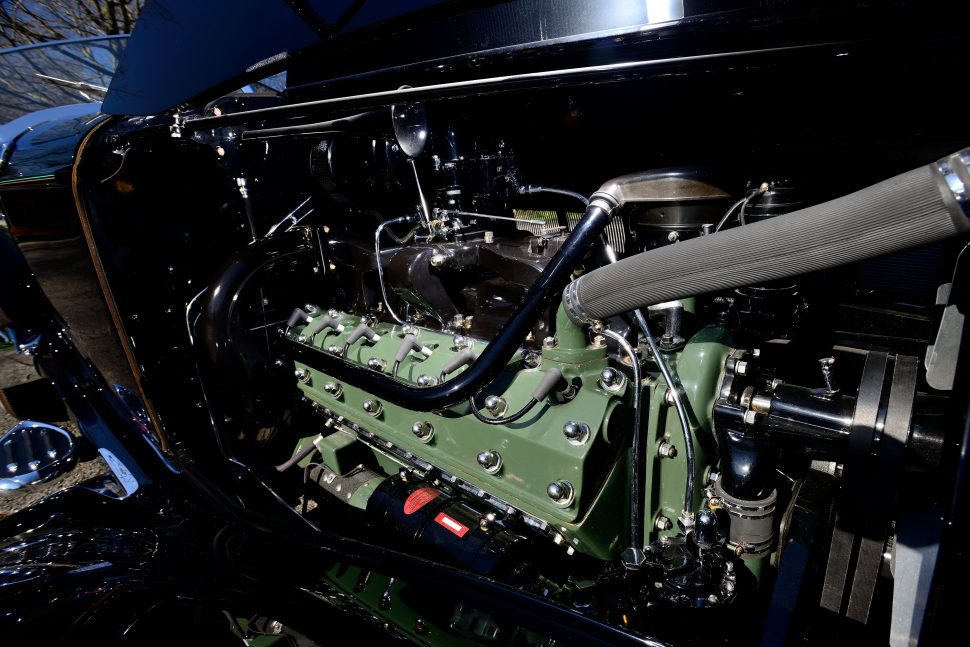 Saunders didn’t stop there, however. A set of low-mounted headlamps molded into the fenders and a bit of a lean to the grille shell gave it a sleeker look, backed up by the twin McCullough superchargers sourced from a couple Grahams and the sewer-sized exhaust pipe from a Brockway truck that he fitted to the V-12.

And Saunders certainly put all that available power to use. One account of the car from when it had the Marmon engine had it covering the flying half-mile in 17.4 seconds. A regional club newsletter simply noted that “those who have traveled in the car says it really has the power.” An article on the car in a 1988 issue of the AACA’s Antique Automobile related that Saunders regularly trolled late-model Jaguars, Corvettes and Thunderbirds in the speedster. 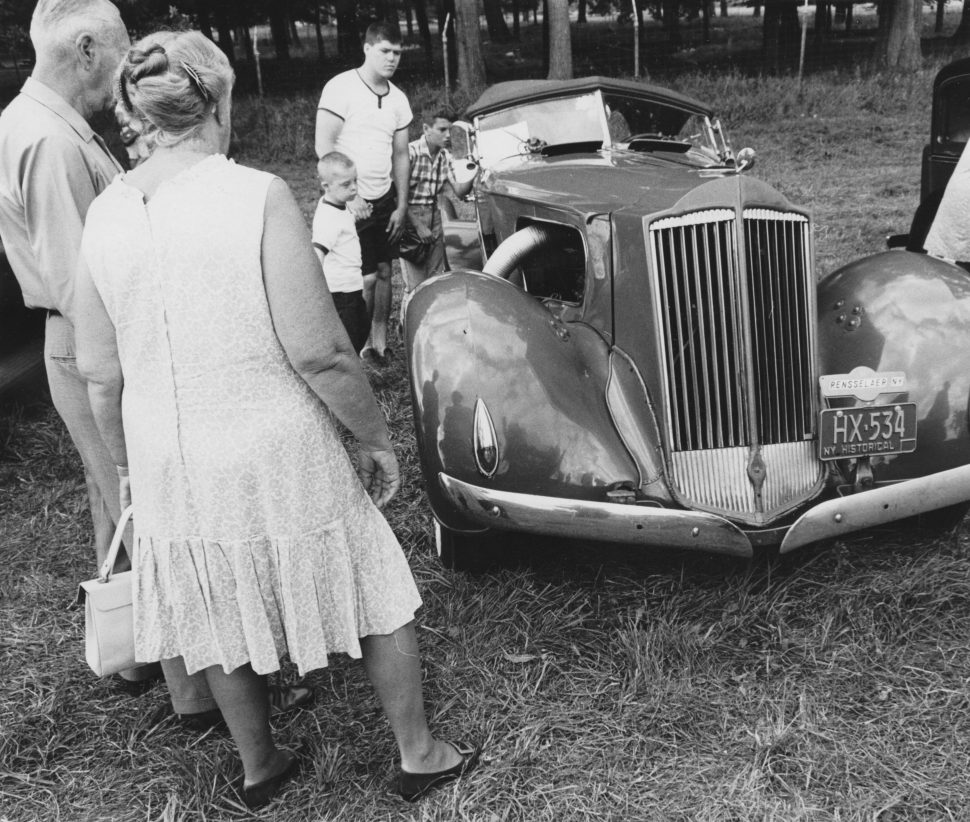 At the Bennington Car Show in the 1970s. Photo courtesy UVM Landscape Change.

From the time when Saunders originally built the car (as early as 1947), he continually tinkered with it, revised it, and drove it until his death in the late 1970s. Afterward, it headed out to Illinois for a restoration, one that picked up an authentication from designer and coachbuilder Howard A. “Dutch” Darrin, then in his 80s, who claimed he built the car in Paris for “a wealthy East Coast Canadian who wintered in the South of France,” according to the above-cited Antique Automobile article. The Packard – carrying a $700,000 to $750,000 valuation – popped up for sale in Hemmings Motor News in 1988, then showed up in 2007 at the Christie’s Monterey auction – sans the superchargers, sewer-pipe exhaust, and leaned-back grille shell, but still in the boattail configuration and painted two-tone black and green – where it sold for $346,500 against an estimate of $200,000 to $400,000 and with no reserve.

Since then, the Packard went to restorer Fran Roxas for an update – one that removed some of the flash added in the previous restoration, removed the continental-style rear-mounted spare, and swapped the two-tone paint for black with a green pinstripe – and afterward went on display as part of the collection of the America’s Packard Museum in Dayton, Ohio.