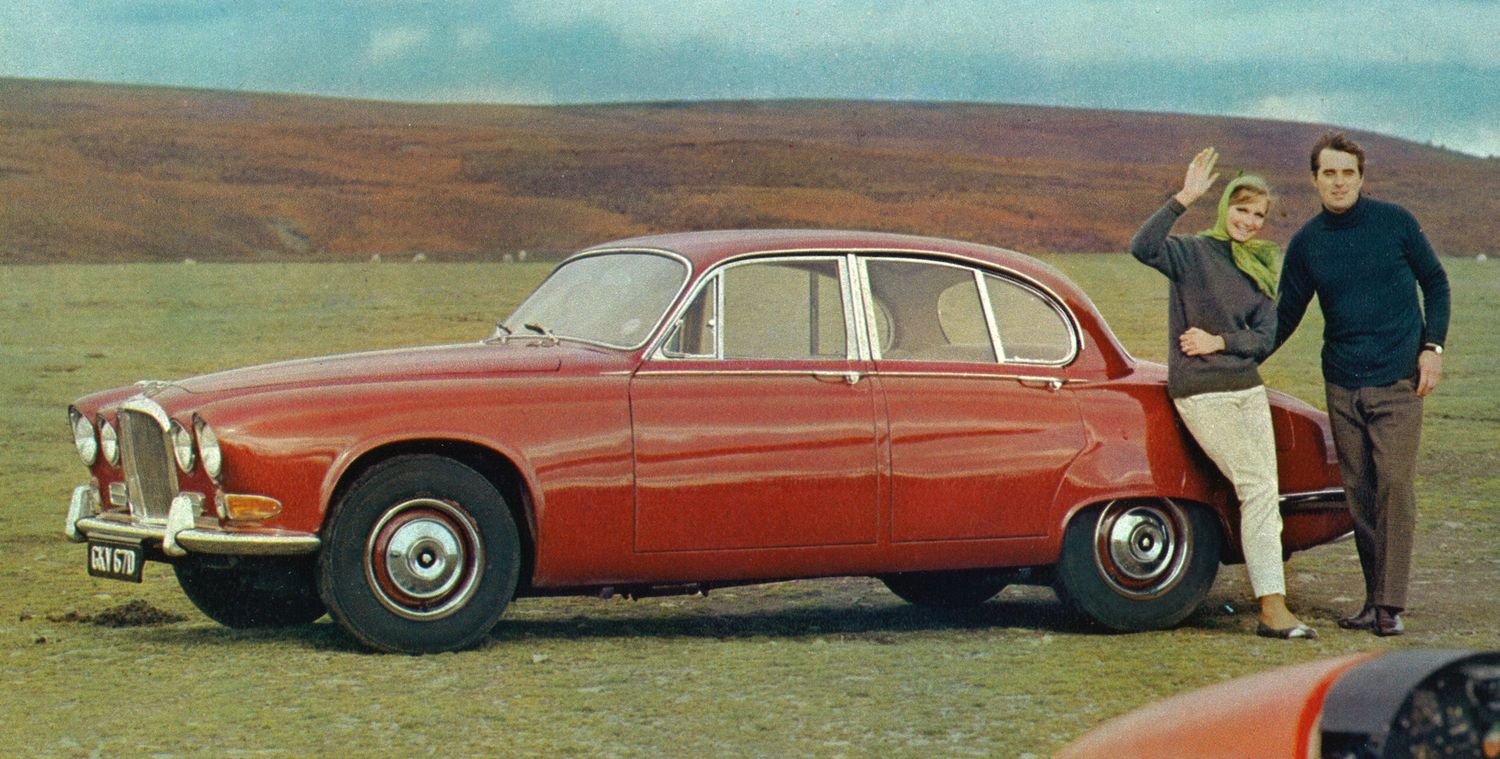 Jaguar’s well-received range of sedans -pardon, saloons– worked alongside its famous XK sports cars to broaden the British automaker’s market penetration in the 1950s and early 1960s, and these pricey four-doors offered a peerless blend of luxurious accommodations, sporting performance and traditional English styling appeal. This range underwent a number of changes in the ten year period leading up to the publication of this 1967 brochure, found in the Hemmings archives.

The flagship Mark IX sedan was replaced with the full-sized Mark X in 1962, which offered unit body construction, fully independent suspension and a 3.8-liter DOHC straight-six shared with the fabulous E-type; like the sports car, the Mark X got a 265 hp, 4.2-liter version of the XK engine in 1965.

There would be a short-lived shakeup happening in our market two years later.

The new 420 [lead image] was a development of the former S-type, combining the latter’s rear bodywork with a Mark X-style nose and a 246 hp, twin-SU-carbureted version of the E-type’s engine. Like the 340, a manual gearbox could be supplanted by an automatic at the buyer’s desire.

The Mark X became the 420 G “Grand Saloon” [below], and this car shared the E-type’s full-fat, triple-carbureted 265 hp engine mated to a standard Borg-Warner automatic transmission.

While the 340 was only produced in 1967, the 420 and 420 G would remain available in other markets through 1970, despite being one-year-only offerings here. American emissions regulations meant that, save for leftovers, no new Jaguar sedans were officially sold here for model year 1968, but the groundbreaking XJ6 would arrive in 1969.

Have you ever motored in a 1967 Jaguar saloon?