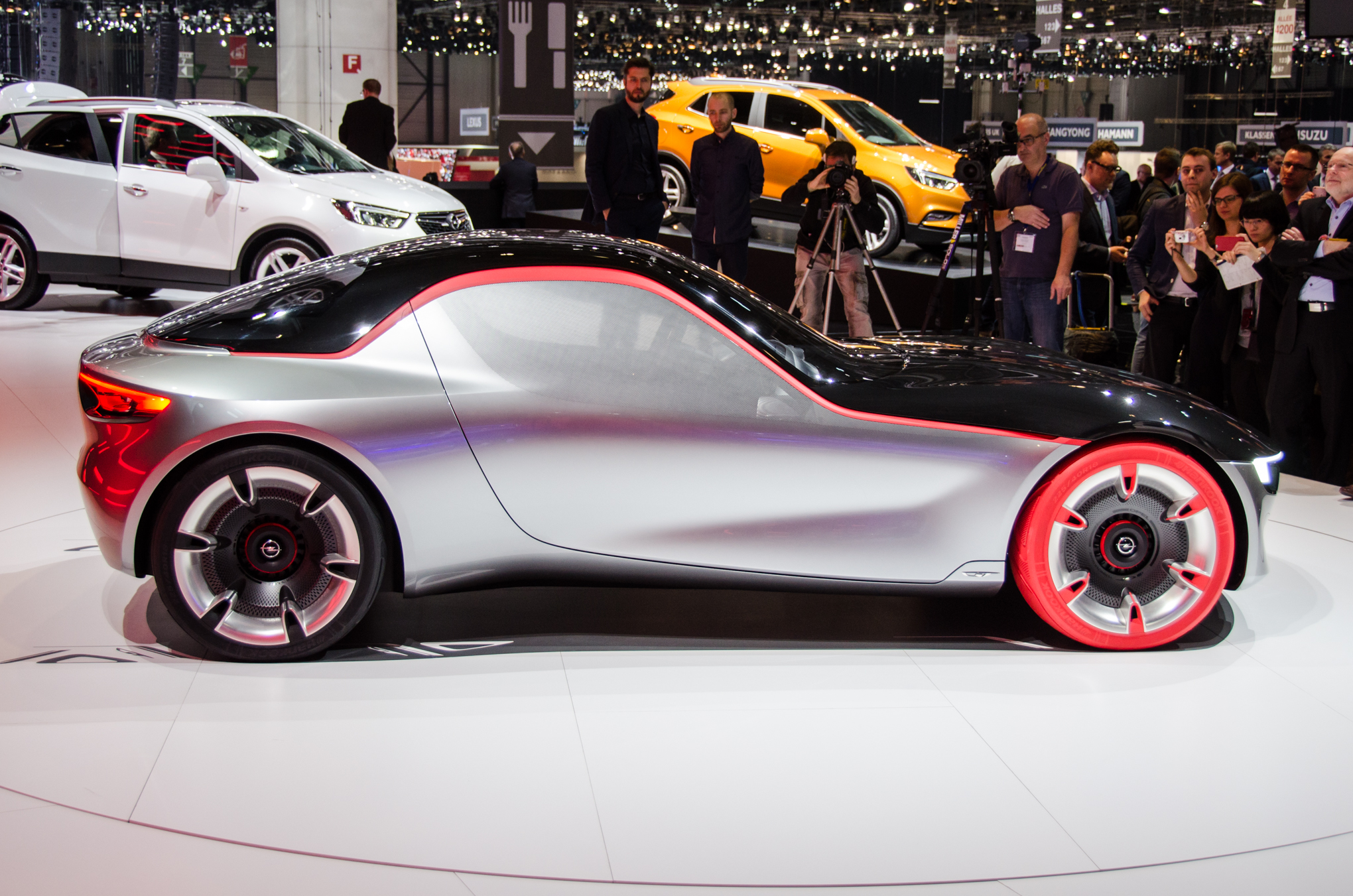 Opel GT Concept for Geneva is an Ultra-Lightweight Sports Car

GM’s European arm, Opel, will bring this gorgeous two-seat coupe concept to the Geneva show. It’s a tiny machine, but claimed to be a driver’s delight thanks to rear-wheel drive and sub-2,200-pound weight.

The two most prominent design features are initially superficial. A red stripe bisects the car’s two-tone form. And the side windows are coated in a silvery foil that allows vision outward but not in. However, taken together they play a strong part in defining the form of the car. The foil allows the windows to flow seamlessly into the body sides. 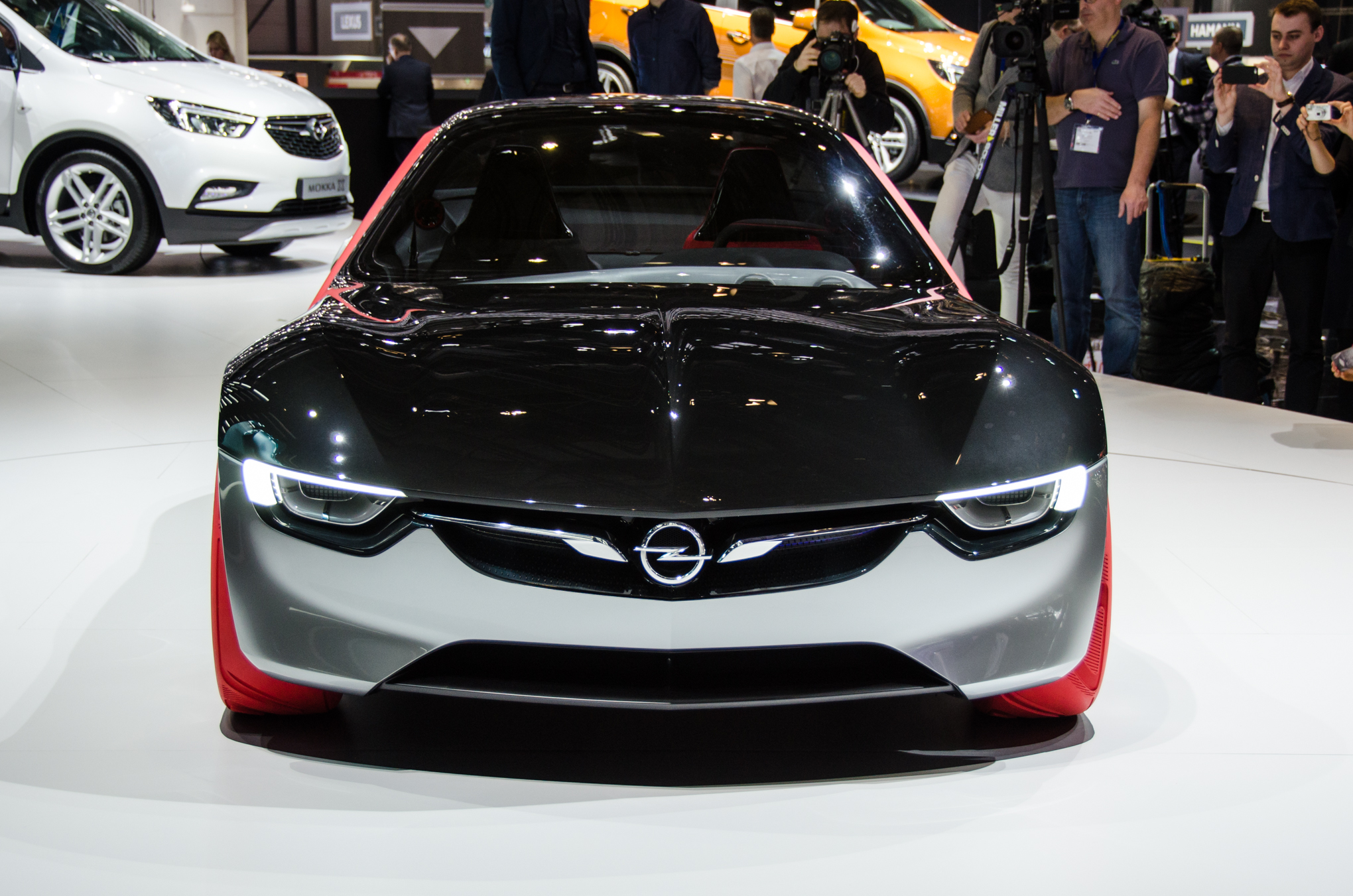 Red is taken into the front tire. The rim/tire design is inspired by skate wheels, the designers say. The red stripe also holds a touch-sensor to open the door. The nose of the car bears some relationship with new Opel production cars. So does the side surfacing, but it’s more fluid here, with less line work.

Under the flat and low hood is GM Europe’s three-cylinder aluminum turbo engine, here developing 145 hp. Not a lot, sure, but remember the weight figure. The claimed acceleration is 0-62 mph in 8 seconds.

So is it anything more than a cute but dead-end show pony from a non-U.S. brand? Just possibly.

For a start, U.S. buyers can pay heed to Opel because of Buick. The Encore, Regal, Verano, and Cascada are all natively Opel. 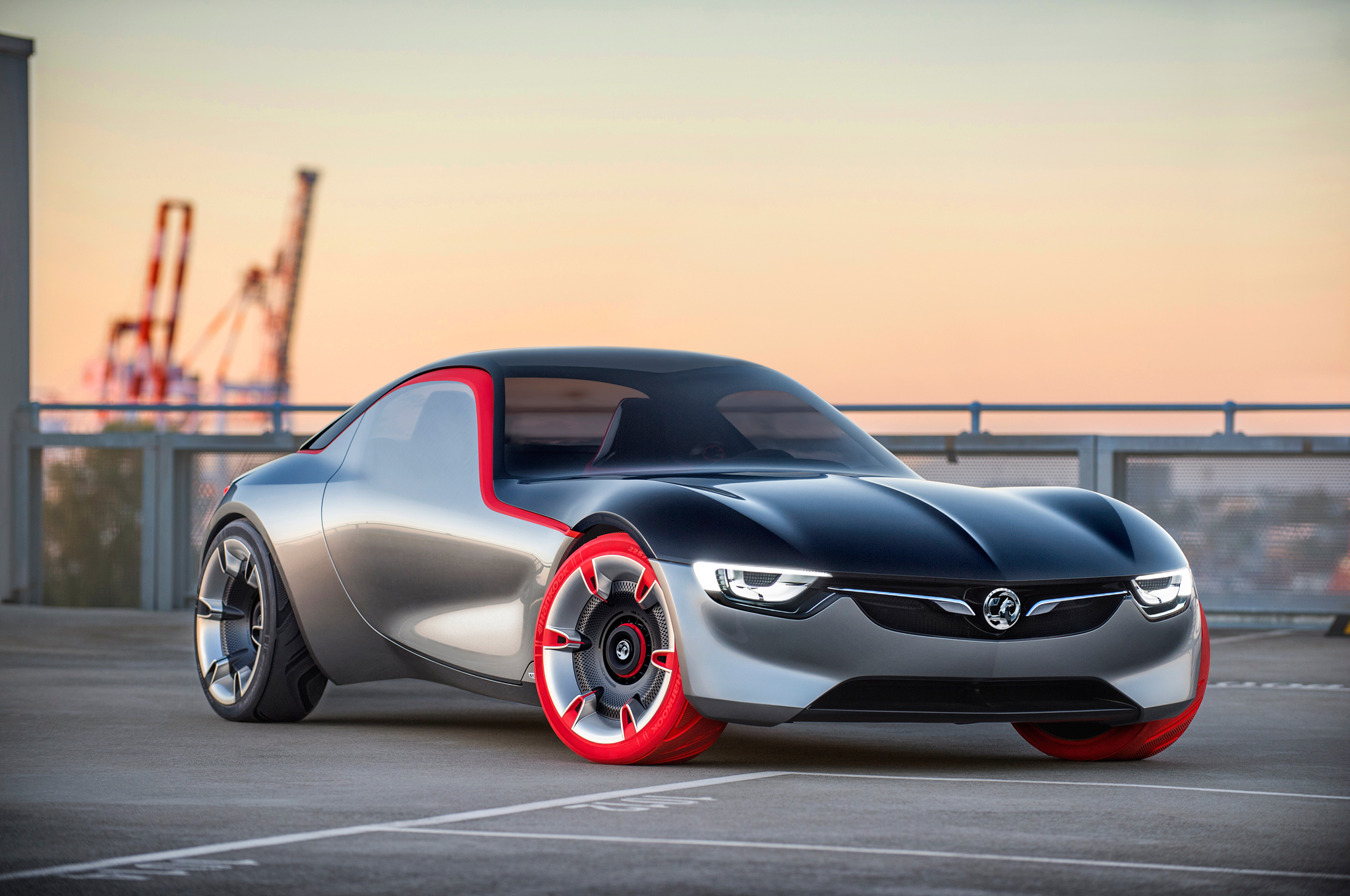 And Opel’s bosses seem to want to take the GT further. Unfortunately, as Karl-Thomas Neumann, Opel’s CEO, admitted to Motor Trend, there is no suitable RWD platform in GM. This is a tiny car.

“It’s simpler if you do the platform yourself. But if you can’t, you have to look outside,” he says, pointing out that Opel has platform-share deals with several other manufacturers for niche models such as minivans. Will he talk to Mazda? Or Toyota/Scion/Subaru? No answer.

Instead, he offers: “There is no business case. It’s a brand investment. The teaser video got half a million clicks in three days. If you build only rational cars you will never succeed. If we do the GT it will help the Astra.” The Astra is Opel’s compact hatchback, a mainstay car in Europe. But Neumann will have a lot of hurdles to jump through first.

And no doubt if he could sell a helpful number of GTs in the Americas, badged as Buicks, he’d be only too delighted. After all, the original 1968-73 Opel GT — one of which Neumann personally owns — took exactly that route.