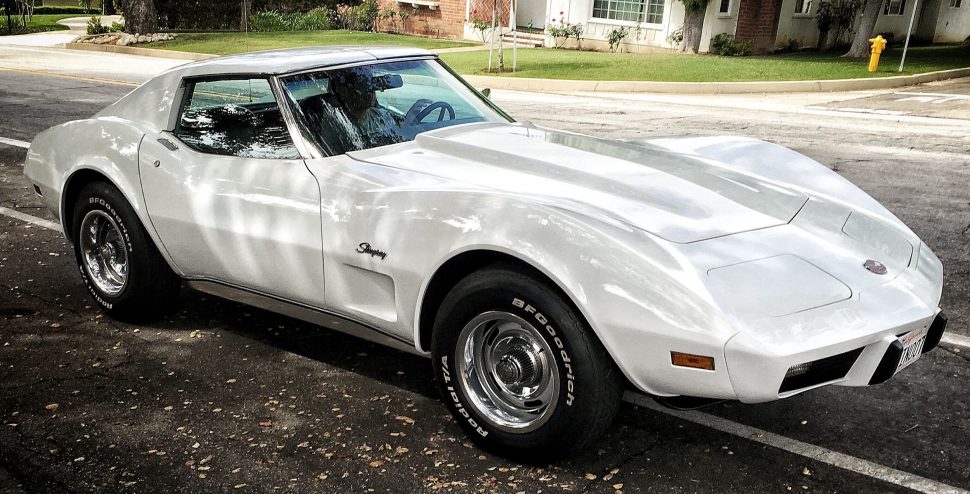 When it comes to tires, how old is too old – Open Diff

Last week, Hemmings reader Jeff Yost and I were discussing the subject of tires and collector cars. When Jeff purchased his 1976 Chevrolet Corvette through a Hemmings ad in April of 2016, he thought it would be a good idea to check the age of the tires on the car, a set of pristine B.F. Goodrich Radial T/As. Since they were manufactured prior to 2000, decoding the date required the help of a local tire dealer.

Jeff Yost’s 1976 Corvette. Those tires were manufactured in March of 1993, 23 years ago. Photos by Jeff Yost, unless otherwise noted.

Even this didn’t solve the mystery entirely, since the dealer could only advise the tires were manufactured in early 1983 or early 1993. Determined to get more information, Jeff wrote to B.F. Goodrich directly, who replied:

Thank you for your email concerning the current Radial T/A’s on your Corvette.  We are certainly happy to see that you recognize the dangers of using a tire older than 10 years old. The DOT you provided indicates that these tires were manufactured in the 12th week of 1993.  Making them 23 years old!

The post-2000 TIN, showing that these tires were manufactured in October of 2015. Photo by author.

On tires produced after 2000, the U.S. Department of Transportation requires that each tire be stamped on the sidewall with a Tire Identification Number (TIN). After DOT, the first four digits identify the plant code (with two digits) and the code for the tire size (also with two digits), followed by three or four digits identifying the manufacturer-stated performance specs of the tire. Unless you’re in the tire business, none of this is particularly relevant, but what is relevant are the four numbers at the end of the TIN. Of these, the first two identify the week the tire was manufactured, while the last two identify the post-2000 year.

On tires manufactured prior to 2000, the code is abridged. The TIN will contain just three final digits, with the first two reserved for the week of manufacture and the last one reserved for the year. As Jeff learned, the number 3 on his tires could have indicated either 1983 or 1993 as the year of manufacture, but in both cases, the tire is too old to safely use on the road.

Which raises a very valid question: when it comes to tires on classic cars, how old is too old? Oddly enough, there’s no standard in the United States, but Tire Rack cites recommendations from the British Rubber Manufacturer’s Association (BRMA) and the Japanese Automobile Tire Manufacturer’s Association (JATMA) on its website. Per BRMA, unused tires over six years old should never be put in service, and all tires should be replaced after 10 years from their date of manufacture. JATMA recommends inspection after five years and replacement after 10, regardless of treadwear and overall condition. 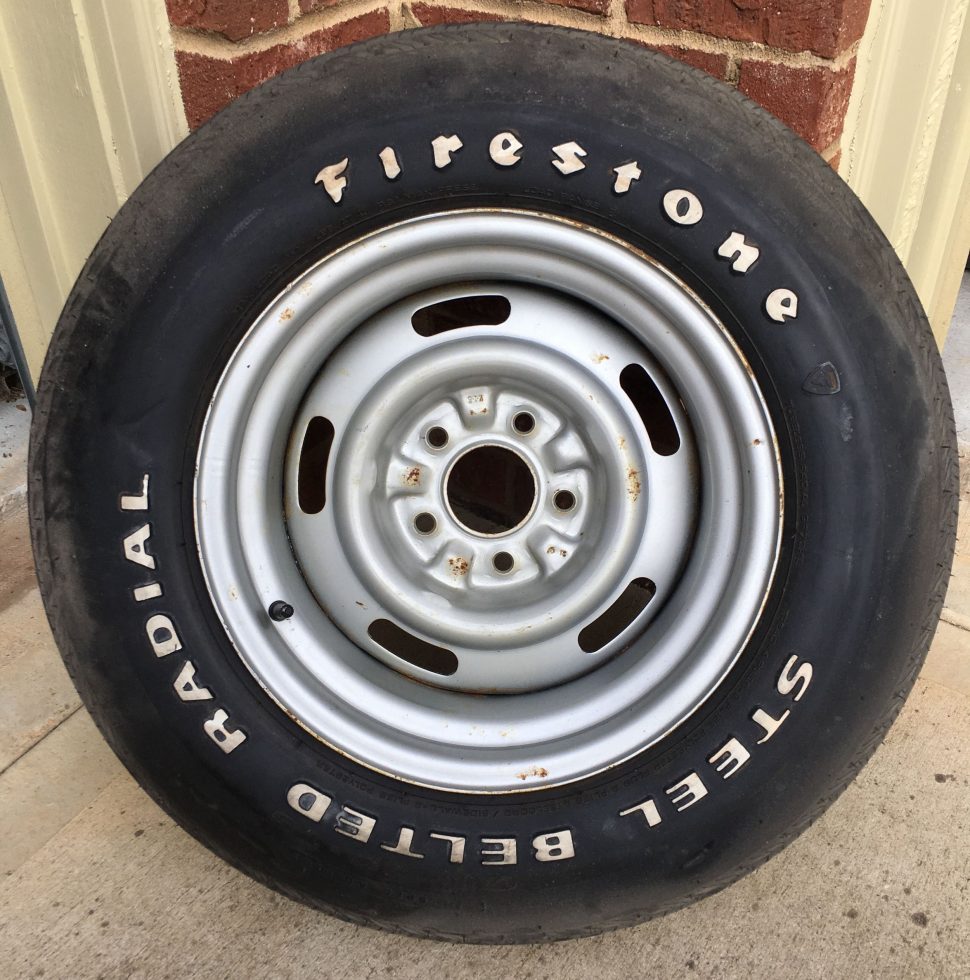 This may seem like erring on the side of caution, but we’ve heard of tire shops that won’t mount or repair tires older than six years old. While such a policy may help sell more new tires, it’s equally likely that it’s in place to help a shop avoid litigation should a repaired or mounted older tire fail. 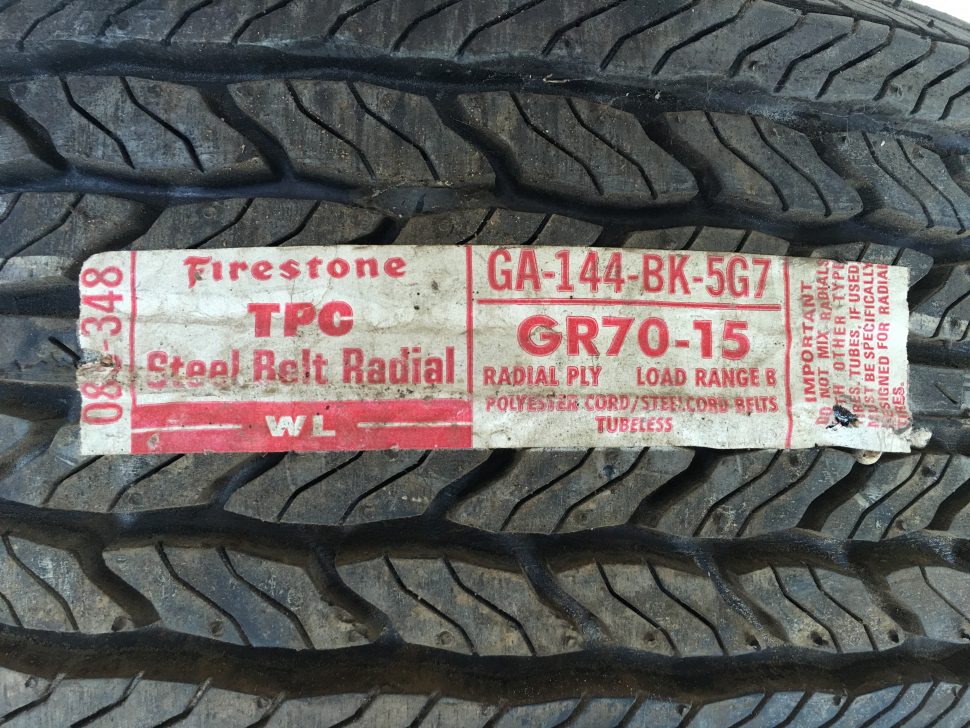 The label on Jeff’s original spare. Good tread depth doesn’t mean a tire is safe to use.

Climate plays an obvious role as well. In Florida’s extreme conditions, I’ve seen tires with cracked sidewalls just a few years after installation, and I’d imagine the same is true with the desert Southwest. Though we have ample potholes and harsh winters to deal with in the Northeast, the climate seems to be more forgiving in regards to tires, perhaps instilling a false sense of security.

When it comes to your collector car or weekend driver, what’s your own policy on tires?