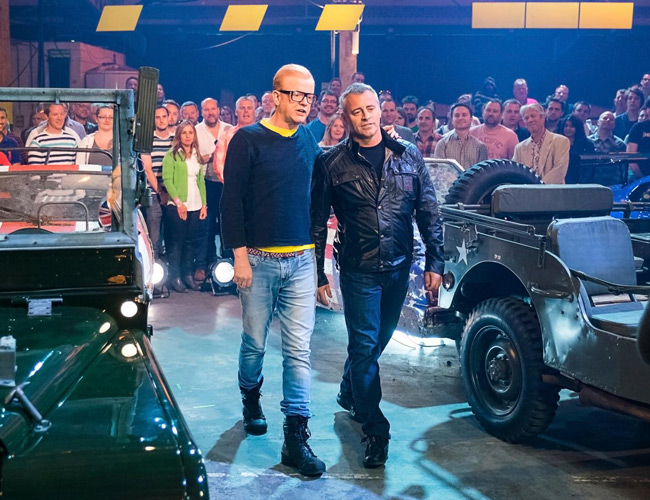 The subsequent WWI-style fracas, as it was so dubbed by the BBC, ended up shuttering the world’s most popular motoring show (to the tune of 350 million worldwide viewers) and sending its three hosts — Clarkson, Richard Hammond and James May, along with Executive Producer Andy Wilman and a whole host of other staff — to start a new show on Amazon (since dubbed The Grand Tour). What remained of Top Gear proper was a lot of intellectual property and a big airfield about an hour north of London. And, not to leave a hyper-profitable show dormant for too long, the BBC quickly staffed up and began shooting the latest season of the all-new Top Gear, which premiered in the UK on Sunday and hit BBC America last night. It was… interesting. Just over a year ago, in March of 2015, infamous Top Gear presenter Jeremy Clarkson got rather upset over some catering.

Except it’s just not the same. It’s trash, like someone pitched the old Top Gear to an out-of-touch Hollywood producer who saw the old Top Gear (which was already slipping dangerously far from its 2007-2010 heyday) said, “It’s great — let’s just cut the boring stuff and make it really sing.” The essence of the problem? Top Gear was its former hosts.

The new show opens with Evans shouting “Brilliant! Marvellous! Amazing!” Then, like some sort of ginger Michael Buffer, Evans introduces his new co-host. LeBlanc runs through a tunnel of audience members to his big reveal, after which the duo plug some BBC-approved shit. The next bit is a terrible sight gag involving 10 Indians — as in the country, not the motorcycle — on top of a Vauxhall. Then the show continues, in a similar tone, for 62 excruciating more minutes. 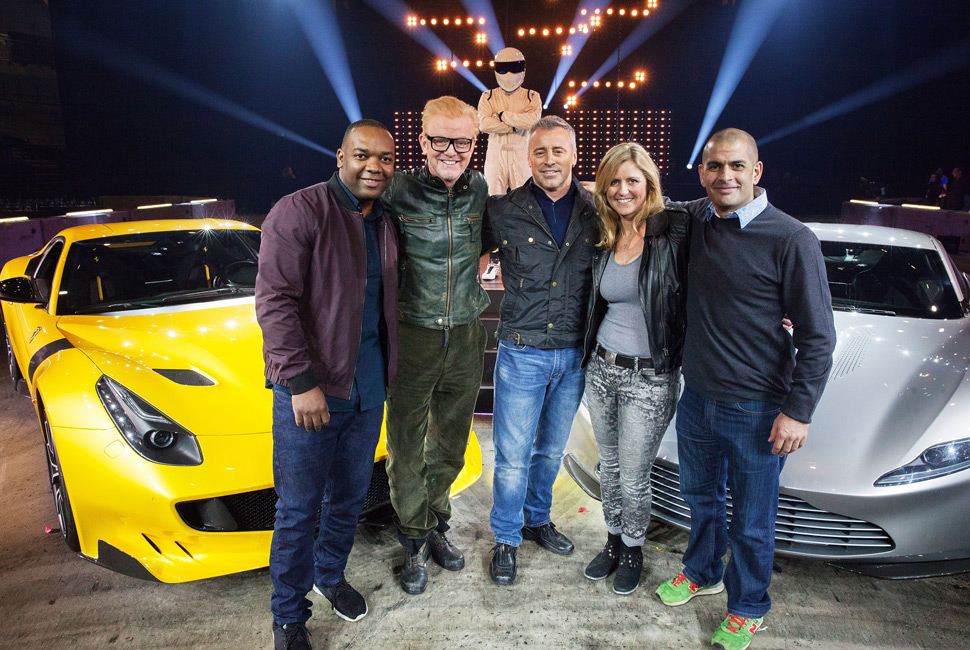 The remainder of the new TG cast — Rory Reid (left), Sabine Schmitz and Chris Harris (second from right and right) — were bright spots in an otherwise dim outing.

It wasn’t all terrible, mostly thanks to the show’s other hosts. Sabine Schmitz, a Nurburgring maestro and frequent guest on the old Top Gear, brings a healthy dose of motoring experience to the first segment as she chases down a Viper ACR in a Corvette Z06, muttering offhand, “It has so much more grip than this piece of shit.” The actual motoring commentary starts and ends there, unfortunately.

The other glimmer of hope wasn’t even in the main show, but in the online, behind-the-scenes tack-on called “Extra Gear,” hosted by YouTube motoring heroes Rory Reid and Chris Harris. Harris drives the Ariel Nomad around the Top Gear track (Matt LeBlanc drove it in the main show), swapping Joey’s strained metaphors for the kind of genuinely interesting auto journalism that made Harris popular in the first place (though too much talk of Öhlins dampers may put the casual viewer to sleep).

And therein lies the problem: Clarkson, Hammond and May managed to be all things to all Gearheads. Sure, an episode or two dicking around Myanmar felt more like The Trip, but there was always “the news,” or little bits of insight in the reviews to entertain viewers who know what a variable-vane turbo is. Not to mention that between all the scripted bits was an untouchable chemistry that, despite having taken nearly 15 years to perfect, was clearly evident from the beginning: a relationship built on saying “you’re wrong” more often than “I agree,” built on a common love of cars (though rarely the same ones), and built on never, ever stooping to the level of a sight gag involving 10 Indians and a Vauxhall. And thankfully, that relationship, and the real heir to the Top Gear throne, will be back on display when The Grand Tour premieres on Amazon this fall.