This smooth looking beauty was produced for just one year; not only was its body design a one-year-only model, but this was the one and only year that Pontiac ever built the Grand Prix in convertible form. If you appreciate Pontiac’s outstanding engineering and sleek style yet you prefer to own the type of collector cars that are unique and fairly rare then consider the 1967 Grand Prix.

In all, just 5,856 examples were built. Even in two-door hardtop form, the 1967 Grand Prix is blessed with a fantastic shape unlike any other, but in convertible trim, especially with its top down, it looks absolutely sensational. And because its body was relatively low, it looked long; and it was. Based on the Catalina body, it sat on the same 121-inch wheelbase chassis as the hardtop coupe, and had an overall length of 215.6 inches. 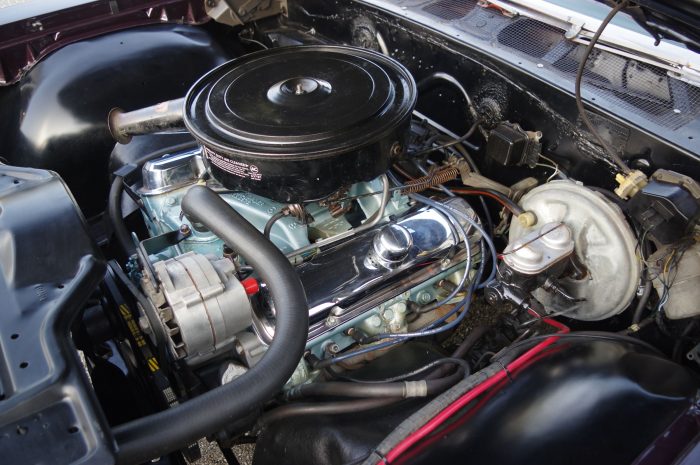 Like most mid-‘60s-era Pontiacs, the Grand Prix packed a powerful punch. The base engine developed a mean 350 horsepower from its 400 cubic inches, yet it was also available in low compression form that put out “just” 265hp. For those performance oriented buyers who needed more power, a larger 428 V-8 was offered in two versions: a 360hp type that produced a hefty 472-lbs.ft. of torque, and the 428 Quadra Power that made 376hp, but 10 lbs. less torque. 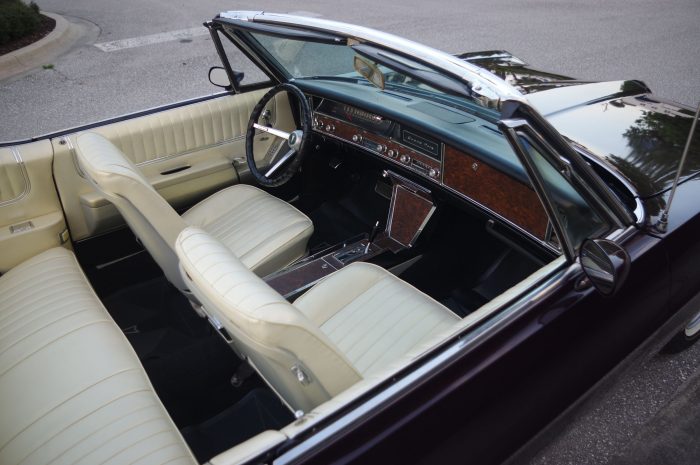 The Grand Prix was the only model in Pontiac’s 1967 lineup that featured horizontal headlamps, which were cleverly hidden behind the distinctive grille/bumper assembly. As its looks imply, it rides low, and handles extremely well, yet the long wheelbase allows the chassis to really soak up the bumpers for an ultra-smooth ride. And with that big bore V-8 rumbling under the stretched-out hood, the convertible top in the down position, cruising simply doesn’t get much better or more exciting than this. 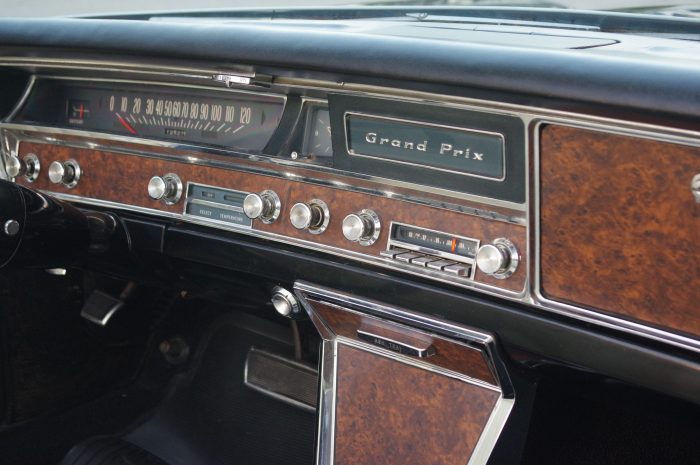 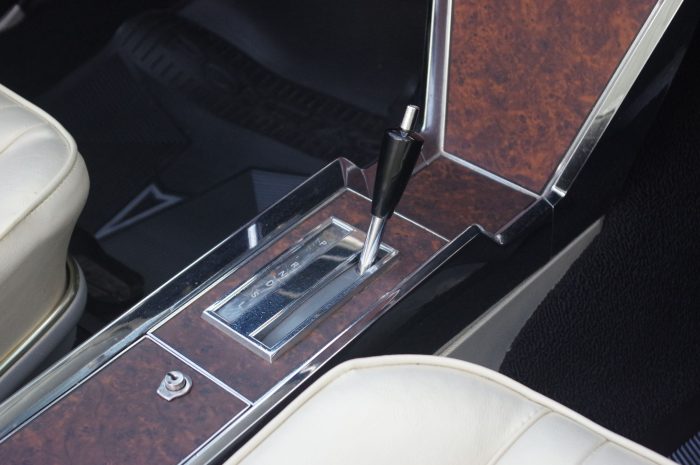 Our feature car came from Utah, so it’s solid and free of rust. Aside from one repaint in the original Plum Mist color, it has never been restored, and currently resides in Jensen Beach, Florida, where owners Pat and Donna Barret drive it weekly, and usually in the warm evening so they can drop the top. Watch for a future issue of Hemmings Classic Car for a full feature on this exceptional and rarely seen Pontiac.