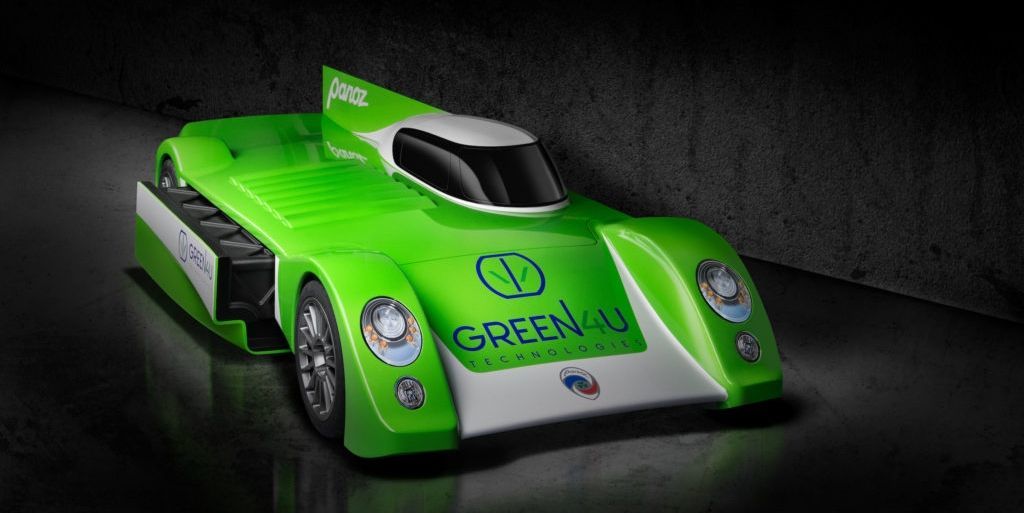 Today, American race car firm Panoz and its electric car company partner, Green4U, unveiled plans to create an all-electric endurance car with the ambitious goal of entering the 2018 24 Hours of Le Mans. The car, called the Green4U Panoz Racing GT-EV, promises competitiveness against traditional internal combustion-powered cars, as well as hybrid cars. If it’s able to compete at all, that is.

The GT-EV is only a concept for now, but promises a host of tech that could make it a real contender once next year’s race comes along. Regenerative braking, a carbon-fiber chassis, all-wheel drive, and up to 603 horsepower are just a few of the promised specs. 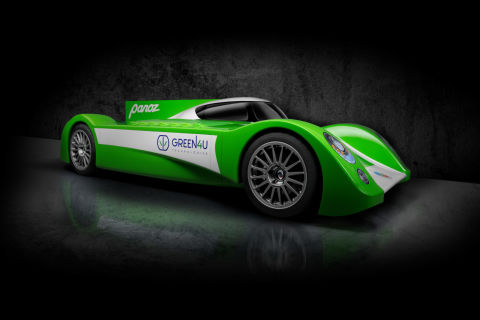 Perhaps the most unique part about the GT-EV is its tandem cockpit design, which features a narrow driver’s compartment on the left, and space for a removable 1000-pound battery on the right. Panoz expects to see 90 to 110 miles of range per battery, and according to Autoweek, the team will swap through around 10 units during a race.

The car, which also promises a 180-mph top speed and active aerodynamics, is set to be presented to the ACO—sanctioning body for the 24 Hours of Le Mans—this weekend. If the ACO likes what they see, it may grant Panoz a spot to field the GT-EV in 2018 as a Garage 56 exhibition.

Panoz also plans on developing a road-going version of the GT-EV, which will use the same cockpit design, but have a single, non-removable battery that must be recharged like a normal EV. The road car is in early development stages for now, but Panoz has released a couple of renderings for us to enjoy.