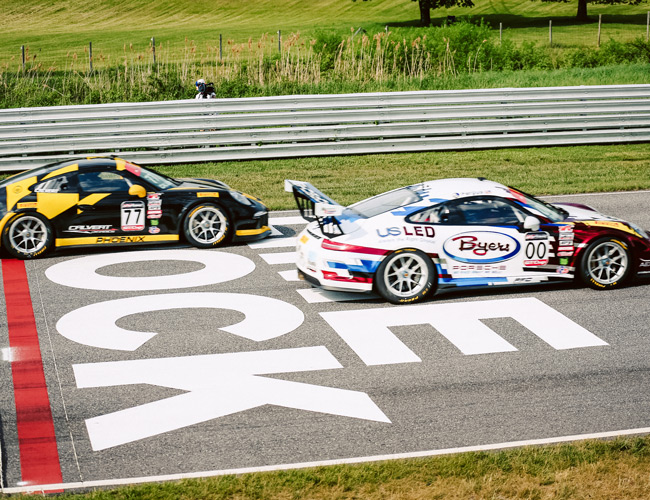 Yet it’s revered as one of the best tracks in North America and seen as a colossal test of physical fortitude by every professional driver that has raced around it. Ironically, Lime Rock’s unassuming numbers are exactly what earned it the nickname the “Bull Ring” — the tight confines lay the groundwork for constant wheel-to-wheel action, dangerous speeds and no margin for error. The sports cars that race here in the Pirelli World Challenge set average lap times just shy of the one-minute mark. Add to the mix 21 cars of multiple categories (GT, GTA, GT Cup), traveling at varying speeds, and navigating traffic becomes a high-speed art form. On paper, Lime Rock, as a race track, doesn’t seem daunting in the slightest: it’s just over 1.5 miles long and has seven turns, only one of which is a left-hander (aptly named “The Left-Hander”). Its blueprints are the antithesis of the Nurburgring.

One Glorious Lap in the Cadillac ATS-V 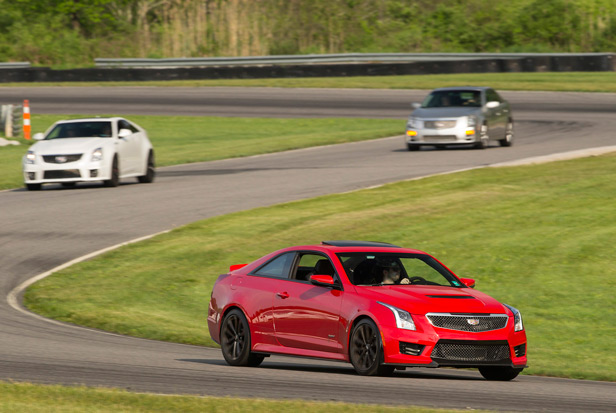 I attended the Pirelli World Championship race too, as a guest of Team Cadillac; my best friend of 25 years, a Broadway theater director who doesn’t know a Corolla from a McLaren, attended the race as my plus-one. We were given the opportunity to drive the course before the GT Cup race commenced — in a fire-breathing ATS-V sedan. We idled on the track as the “Star-Spangled Banner” wailed, as the spectators waited. Then we were off — a single parade lap maxing out at 65 mph, but a Lime Rock Park lap nonetheless. Our two minutes of fame. And though I was taking it incredibly easy by race track standards (and ATS-V standards), my friend had a blast waving to the crowd and capturing the whole thing on delirious iPhone video. So how’d I do? His first words after I pulled into Pit Lane were, “That’s how you’ve always driven.” Proof positive that the Crazy Caddy makes any drive fun — and that I’ve still got it. – Nick Caruso, Motoring Editor | Buy Now: $60,465