You are here: Home  /  Cars Brands  /  German Car  /  Porsche  /  Porsche 911 GTS driven – ‘as good in the real world as on the deserted mountain passes of our dreams’
Cars Brands 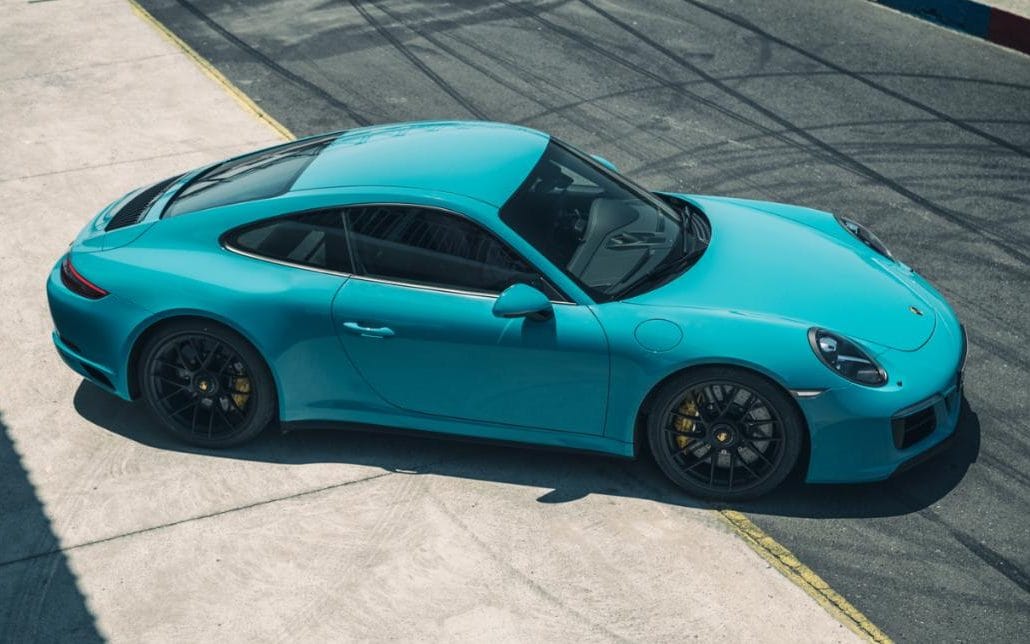 Someone, I know not whom, once said: “the virtue of a pot lies not in the clay, but the potter’s skill”. You’ll never find a car to which it applies more readily than this new Porsche 911 GTS.

On paper it’s a go-faster Carrera S with numerous modifications to its driveline and powertrain which, upon closer inspection, have simply been taken from the extant options list and made standard. There’s a further 30bhp for its engine bringing it up to 444bhp, but you can order that as a ‘Powerkit’ for the S. There’s the wider body you’d already have if you bought a four-wheel drive Carrera, and lowered sports suspension, which you can be fitted to any more junior 911 coupe you like.

It has active engine mounts and sports exhausts, and so can a Carrera S if you so choose. But look a little harder and there are other refinements too: Porsche has removed some sound deadening, increased the size of the brakes and equipped them with the pads from the 911 Turbo. And then there’s a revised aerodynamics package and a bespoke visual treatment featuring black centre-lock 20in wheels, black badging, black exhausts.

Inside you’d find Alcantara suede trim on the seats, steering wheel and gear lever and a smattering of GTS badges too. Even so, it shouldn’t feel that different to regular 911s. But it does. It is the way these raw materials have come together that’s created a little bit of magic, as if Porsche had been keeping its most skilled potters in reserve just for this car. 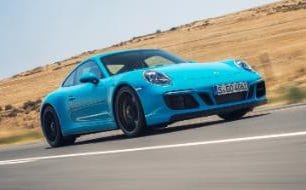 It is, of course, flashingly fast: choose the right specification with four-wheel drive and a double-clutch gearbox and it’ll hit 62mph from rest in 3.6sec, which is junior supercar performance; but it is also comfortable, quiet and unless you do something really silly like hit the rear-seat delete button on the configurator, as practical as any other 911 in history. But, as is almost always the case with 911 models, the best GTS is the cheapest.

The rear-wheel drive GTS equipped with a slick-shifting seven speed manual gearbox is one of the sweetest ways of getting from one place to the next yet devised, a car with even better handling than lesser Carreras, blended with a proper slug of Turbo performance, but without the latter’s excess width, weight and price. It is an ceaseless joy to drive, only 25bhp less powerful than the revered GT3 911s produced by Porsche’s Motorsport department, and a sight easier to live with. 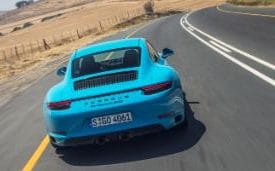 The GTS even manages to sound quite good, allaying to some extend at least the fears of those who thought this new generation of turbocharged 911s would rob us of its inimitable flat six growl and howl for all time. Of course you can also choose your GTS with convertible or Targa bodywork (though Targas remain four-wheel drive only) and I’d not blame you if you did. I drove a rear-wheel-drive convertible and enjoyed it as much as any modern open car I can remember, but ultimately it is too structurally compromised and the Targa too heavy to stand a chance of offering a driving experience as impressive, intimate and memorable as that provided by the coupé.

The secret of the 911, the formula that has ensured its survival these last 54 years, is that no other sports car has worked as well in the real world as on the deserted mountain passes of our dreams. This is a car that will reward like few others on the right road, while still fitting your life beautifully on entirely the wrong roads we must take far more often.

That has always been what’s best about the best 911s: all the GTS does is take that principle, and turn it up to eleven.

VERDICT A careful selection of the very best bits from the whole 911 range offered in unique style and bespoke tune. In other words, the 911’s greatest hits album, with a killer track of its own