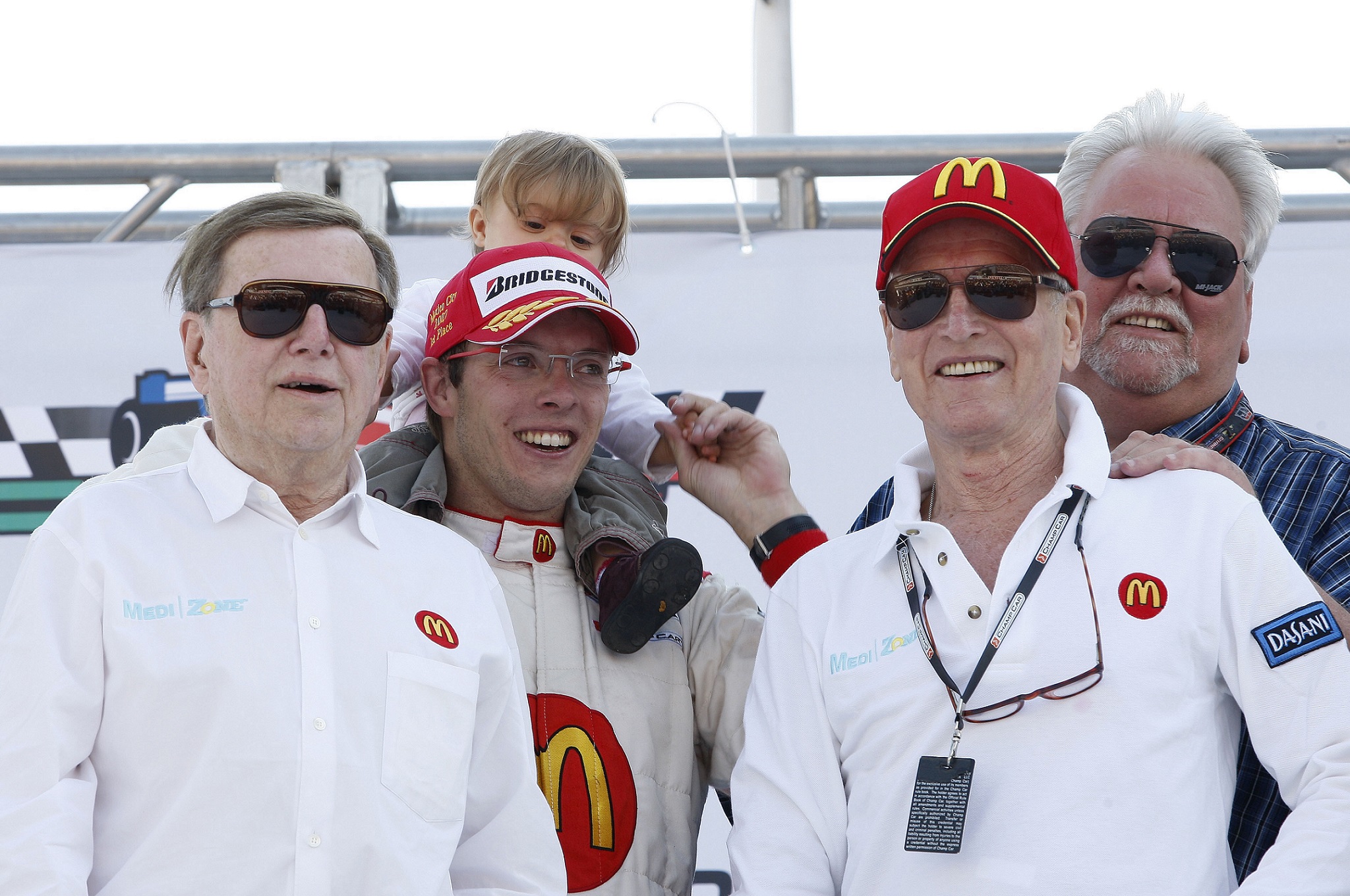 His business partner was Paul Newman, his most notable employee Mario Andretti. It’s no wonder Carl Haas was often overlooked in and outside of motorsports. Many simply knew him as the man chomping on the large stogie. The three men came together in 1983 to form Newman/Haas Racing, which during a 29-year run in Indy-car racing totaled 107 race wins and eight series championships.

Newman died in the fall of 2008, and now Haas has followed. Haas’ family confirmed the June 29 death this week. He was 86. Andretti called his two former team bosses “icons in the sport.”

Newman and Haas each owned Can-Am Series teams in the early 1980s and were famously competitive with one another when Andretti urged them to merge for a new CART series team for the ’83 season. Newman brought fanfare, Haas the Lola chassis program, and of course Andretti was the driver everyone coveted. It was a heck of a unified front, run out of the shop in Lincolnshire, Illinois.

Through the 2011 season, when Haas’ wife finally closed the team’s doors due a lack of sponsorship, the team was every bit the equal of mighty Team Penske, the gold standard in U.S. open-wheel racing. Newman/Haas effectively matched Roger Penske’s team, which had 121 wins and seven season titles over the same number of years. 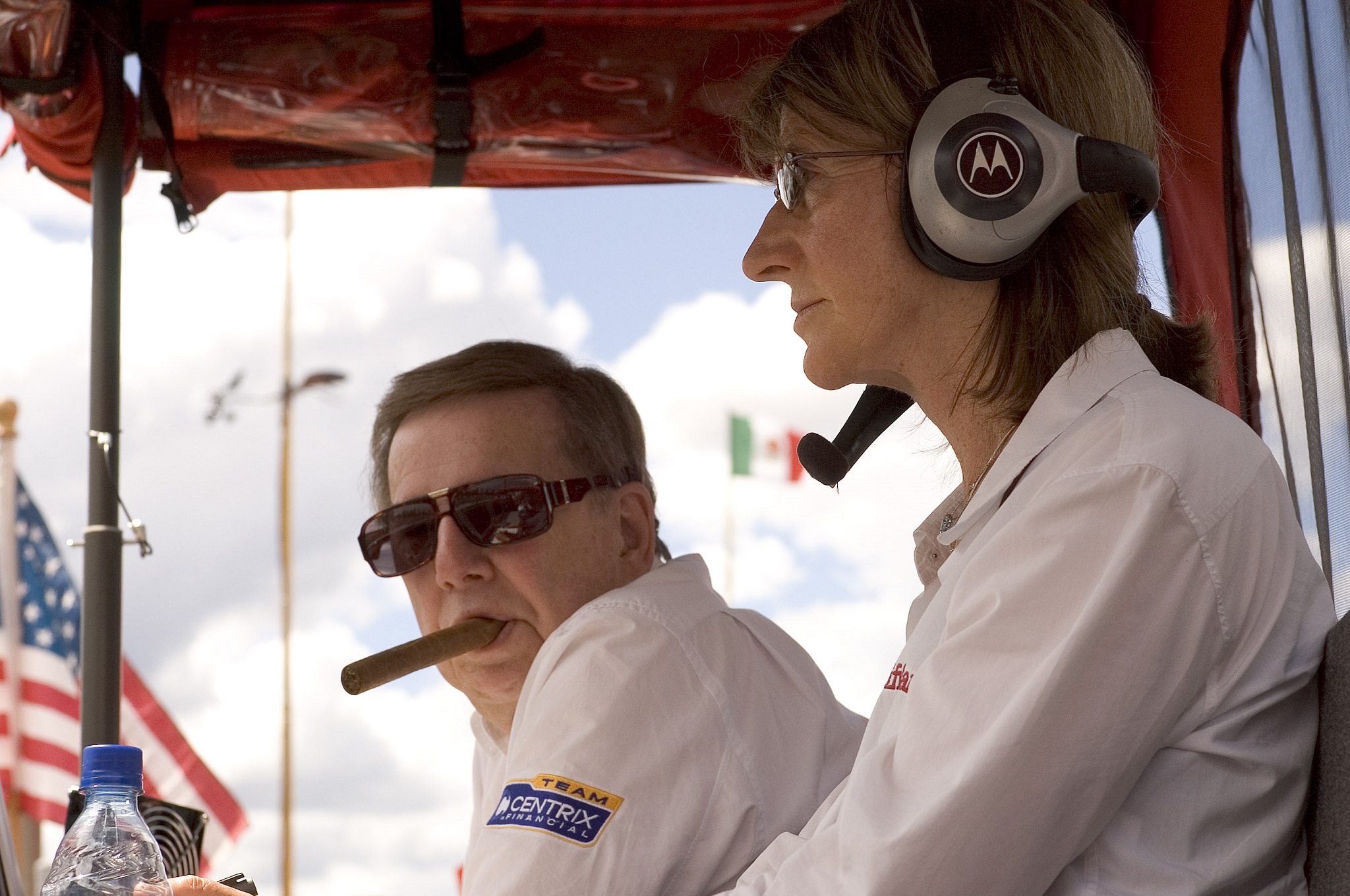 Andretti delivered the first two CART wins for Newman/Haas, then added six more wins the next year in capturing the team’s first series championship. The team was off and rolling, and Andretti scored 18 of its race victories.

In ’89, Newman/Haas expanded to two cars and hired Andretti’s son, Michael, who proved to be quite the catch. In a four-year stint before moving to Formula 1, Michael won 20 races and the ’91 series championship. He added 11 more race wins to the tally.

“Paul and Carl built what was undoubtedly one of the greatest teams in history,” Michael said.

If that wasn’t enough, Newman/Haas stunned the motorsports world by hiring reigning F1 champion Nigel Mansell as Michael Andretti’s replacement for the ’93 season. Mansell won a race in just his second start, almost won the Indianapolis 500 (he finished third), and earned the team another season title, making him the only driver in history to hold the F1 and CART titles at the same time.

Like all teams, there were a few lean years, including nine seasons without another championship, but the last few years of the Champ Car World Series became the team’s playground. It won in 2002 with Cristiano da Matta and two years later Sebastien Bourdais began a string of four consecutive titles.

“Carl gave me the opportunity of a lifetime when he hired me to drive the second Newman/Haas car [for the 2003 season],” Bourdais said. “He did so with no sponsor to [pay] for the car.”

Haas was a sports-car driver before he was a car owner, taking the proceeds of gearbox sales from his parents’ Chicago basement to pay for his hobby. That led to him becoming the U.S. distributor of Hewland gearboxes, and later he distributed Lola chassis to teams in this country. He also promoted races.

To motorsports’ insiders, Haas was more than Newman’s business partner or the employer of the Andrettis. As longtime Ganassi Racing managing director Mike Hull wrote of Haas on Twitter: “Your legacy is more than 16 champoinships & 140 wins; you unselfishly & repeatedly helped me from 1st mtg in ’74 forward.” 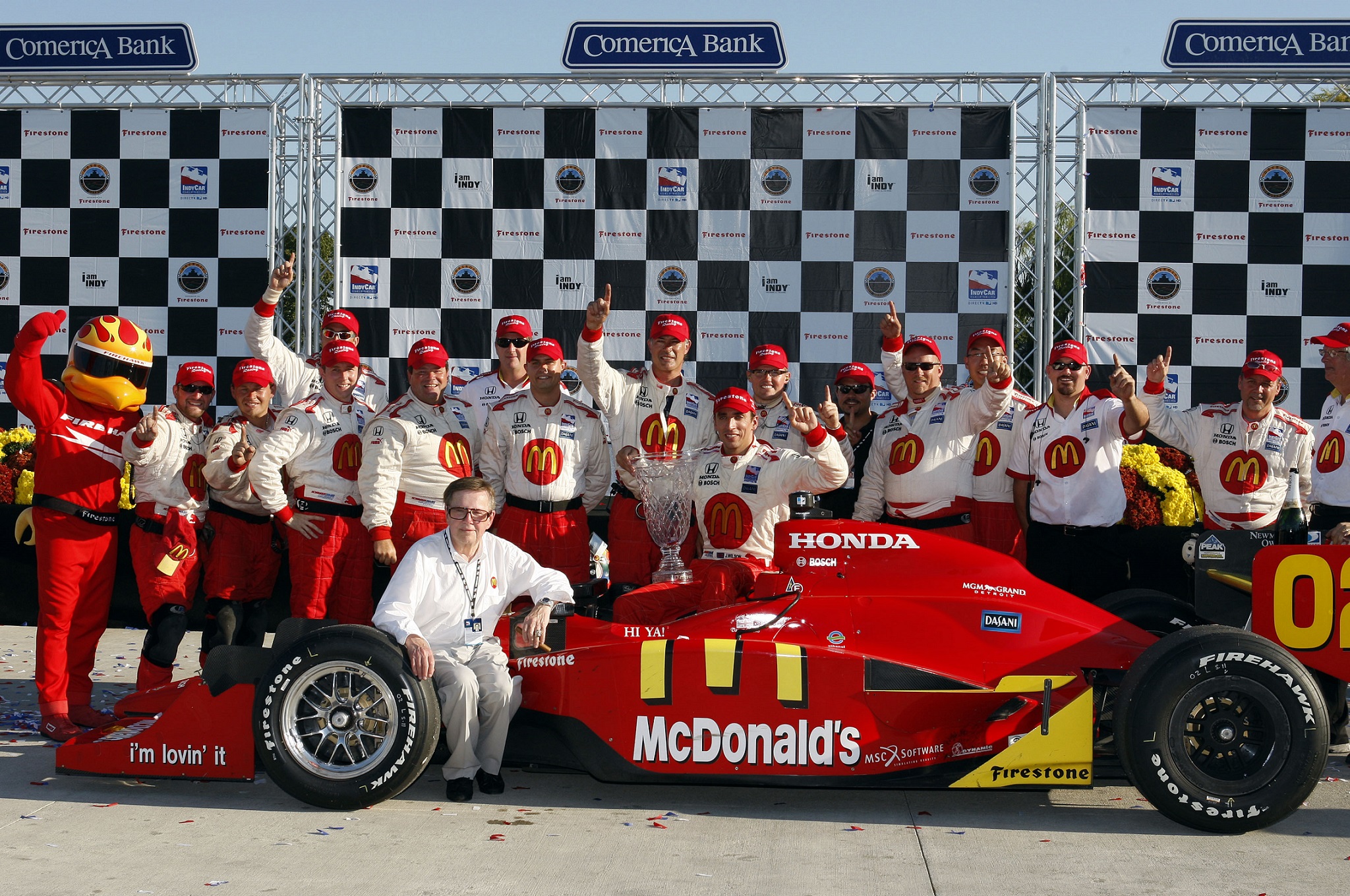 Mario Andretti (driver for Newman/Haas Racing from 1983-1994, 1984 Indy car champion, 18 race wins with team): “Carl had a heart of gold and a deep commitment to our sport. He earned the respect and admiration of his competitors and all those who drove for him through the years for being tenacious yet fair. In fielding teams in various series from SCCA to Formula 1, Carl always sought the best equipment, the best drivers, and the best team personnel. His legacy especially in Indy cars will be his phenomenal record of victories and championships, thanks in part to the great supporting cast I just mentioned. When I recall the joys of my whole career, I have to include my tenure at Newman/Haas because of the people. Spending 12 seasons with Carl and [wife] Berni and Paul Newman was amazing, triumphant, relentless work and heartwarming. All of it. The sport has lost a colorful character, but Carl Haas is unforgettable. He will always be an icon in motorsports and myself and so many others have lost a dear friend.”

Michael Andretti (owner of Andretti Autosport; driver for Newman/Haas Racing from 1989-1992, 1995-2000): “I am deeply saddened to learn of the passing of Carl Haas. Carl was an icon to our sport and the automotive industry, and I owe a great deal of my career’s success to my time with Carl and the Newman/Haas family. Paul and Carl built what was undoubtedly one of the greatest teams in history; I am truly honored to have been a part of the legacy they built.”

Sebastian Bourdais (driver at KVSH Racing; driver for Newman/Haas Racing from 2003-2007, won four consecutive Champ Car championships from 2004-2007): “It is with great sadness that I heard the news of Carl’s passing. Back in 2002, Carl gave me the opportunity of a lifetime when he hired me to drive the second Newman/Haas Racing car in CART for the 2003 season. He did so with no sponsor to run the car, and I will be forever grateful for the faith he placed in me. From 2003 to the end of 2007, the whole team became a real family to me, thanks to him, Berni, and Paul, who had successfully assembled the best group of guys I ever worked with. Today, I can only feel privileged to have been able to contribute with poles, wins, and championships to Carl’s racing legacy. My deepest condolences to Berni and their family. Carl, you will be dearly missed.”

Douglas Boles (president, Indianapolis Motor Speedway):“Carl Haas fielded cars for some of the best drivers in the world and his leadership and competitive spirit caused Newman/Haas Racing to become one of the most successful teams in our sport’s history. The Indy-car community was fortunate to have his personality as part of its family and Mr. Haas’ legacy of excellence and winning will long be remembered.”

Mike Lanigan (co-owner of Rahal Letterman Lanigan Racing; former co-owner at Newman/Haas/Lanigan Racing): “As a partner of Carl’s for four years in IndyCar, I got to know him as a generous and kind individual whose whole life’s purpose was racing. I have always had the respect for the man who achieved so much success on and off the track. He lived the American dream in starting his career under humble beginnings and achieved his accomplishments through hard work, long hours, and determination. Isn’t that what this country is all about? He will be sadly missed, but never forgotten.”

Mark Miles (CEO, Hulman & Co., parent company of IndyCar and Indianapolis Motor Speedway): “All of us at IndyCar and the Indianapolis Motor Speedway are saddened to hear of the passing of Carl Haas. His contributions to our sport were immeasurable and the success of Newman/Haas Racing solidifies his place as a legend in motorsports. We send our condolences to his family and friends during this difficult time.”

Graham Rahal (driver at Rahal Letterman Lanigan Racing; driver for Newman/Haas/Lanigan Racing from 2007-2010): “Carl Haas was one of the legends of our sport, a person whose passion for racing led his teams and businesses to amazing success over the years. I personally can’t thank Carl enough for giving me my first opportunity and introducing me to the sport I love. In his time, Carl was the boss of many of racing’s greatest drivers, and for me to get to work under him for those four years, [those] were some of the greatest times of my life. There weren’t many like Carl, and he will surely be missed.”

Oriol Servia (driver for Newman/Haas Racing in 2005, 2009, 2011): “Carl’s overwhelming success in racing as his legacy states was only matched by his genuine, passionate, and peculiar character. I was lucky enough to drive for Carl in the three different seasons (2005, ’09, ’11) and during those years all the conversations I had with him were priceless. He was loved and appreciated by everyone that ever worked for him. He had high loyalty standards and all his partnerships with manufacturers, sponsors, Paul Newman, and with his long life partner and wife, Berni Haas, are a clear proof of it and should serve as an example to the rest of the racing and business community.”