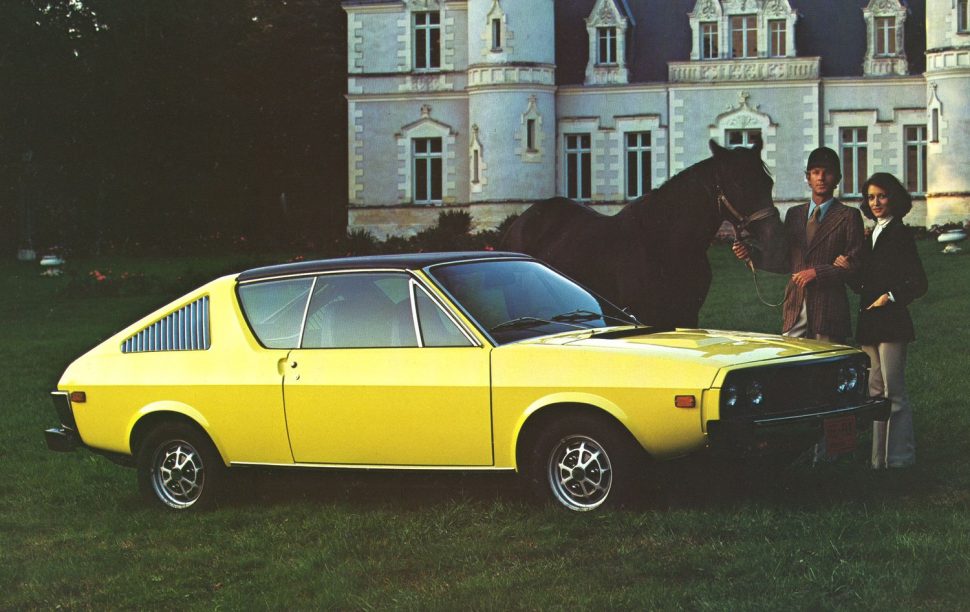 This gem, dug out of the imported car brochure drawer in a HMN filing cabinet, offered a genuine surprise to this writer, as I was completely unaware of these Renaults’ existence, never having personally seen or even read about them before in my 40 years of car-nuttiness. How did these sporty 1970s Renaults fly so far under my import-focused radar, especially that cleverly-designed 17 Coupe Convertible? I have much to learn…

If the Standard Catalog of Imported Cars is to be believed, the Maubeuge, France-built 15 and 17 both hit the roads in 1972, while the fuel-injected 17 Gordini was introduced for 1974. While this brochure offers no printed date, we have a hunch it’s from 1975, a year that the French marque sold just 5,780 cars in the U.S.A.

I reached out to Marvin McFalls, president of the Renault Owners Club of North America, to get a bit of insight as to why these models were so rarely seen; he did a bit of digging and reported that fewer than 4,200 17 Gordini Coupe Convertibles were sold in all years, along with roughly 700 17TLs and 3,100 15TLs. Marvin estimated that just over 100 examples of all these models still exist in North America, with between 20 and 30 still roadworthy today.

So what are they? The sleek 15 featured a conventional front wheel-drive layout and 2-bbl.-carbureted, OHV 1,647-cc four-cylinder mated to a four-speed manual gearbox, with a three-speed automatic available. Power figures weren’t noted in this brochure, which makes sense as the 15’s 65 hp and 88-lbs. ft. of torque weren’t much, even with fewer than 2,200 pounds of car to move.

The sporty 17TL pillarless hardtop hatchback -perhaps its styling was influenced by Audi’s 100 Coupé S?- combined the 15TL mechanicals with the Gordini 2+2’s body, while that Gordini featured a high-compression hemi-head 1,565-cc four, whose aforementioned Bosch fuel injection allowed it to make 107 hp and 96-lbs.ft. of torque. A five-speed manual was standard Gordini fare, as were wider, 165 x 13 (vs. 155 x 13) Michelin radials.

It’s the Coupe Convertible versions of the 17TL and 17 Gordini 2+2 that really fascinate me, with their power-operated folding soft top that operated in fixed tracks, plus a snug, protective fiberglass topper that secured over this for winter use. I wonder, how well did this concept work in real life? 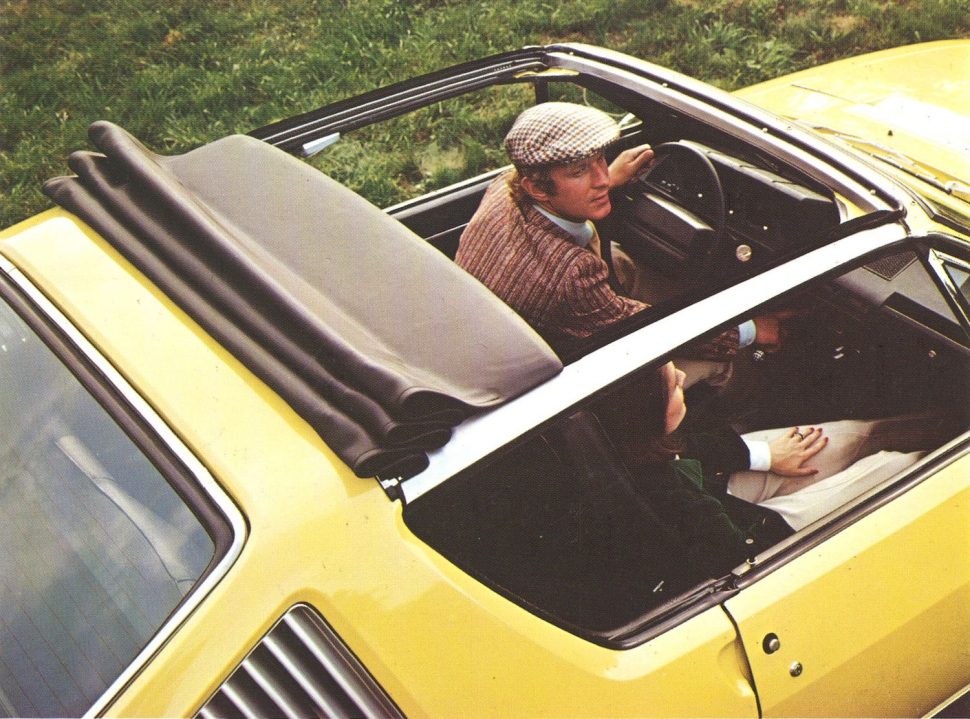 Brock Yates wrote about the 17 Gordini in the August 1976 issue of Car and Driver, saying the 15 and 17 “may be the best value in sporting machinery available in America. With a price tag under $7,000 [$6,919.77], the Gordini provides power, speed, quality and handling generally unknown in automobiles costing less than $10,000.” It seems to have been pretty well regarded, although sales of these models were quite low, considering that Renault still offered a broad product line in the mid-1970s.

This brochure  itself is quite interesting-  I love the faux New York State plates, by the way… this isn’t the first time Renault used nearly-there NY-style plates on its coupes in a brochure. And look at that great palette of colors! Rather more than today’s cars’ white, silver, grey, charcoal, and black.

The 15 TL would no longer be imported after 1976, while the 17TL would last one more year; the 17 Gordini was the longest-lived variant, being sold through 1979 in America.  Have you ever experienced one of these sporty Seventies imports?