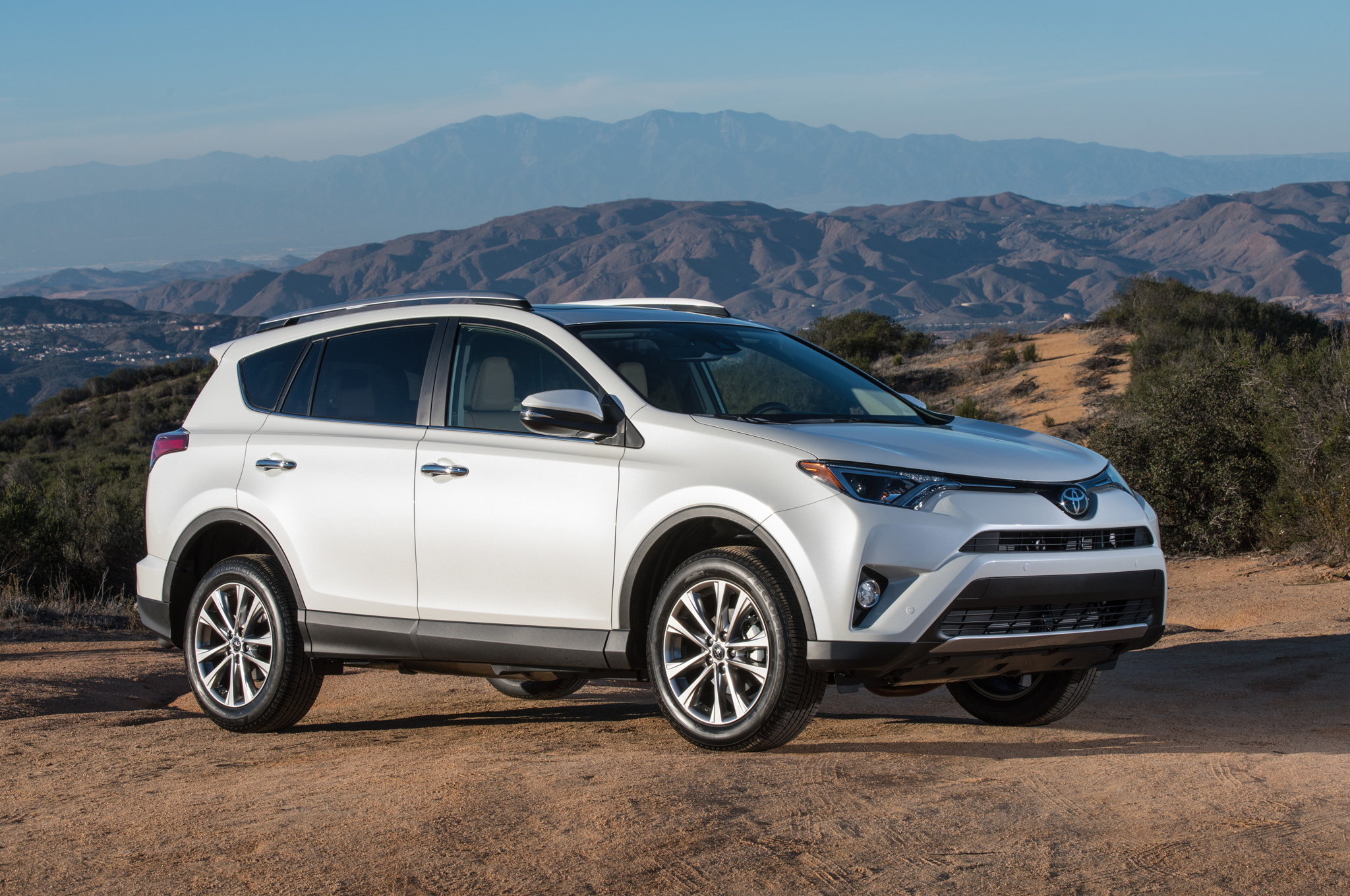 The Toyota RAV4 has evolved quite a bit in the past decade, losing its rear-hinged spare tire and becoming softer and sleeker with each passing year. For 2016, the small crossover gained fluid body lines and a higher-quality interior. But is the new design enough to deem the RAV4 something special in its segment?

Toyota does a good job of differentiating the RAV4 from the look of the Highlander and 4Runner, and even the upcoming C-HR crossover. Up front, the revised Toyota RAV4 features a slimmer line connecting the Toyota badge to the new headlights. A new trapezoidal lower grille replaces the garish cladding found on the old model. The lower fog lights appear less bulky after the update.

From the side, you probably won’t notice too many changes. Toyota says it has new rocker panels and wheel designs for the new model. Like before, the RAV4 features roof rails and a slightly sloping roofline.

Out back, the RAV4 receives revised LED taillights that appear slimmer. A silver skid plate garnish on most models covers part of the black cladding. On the old model, the cladding was quite a bit more pronounced.

The revamped RAV4 features added soft-touch materials on the upper door panel and lower dash, and a leather-wrapped steering wheel on all but the base trim. An available new 4.2-inch TFT screen replaces the outdated gauge cluster on the old model. Other new features include a 12V power outlet in the rear, a revised cup holder to hold taller mugs with handles, and a sunglasses holder. The design of the dashboard and the general layout of the controls are pretty much the same, however.

Do you think the updated Toyota RAV4 is refreshing or revolting? Let us know in the comments below.

Last week, we asked how well you thought the 2017 Maserati Levante compares to its key rivals: the BMW X6, Mercedes-Benz GLE Coupe, and Porsche Cayenne? Commenters had a wide variety of opinions about the Levante.

“Great looking SUV but like the Ghibli and Quattroporte the interior is it’s achilles heel, said Brown_Pride. “The attention to detail is not there like it is in the BMW and Porsche.”

“Honestly the Porsche is the only one I like, it looks nice inside and out,” said Grant Albrecht Goodman.