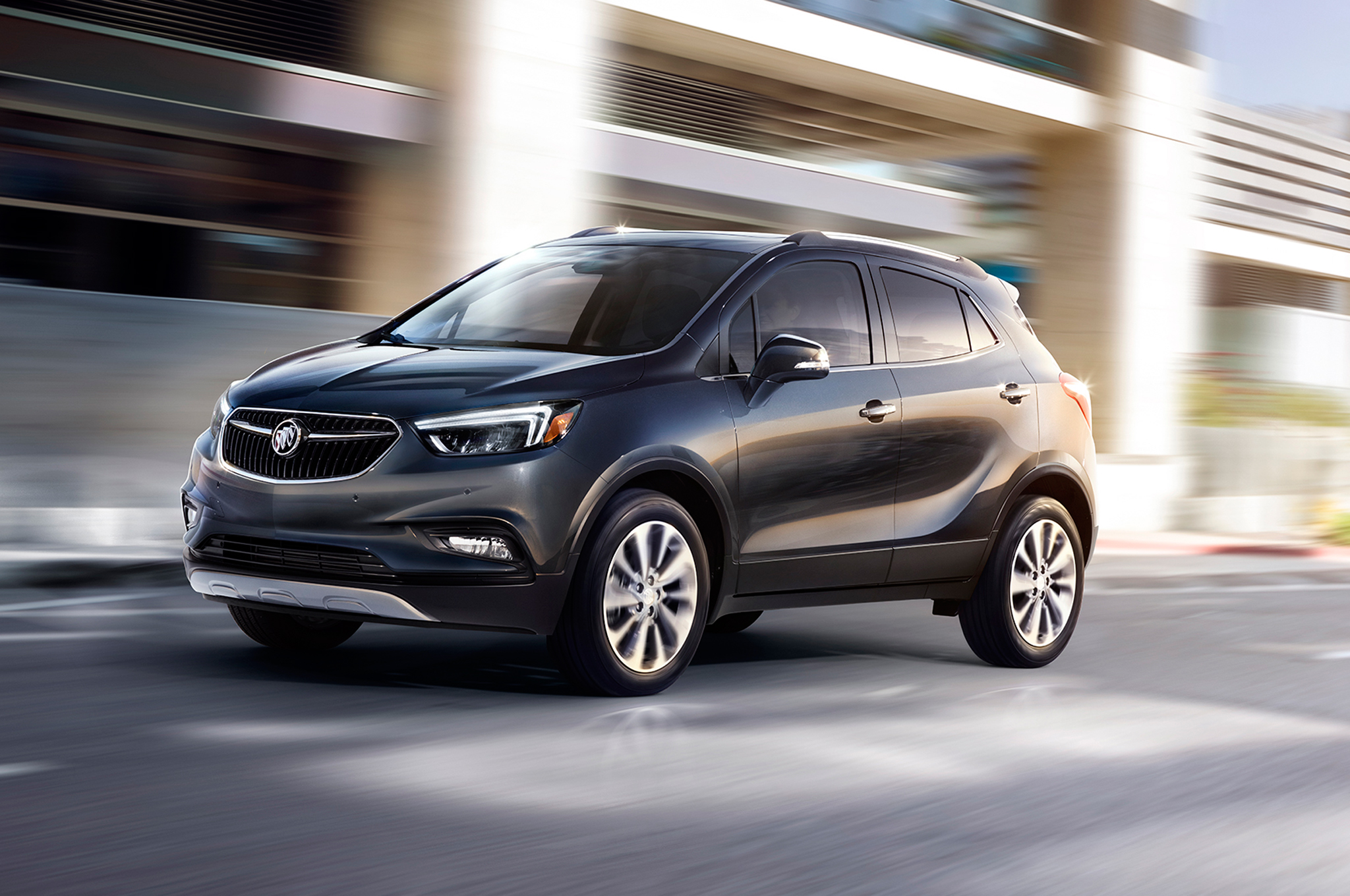 The Buick Encore, the nation’s best-selling small CUV and the automaker’s best-selling model, has been redesigned for 2017, featuring styling cues from both the Avenir and Avista concepts. While those cues may be hard to see when looking at the 2017 Buick Encore, one thing that’s easy to tell is that the small CUV has been redesigned inside and out in the hopes of keeping its sales numbers strong in the growing CUV market.

The front end has been completely redesigned, with a new grille, headlights, foglights, and front bumper. The lights have been given a new shape, with the turn signal resting just to the outside of the sharp and angular DRLs. The headlights now feature LED lights on the top two trim levels. The grille forgoes the vertical chrome slats in favor of the winged design and tri-color triple-shield insignia which was first seen on the Avenir and Avista concepts. The foglights have been integrated into the bumper, and no longer seem out of place and bulky.

From the side, the new 2017 Encore rides on 18-inch wheels, while the character lines that run the length of the body are sharper and give the model a slightly sportier appearance. The rear also features significant updates. While the taillight housings may not have changed much, they feature new LED taillights. Chrome exhaust outlets and a revised bumper with integrated reflectors complete the new, more refined look.

Getting behind the wheel, the new center stack layout is immediately noticeable. No longer is the infotainment screen jutting out from the top of the dash, but is now integrated just to the right of the steering wheel, surrounded by redesigned air vents. The controls have been simplified and rest cleanly in a row just underneath the screen. The HVAC controls are still cluttered, and use both knobs and buttons. The steering wheel remains virtually unchanged, but the gauges have been given a modern update, with a high-res digital display in the center.

These changes provide a much-needed update to the small CUV, giving the Encore a stance that appears wider and lower. And with more competition entering the segment, the 2017 Buick Encore is better poised to defend its title as sales leader. But will these changes be enough? Let us know in the comments below.

Last week’s Refreshing or Revolting featured the 2017 Kia Cadenza, and reviews were mixed.

“Refreshing. But it looks like a near carbon-copy of Buick LaCrosse, but so nice… I love it. Still the nicest Kia ever made,” said heartbandit.

“Unfortunately revolting. I love some of the Kia’s but this one has nothing going for it. This should be a Buick!” said unozero.

“The new refresh is sharp and attractive. It’s not a Jag but it’s not a drag,” said Lemuel Taylor.

“When I looked at the interior photos I thought I had been transported back to the seventies. Who chose that awful color and dash design?!” said Erin Newland.