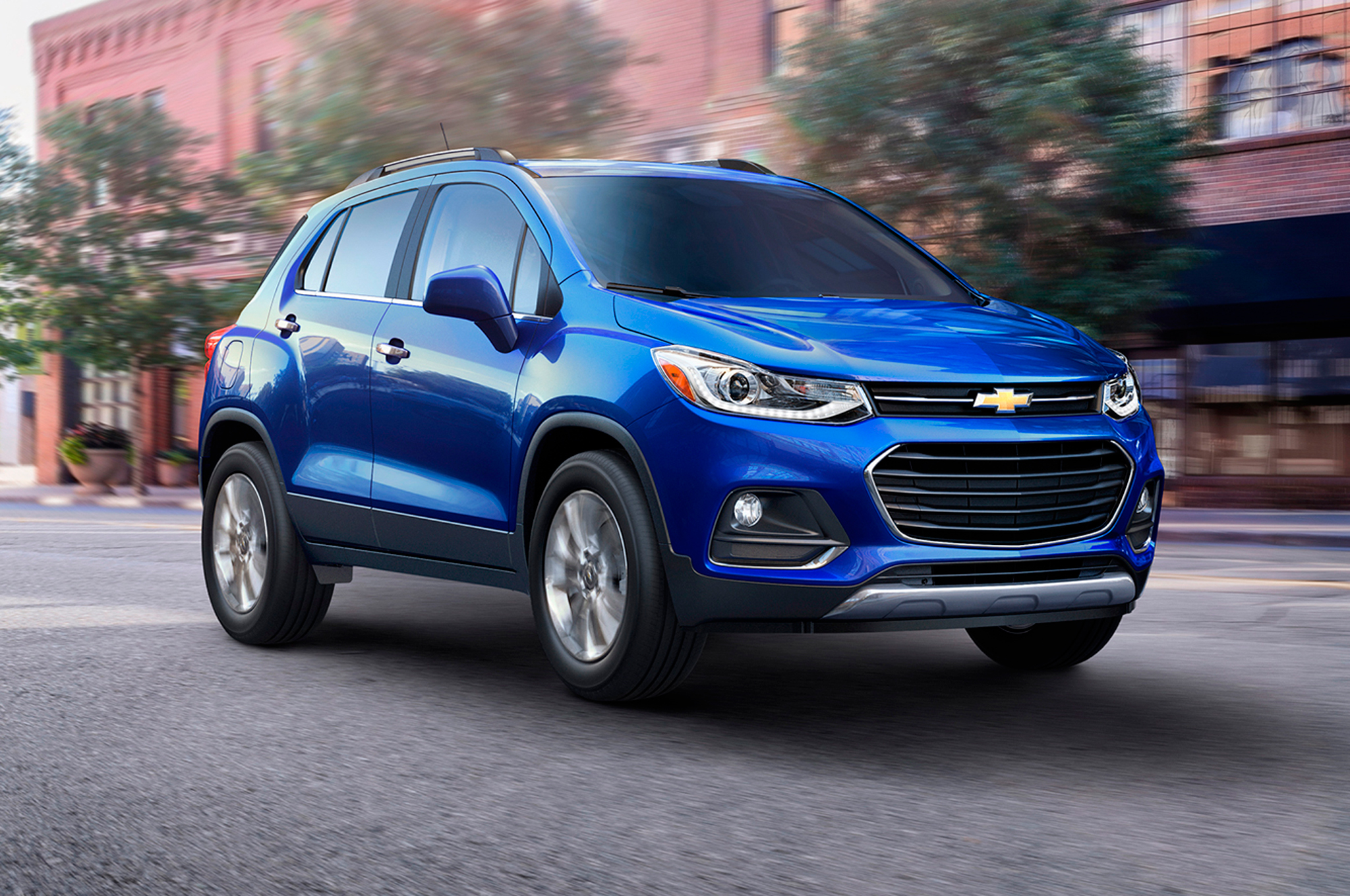 The Chevrolet Trax debuted for the 2015 model year, and two years later, it almost looks like an entirely different vehicle, at least up front. In a rather dramatic refresh for 2017, the Trax receives a number of modern styling cues from its Chevrolet sedan siblings. But are the changes too much too soon?

Up front, the subcompact CUV gets its updated dual-port grille and headlight design from the Bolt, Malibu, and Volt. The grille opening, dressed with thick horizontal slats, is wider than before, and the Chevy bow tie is now placed higher on the grille. The headlights are narrower, and the hood is brand new. These features make the front end look flatter, wider, and much less bulbous than the old model.

There’s no doubt the Trax is still a “cute ute,” and that’s particularly apparent when looking at the side proportions of the vehicle. It still looks short and a bit squat, and like the old model, it has well defined hips.

Out back, the Trax retains the small window spoiler and gets brand new taillights. The back end looks taller than before. You’ll also notice less cladding on the lower part of the vehicle’s back end, giving it a slightly more refined look.

Chevrolet has dressed the Trax with new interior bits, including a new dashboard that provides a 3D layered look. The center stack is redesigned, although many of the functions are still in the same place as before. Air vents no longer sit above the 7-inch screen, but are situated on either side.

Do you think the 2017 Chevrolet Trax is refreshing or revolting? Let us know in the comments below.

Last week, we asked for your thoughts on the 2017 Toyota 86, formerly known as the Scion FR-S. Most people weren’t so happy with the design.

“Revolting. I tried to like it, but I couldn’t,” noted Midosan. “This is what happens when you push Toyota to have exciting designs.”

“New design of the front end looks like a shark with its mouth wide open!” said SuperCarEnthusiast. “I don’t see how that is attractive for a sport car or any other car!”