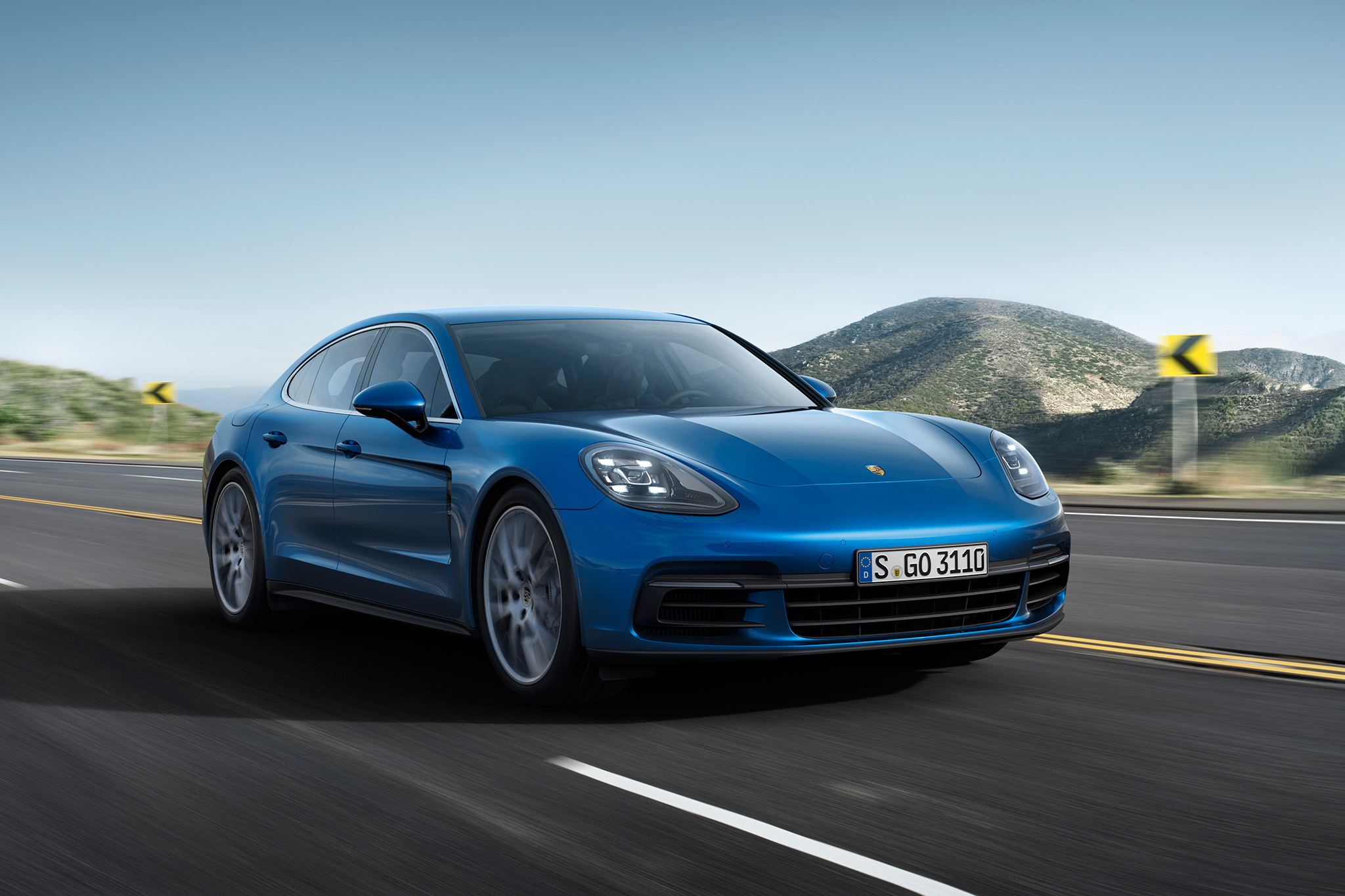 Porsche has made some thoughtful changes to its second-generation Panamera. Not only does the sedan boast new engines and a lighter body, but it also adopts more traditional Porsche styling cues. Before we ask whether you think it’s refreshing or revolting, let’s review some of the biggest visual changes coming to the 2017 Porsche Panamera.

Up front, you’ll notice only subtle updates. The headlights no longer feature two circular lights per housing, but instead offer a more cohesive look that illuminates the corners similar to the 918 Spyder. Meanwhile, the lower grille adopts a trapezoidal shape, ditching the bowl-shaped look of the old model.

The Panamera has always featured a long, stretched out body, but you may notice it’s even bigger than before. That’s because Porsche increased the sedan’s overall length by 1.3 inches. Sleek new character lines running across the doors lend the Panamera a more wind-swept appearance.

Much bigger changes happen in the rear. The Panamera’s backside is noticeably more subdued, as it doesn’t jut out like it does on the old model. Slimmer taillights resemble the units found on other cars in the Porshce lineup. A massive rear spoiler on the Turbo model finishes off the look.

Inside the cabin, the Panamera looks like an entirely different vehicle. Instead of a hodgepodge of buttons, the new Panamera puts a heavy emphasis on touch controls. The large infotainment screen, which is no longer cluttered by surrounding air vents, is the focal point of the dashboard. On the center stack, look for touch-based media controls and a redesigned shifter. Overall, it’s a much, much cleaner look.

Do you think the 2017 Porsche Panamera is a big improvement over the old model? Let us know whether you think it’s refreshing or revolting in the comments below.

Last week, we asked for your thoughts on the 2017 Kia Sportage, and the responses were largely negative. A lot of people took issue with the car’s new front fascia.

“Looks like a 10 year old Nissan was given a ‘surprised chipmunk’ face,” opined boogtc25.

“The front end absolutely kills what is an otherwise inoffensive design,” noted a.mcgee9-3.

“REVOLTING. Kia took a look at the Nissan Juke and went YES let’s use that as inspiration for our new car,” said greg.