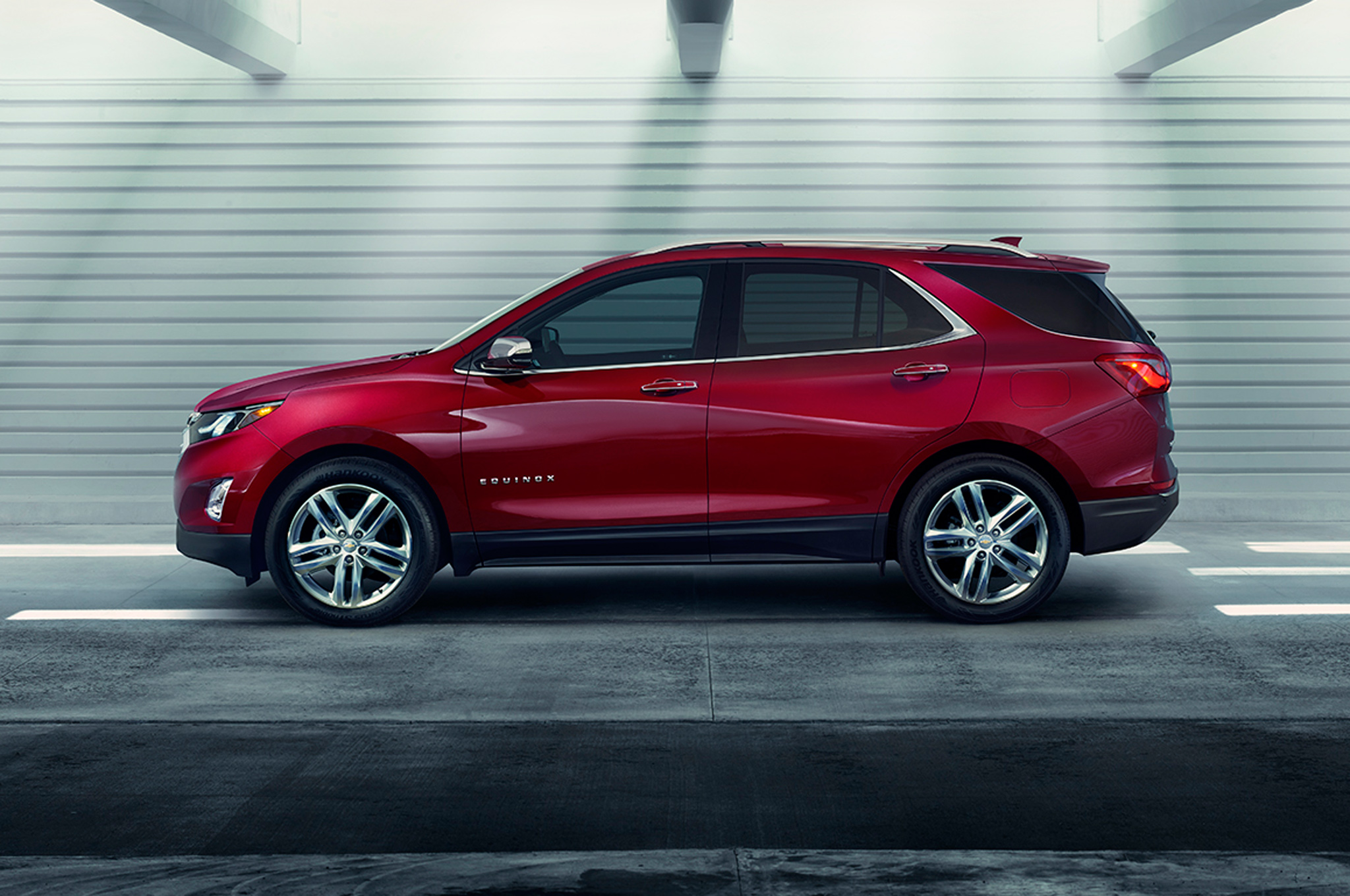 There are plenty of affordable small crossovers on the market, and honestly, the Chevrolet Equinox is one of the last that comes to mind. Likely its age is to blame; the Equinox hasn’t been completely redesigned since the 2010 model year. Now, the third-generation model is almost here, and it promises new engines and a lighter, stiffer body. But will its new windswept design win over buyers?

Chevrolet says the design of the Equinox is inspired by the Malibu sedan, and that’s especially apparent up front. On the old model, the bulbous headlights sat well above the grille. But on the new version, the narrow headlights align themselves in a straight line with the grille. The new Equinox breaks away from the Malibu’s styling by changing up the inner grille design. The body-colored bar that separated the grille in two sections on the old model has been replaced by a more subtle chrome piece.

Even though it seems like vehicles get bigger and bigger every year, Chevrolet has actually trimmed down the Equinox. The crossover loses 4.7 inches of length, almost an inch in height, and 5.2 inches off its wheelbase. Width, meanwhile, increases a mere 0.1 inch over the previous model. By comparing the side profiles, you may notice these differences, but you’re more likely to notice the swoopy lines that run through the side of the new model. The new Equinox also features more dramatic body cladding below the doors, but less prominent hip bones.

In the rear, the taillights are thinner and run horizontally, making the SUV appear wider. The license plate surround has also been redesigned. Meanwhile, the new model still features the same wrap-around rear window.

One peek inside the cabin, and you’ll hardly recognize it next to that of the last-gen Equinox. A large touchscreen sits above a more cohesive set of buttons. The dashboard seems lower and less bulky in the new model.

Do you think the 2018 Chevrolet Equinox is refreshing or revolting? Let us know in the comments section below.

Last week, we asked for your thoughts on the 2018 Mercedes-AMG GT Roadster, and the reviews were generally positive.

Giallofly said, “Very refreshing.  The AMG GT is a nicer looking car than the SLS which certainly wasn’t bad.”

Midosan also deemed it refreshing, but preferred the SLS. “One look at the SLS and you can tell that it is a special MB. The AMG looks wise, is no more unique than the rest of the MB coupes.”