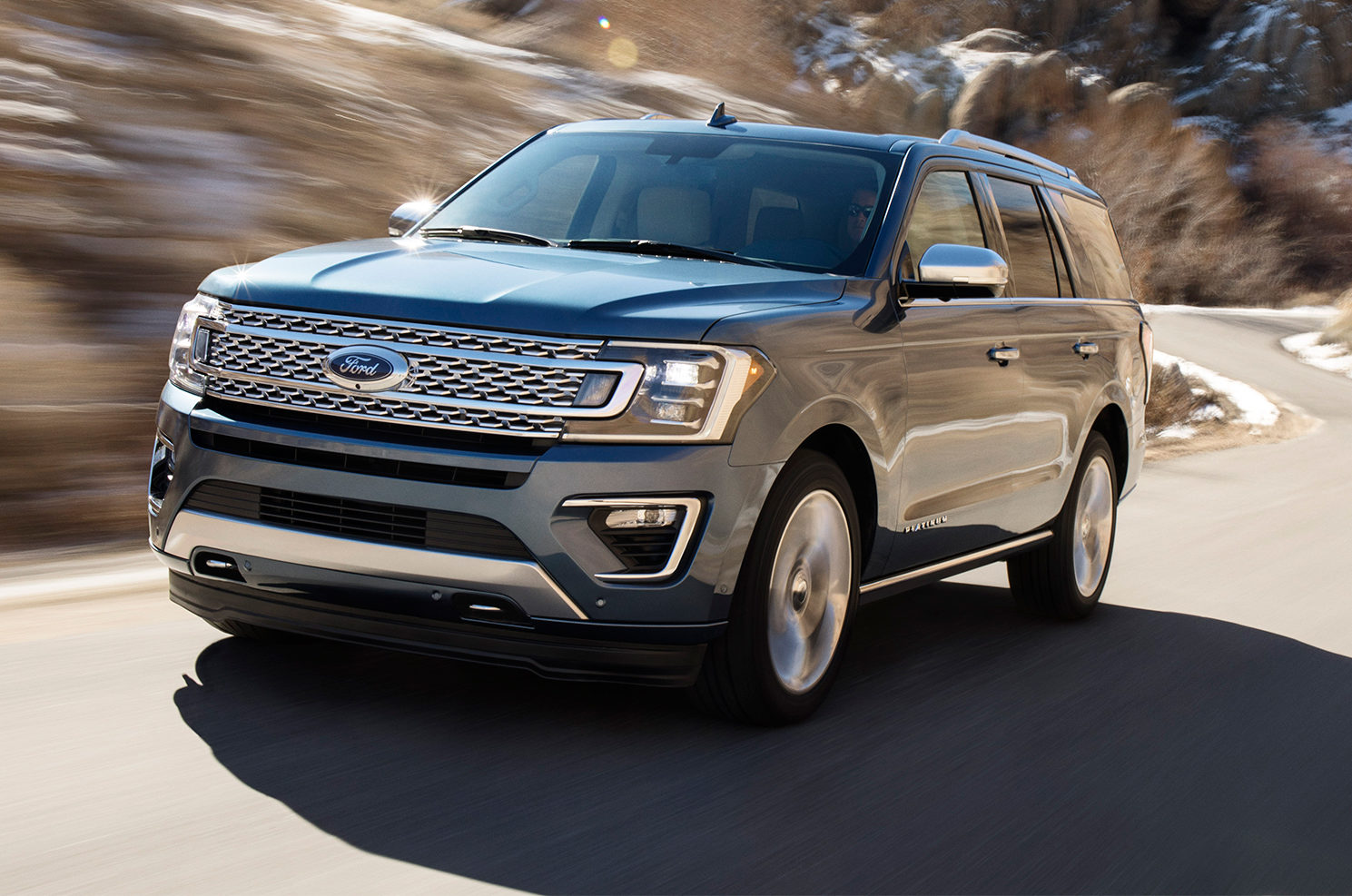 Since the Expedition’s debut for the 1997 model year, the SUV has received refreshes and upgrades, but never a ground-up redesign. Not the case this time. The full-size 2018 Ford Expedition rides on an all-new aluminum-intensive platform and gets an updated look. Let’s see how the new styling compares to the outgoing model.

Ford applies the new C-shaped headlight design found on the current F-150 and integrates them into the grille. The horizontal grille remains but now with much smaller gaps and different patterns depending on the trim level. Both headlights and grille appear larger in size, as does the Ford logo. The redesigned hood is more angular resulting in a more aggressive look.

Ford raised the Expedition’s beltline and increased the size of the C-pillar significantly as the automaker did with the smaller Explorer. A distinctive body line now runs along the side of the SUV, from headlight to taillight. The rear spoiler contributes to a sportier profile.

Looking at the rear end, the boxier design gives the SUV a more robust look versus the more rounded look of the outgoing Expedition. C-shaped taillights replace the plain rectangular taillights of the last-gen model. The rear bumper appears larger, which accentuates the Expedition’s bulk when viewed from behind.

As for the interior, the small circular air vents in the center stack are replaced by larger vertical vents and the infotainment display screen grows and offers Ford’s Sync 3 infotainment system. The vertical shifter is now a rotary knob and the four-spoke steering wheel has a more modern design with thicker hand grips.

Let us know what you think about the all-new 2018 Ford Expedition in the comments below. How does the new styling compare to its predecessor, and how does it stack up against the full-size SUV competition, which includes the Chevrolet Tahoe, Toyota Sequoia, and Nissan Armada?

Last week, we asked you to take a look at the new 2018 Lexus LS, and most of you didn’t care for the new flagship sedan’s large spindle grille.

Skakh said, “Regardless of how fine a vehicle, that grille simply eliminates Lexus from consideration.”

“Reminds me I need to buy a new cheese grater,” said Ed Martucci

However, a few did appreciate the new look.

Roland Gheorghiu said, “Lexus is 10 years ahead of the competition in styling department … it’s more futuristic than others in my opinion”