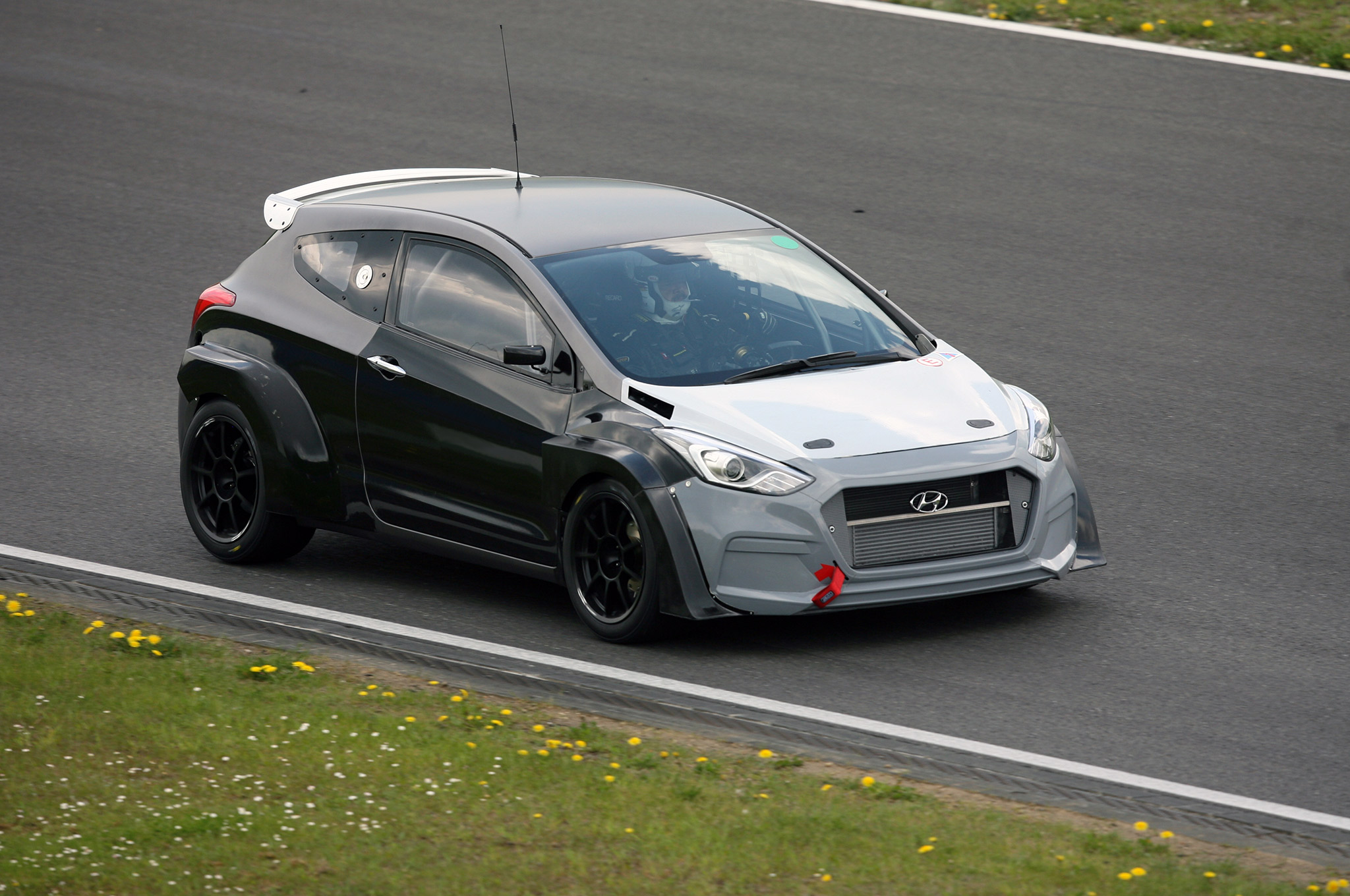 Hyundai has revealed that the first vehicle from its N performance division will debut in 2017. Speaking with Autocar, N brand boss Albert Biermann, who left BMW M in 2014 for Hyundai’s performance division, has revealed that the i30 (Elantra GT in North America) will be the first car to get a high-performance variant. However, the car will be likely based on the next-generation hatchback since the current-generation is on its way out of production.

Earlier this week, Hyundai announced that it was entering three vehicles in this weekend’s Nurburgring 24 Hours endurance race, one of which was a development prototype called the i30 2.0T that features performance upgrades made by the N performance division. Along with the development car, Hyundai also entered a Veloster Turbo and an i30 1.6 Turbo, which is the defending champion after winning its class last year.

Under the hood of the upcoming i30 N will likely be a 2.0-liter turbocharged engine. Biermann also revealed that the car could have a top speed of 155 mph and it may be offered with a package that could come with a boost in engine output along with bits to improve its performance on the track. When asked about be priced, Biermann said that the car will be affordable since affordability is part of the N division’s focus. A manual gearbox will come standard while an automatic version arrives a year later. Biermann also indicated that all-wheel drive may be possible as one of the future variants and that Hyundai will go into different global markets with its N division, which hopefully includes the U.S. Once it goes on sale, the i30 N will go head-to-head against the likes of the Ford Focus ST and Volkswagen Golf GTI.

Compared to the standard i30, the development car being raced at the Nurburgring 24 Hours has a newly developed engine, which is being put to the test during the race. Additional changes include upgraded suspension, dampers and steering, and wider bumpers that comply with motorsport safety regulations. The 2.0-liter turbo-four in the i30 2.0T is reportedly making around 259 hp and upwards of 227 lb-ft of torque.

The Genesis brand will also receive high performance variants of its vehicles. However, the N badge, according to Biermann, is reserved specifically for Hyundai vehicles, which means Genesis’ performance cars will have a different designation.  He also hinted that there’s a possibility N-badged vehicles could have hybrid powertrains. “We have everything available,” said Biermann. “It’s too early now [for hybrid powertrains in N cars], but the time will come soon definitely.”

Hyundai has been developing performance models since 2013 and launched the N division as part of its World Rally Championship campaign. In addition to a facility in Namyang, South Korea, the N division also has a large development facility on the Nurburgring.