Restored or restomodded Corvette? Denver auction proves appeal of both

Conventional wisdom says that a restored-to-original-specifications car will almost always retain more value than a restomod, which, typically speaking, is built to address a specific owner’s styling and performance tastes. Last weekend’s Mecum auction in Denver, Colorado, showed that both camps have strong devotees; of the five Corvettes in the sale’s top-10, three were restorations, while two were custom builds. 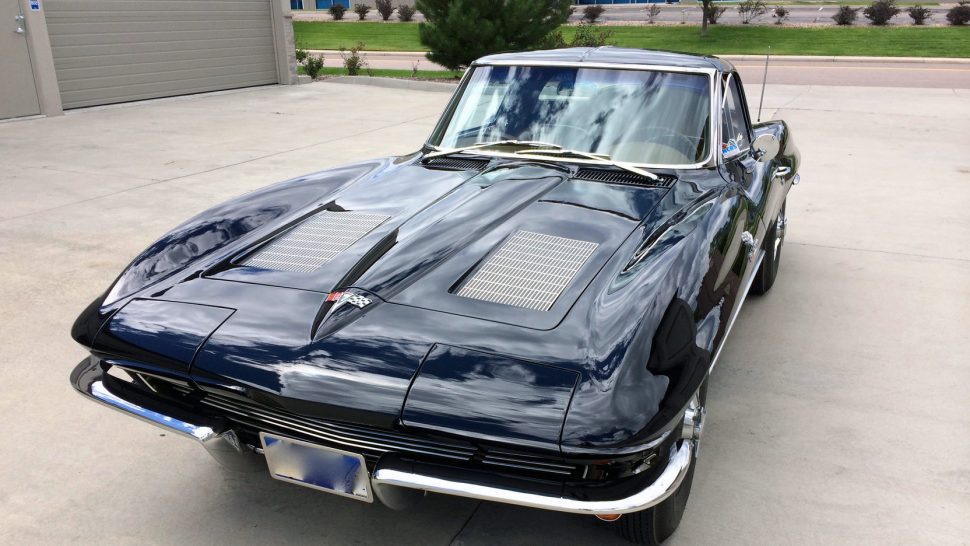 The most expensive restored Corvette sold in the Mile High city was a 1963 split window coupe, reportedly restored by a regional NCRS judge in 2010. Powered by a fuel-injected 327-cu.in. V-8 bolted to a four-speed manual transmission, the black Corvette has clocked just 100 miles since being restored, spending the rest of its time in a climate-controlled garage. Following its restoration, the Corvette received Top Flight recognition at a Rocky Mountain Chapter NCRS meet in September 2011, and its pedigree and condition helped the coupe achieve a selling price of $140,000. 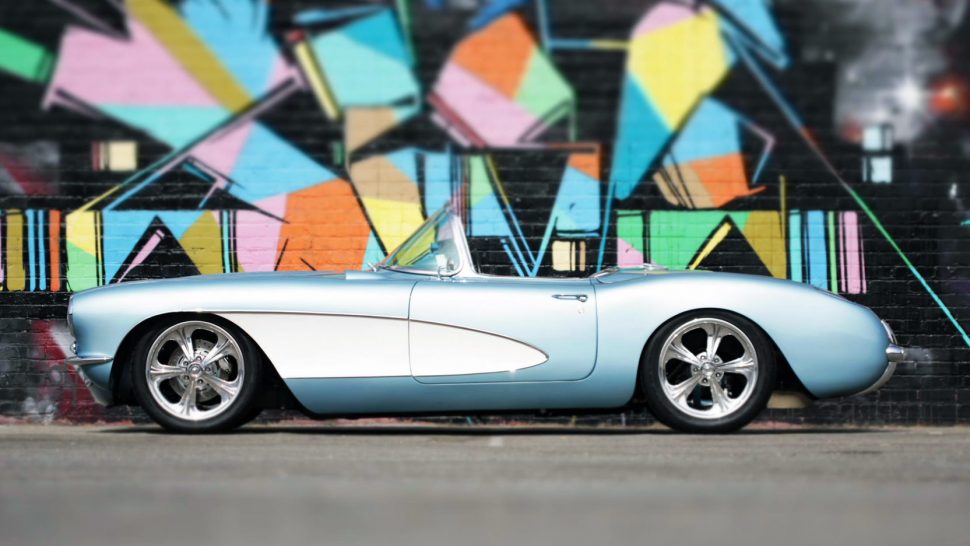 On the restomod side, a 1957 Corvette, said to be the result of a two-year build by Joe Peck Customs in Van Nuys, California, achieved an impressive $135,000 selling price. Beginning with a non-numbers-matching car, the shop fabricated a complete custom frame, repaired the crash-damaged fiberglass front end and dropped in a modern LS3 V-8, rated at 480 horsepower and mated to a six-speed manual transmission. Inside, the dash sports retro-look gauges, while white leather wraps the seats, dash and door panels. Purists may shy away, but one bidder clearly found the metallic light blue with white cove convertible to his (or her) liking. 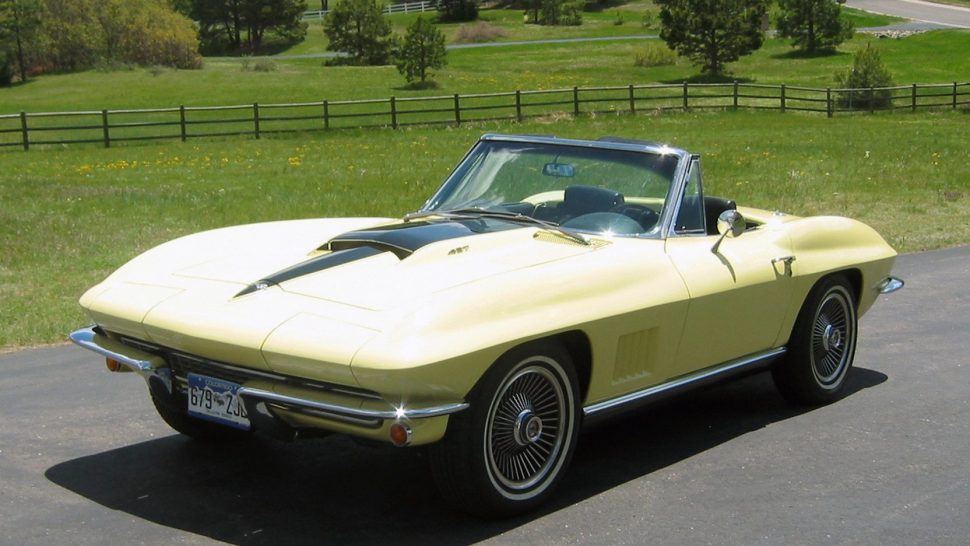 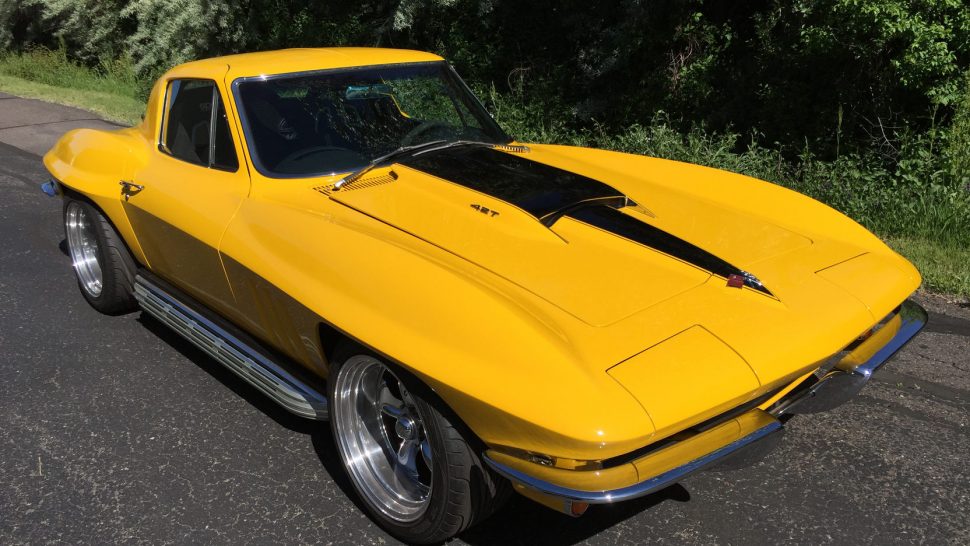 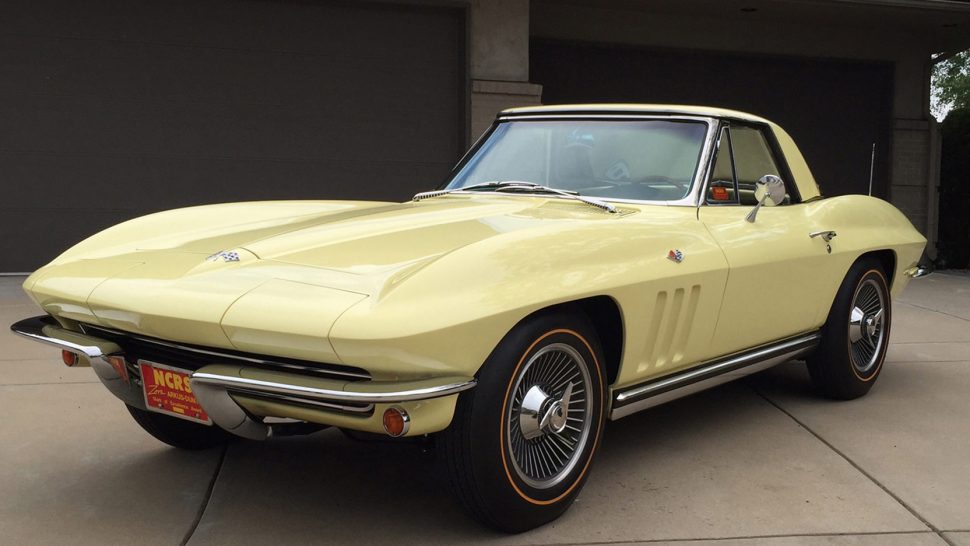 A trio of mid-year Corvettes also fought it out, with a restored 1967 convertible achieving a hammer price of $125,000, likely due to the 427-cu.in., 400-hp Tri-Power V-8 beneath its hood, along with an option list that was said to include factory air conditioning and the J56 Special Heavy Duty Brakes.  In counterpoint, a 1966 coupe restomod powered by a contemporary 427-cu.in. LS7 V-8 (further enhanced with a 100-shot nitrous oxide system) sold for $115,000, while a more subdued restoration of a 1965 convertible, powered by the 300-hp, 327-cu.in. V-8 and boasting three NCRS Top Flite awards and Bloomington Gold certification, changed hands for $72,000. 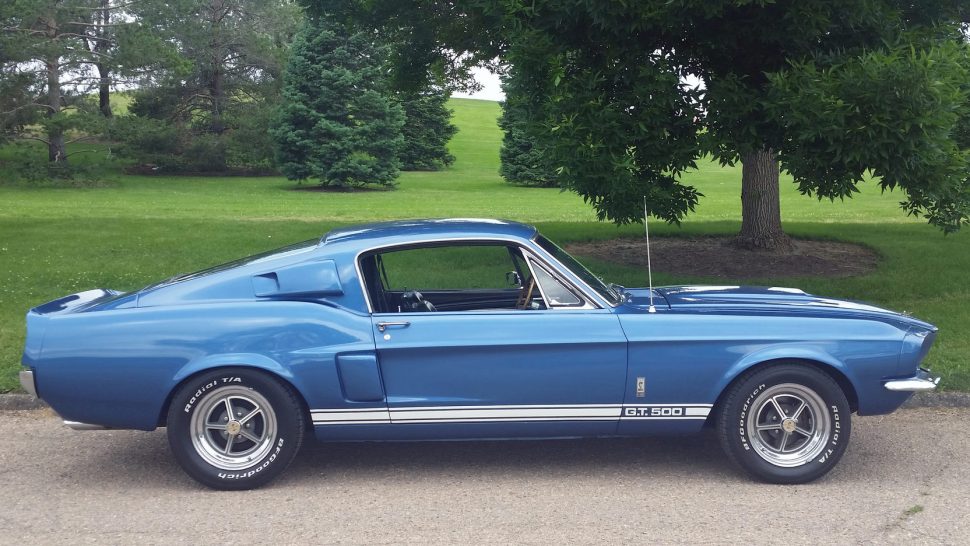 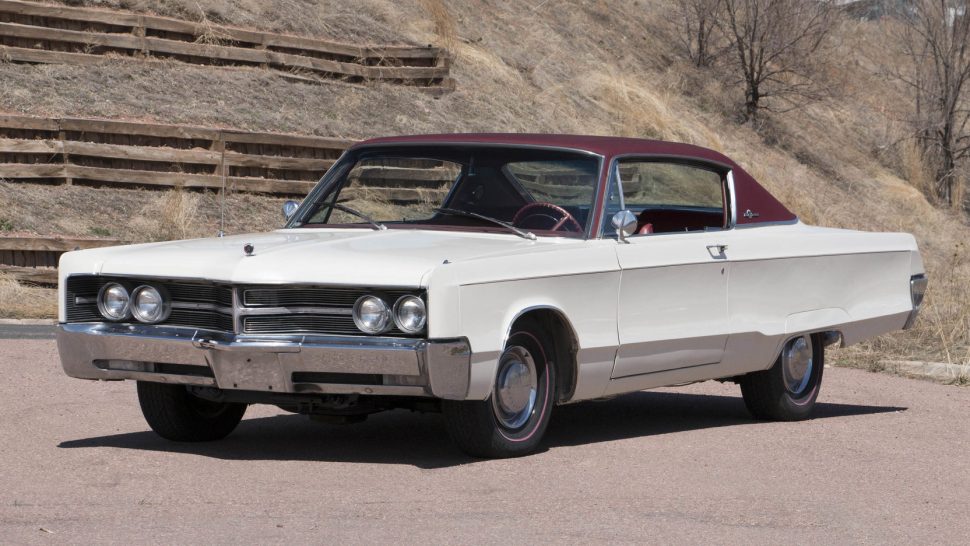