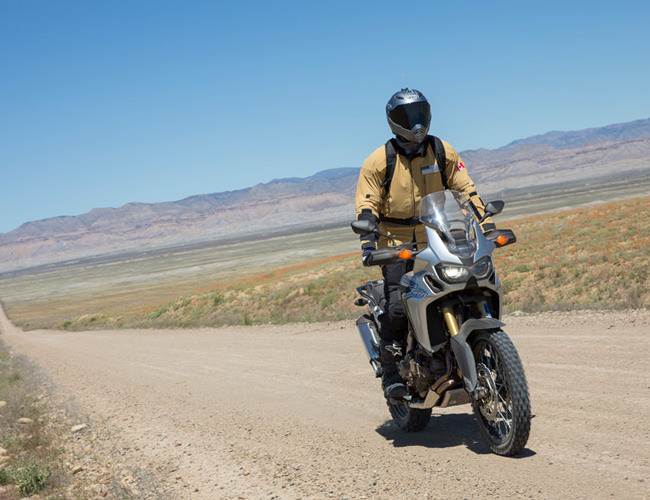 Speckled in mud and wearing digi-camo paint, the Honda True Adventure concept was quickly discerned to be the second coming of Honda’s legendary Dakar winner, the Africa Twin. With U.S. motorcycle sales steadily rising, it took no time at all for Honda to confirm the iconic nameplate would appear on their new CRF1000L and would be available in North America for the first time ever. When it was first teased at EICMA in 2014, two-wheeled wanderlusters immediately took notice.

Excitement hit a fevered pitch: where most big ADV bikes suffer a clear bias towards tarmac, Honda stuck to the Africa Twin’s roots as a true adventure bike — one that would excel equally off-road as it would on-road. Immediately, every rider with ‘around the world’ dreams started pulling out maps and plotting off-piste courses. But soon after, news trickled out that the Africa Twin would have an automatic gearbox. Those maps were crumpled and every rider’s brow furrowed — mine included. How in their right minds could Honda turn their Dakar icon — an absolute ADV beast — into an ‘automatic’ off-roader?

To give the new Africa Twin a fighting chance of living up to this hype (and its badging), Honda went to great lengths to keep packaging small, light and nimble. The 96 hp, 998cc parallel-twin engine features a 270-degree crank to emulate the grunt of the original’s V-Twin while more effectively centralizing mass. This all-new single-cam engine also allowed Honda to employ a chassis derived from their Rally winning CRF450 in ordere to deliver an ADV bike with a motocross bike’s stance. 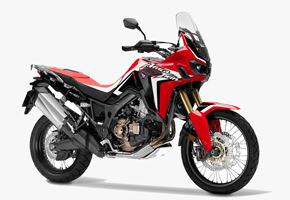 In its most pedestrian setting the DCT transmission short shifts as soon as it can. But I quickly toggled over to “S3” (this is the most aggressive transmission map — it holds gears progressively deeper into the rev range) and engage the traction control. Instantly the bike responded faster than a dazed boxer to smelling salts. Weaving through a mountain climb, lean-in was predictable and the Twin was easy to balance through corners. The fully adjustable suspension did a great job of keeping rubber to road on broken pavement and its slender waistline made it easy to monkey around during transitions.

Even when things tightened up a touch and sand — arguably the toughest terrain to ride in — reared its ugly head, the DCT kept the chassis balanced and the bike’s attitude was predictable.

With the DCT in full manual mode my left hand was back in business with up- and downshift buttons a mere thumb and forefinger away. While this undoubtedly made the DCT Africa Twin much more engaging, I’m still not convinced that algorithms know better than my reflexes. Swapping over to the manual spec Twin made me instantly more comfortable. Ironically, I think less about shifting gears and can just enjoy the ride.

One hundred miles of trail riding lay ahead, over which I discerned whether a computer controlled cog-swapper belongs in the dirt. So for the first few miles I experimented by leaving everything in full automatic mode. The two-track fire road was easily negotiated and the ride was rather relaxing. Even when things tightened up a touch and the sandy terrain tried to bog me down, the DCT kept the chassis balanced and the bike’s attitude predictable. Much of that credit goes to the transmission’s short-shifting habit and its impeccable smoothness. By being a gear or two above what I’d normally choose on a manual bike, the DCT kept me out of the torque curve, which kept the throttle smoother. Also, there’s essentially no discernible weight transfer during shifts, so the typical front end dive between shifts disappeared. That means there’s less worry of a front wheel buckling under load and laying you down. Truthfully, I was just about ready to drink the clutch-less Kool-Aid when my opinion changed. 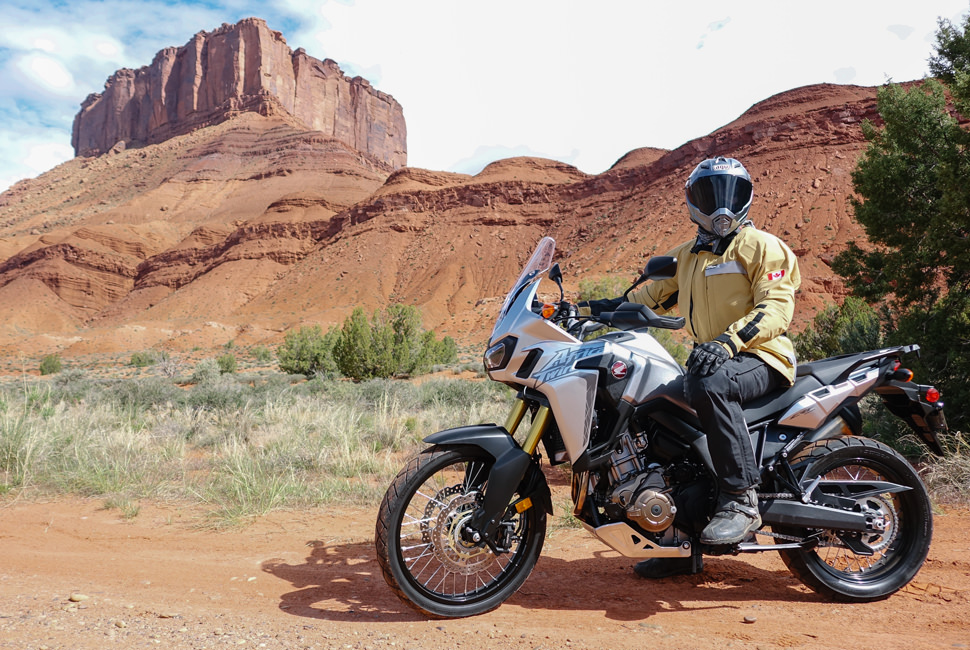 Climbing a series of previously flooded switchbacks — a dangerously steep grade and hairpin corners littered with ruts, gravel and stones — I repeatedly feel my left hand reaching for a tool that just wasn’t there. Riding any bike in the dirt (or anywhere else for that matter) demands that a rider acts on instinct and muscle memory when conditions change quickly. It’s a touch unnerving to have that ability stymied. With a standard manual, in a similar situation, slipping the clutch to maintain momentum while repositioning is key. As I rounded a corner wide, I was off line and struggling to sashay 500+ pounds of man and machine around a large rock dead ahead. There’s nothing I wanted more than to quickly bury the clutch, spool up some revs, “steer with my rear” and save my ass. Instead I rolled off and on the throttle, hoping for a similar reaction. I made the save — barely — but it sucked the fun out of a truly technical section of riding.

The Africa Twin is an incredibly capable bike. The chassis and suspension shine thanks to the incredible engineering at work. While I’d personally choose a manual model over the DCT (if it were going into my own garage) I can’t, objectively, say why. As a package, the Africa Twin is a seriously well sorted machine. Regardless of transmission choice, it won’t disappoint adventurers keen on piloting a direct descendent of a Dakar winner, down any dusty path.

Used Electric Cars: About To Get Big, What You Need To Know
Tag adventure motorcycle Honda True Adventure North America