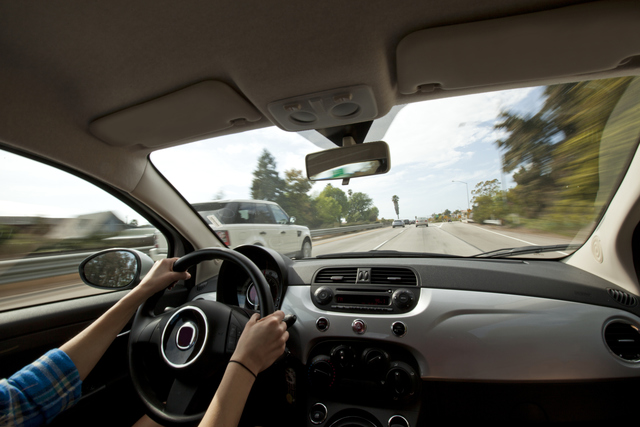 What do my star ratings mean?

Cooper Tires has had quite a year. Celebrating the 100th anniversary since its founding in 1914, one of the few completely American tire companies left alive is still going quite strong. Last year at this time we saw Cooper still reeling from the failure of a messy and complex merger deal with Indian-based Apollo Tyres, Ltd that began going south almost before the ink was dry on the agreement. This year has seen Cooper riding high on the launch of a major stable of new tires representing a strong upgrade in technology that has built on their already excellent reputation for quality tires at decent prices. In fact, Cooper’s stock price is higher than at any time in the last 5 years, topping out just above the $35 per share that was one element of the disagreements that sank the Apollo deal in the first place.

For years now, one of the flagships in Cooper’s tire lineup has been the CS4 Touring, a workhorse among the luxury touring breed.

However, the workhorse has been showing its age lately, as tire technology vaults forward almost faster than anyone can keep up. Silica compounds, interlocking sipes and other technologies have advanced a long way since the CS4 was designed, and the explosion of touring tires on the market have brought on a lot of competition. So, out with the old and in with the new. Enter the CS5 Grand Touring, which Cooper claims to be the most important tires in the company’s history. I don’t doubt it one bit.

Silica-Enhanced Compound: Silica-enhanced rubber compounds are known to improve grip while reducing rolling resistance for better fuel mileage. The CS5 Grand Touring contains about 4x more silica than the previous CS4 tires. Cooper calls this a “coupled silica compound” meaning that the silica is coupled with a silane polymer which causes the silica to bond more tightly with the natural and synthetic rubbers at the molecular level, allowing for even more silica-enhanced goodness.

3D Micro-Gauge Siping: Interlocking sipes are definitely the wave of the future in tire designs. The CS5’s use them to enhance wet grip and long-term performance by siping the entire tread depth down to 2/32, while the interlocking design prevents “tread squirm” and irregular wear caused by tread blocks flexing too much.

Wear Square Visual Indicator: The Wear Square is quite literally a square pattern cut into the inner and outer edges of the tread. The sides of this square are cut to different tread depths, so that at 75% tread depth it resembles a U shape, while at 50% it looks like an L, at 25% an I, until an exclamation point indicates that it’s time to replace the tire. Because these wear indicators are located on both sides of the tire, they can be used to detect irregular wear relatively early.

Touring tires generally focus mainly on driving “feel” meaning a smooth ride as well as good fuel economy. Cooper has gone in a slightly different direction with the CS5 by deciding to hide a performance tire inside the Grand Touring label. Unlike the pillow-soft feel of Bridgestone’s Ecopia EP422 or the silky-smoothness of Michelin’s Defender, the CS5 has a confident and stable firmness about it as well as an extremely sporty responsiveness. They react immediately and enthusiastically to steering input with a knife-edge precision that one would expect from much more performance-oriented (and expensive) tires.

Both dry and wet grip are standout features here. Wet grip is truly superior in both lateral and linear planes, and the grip is extremely progressive, letting go very slowly even at extremes of cornering force. The few times I managed to make these tires slip at all I was able to easily control the slide with throttle and steering inputs. The tires communicate very well to the driver, giving plenty of warning before reaching their limits. Braking grip is similarly stable, keeping the car in a straight line and showing no tendency to lose the rear end even under panic braking in the wettest of conditions.

In the CS5, Cooper has focused on making a stable and very safe touring tire that is still a lot of fun to drive. While it is not by any means a UHP tire, and you won’t be burning up any autocross tracks with it, it’s not your average Grand Touring tire either. There is a reason Cooper allowed the press to test these tires on Mustangs at their launch event even though they’re really designed more for luxury vehicles. There’s a lot of performance hidden in these tires that comes out when you ask for it. Whether that’s because you really like to push your daily driver now and then, or whether you just have it in reserve for emergency maneuvers, it’s very nice to know it’s there, and having it makes you safer.

Certainly the firm and sporty feel of the CS5 can make them a bit tiring on long highway drives as opposed to less performance-oriented touring tires, but not by much. These are primarily tires for people who really like to drive, but don’t want to break the bank for a set of UHP tires.