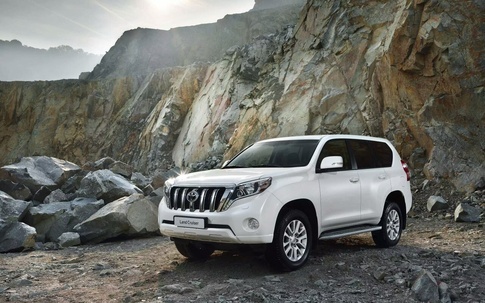 The model will be available from September and be the first of a new category of vehicles for the automaker that’s fully integrated to the internet, according to Gu Feng, SAIC’s financial controller. Among its functions, the Roewe RX5 SUV will be able to suggest alternative routes with road closures or traffic congestion, provide directions to the nearest gas station when fuel is running low, and deliver music to one’s tastes, the company said.

“Connected cars are the inevitable trend of the auto industry,” Gu said in a phone interview, declining to give a price for the new model. “We worked with Alibaba instead of Google or Apple because the latter looks at the car as a piece of hardware to install their software. If they are successful, in future they may just get a Ford or GM to produce cars for them, so we don’t see as much synergy in working with them.”

The connected car is the latest battleground for automakers and technology companies such as Google Inc. and Apple Inc. for digital revenue and control of the vehicle dashboard. Customer spending on such technologies will reach an estimated 40.3 billion euros ($45 billion) this year, with safety and autonomous driving functions the biggest categories, according to a study by Strategy&, a consulting group of PwC.

QuickTake The Internet of Things

In choosing Alibaba’s Yun OS, SAIC is promoting a Chinese alternative to connectivity systems offered by Google’s Android Auto and Apple’s CarPlay. While Hyundai Motor Co. introduced Android Auto to its Sonata sedan last year and will roll it out to other models, Toyota Motor Corp. is involved in the open platform SmartDeviceLink championed by Ford Motor Co. and another initiative called MirrorLink.

“SAIC and Alibaba hope to grow the pie with services and even if they share it, it’s a bigger pie for both,” said Bill Russo, Shanghai-based managing director at Gao Feng Advisory Co. “The car is becoming the third space, after home and office, where people expect to be connected to the internet — and an increasing number of such collaborations are happening among traditional automakers and internet technology companies.”

Alibaba said it didn’t have additional comments on the collaboration with SAIC Motor.

Among its other plans, SAIC Motor is considering:

SAIC, which has manufacturing joint ventures with GM and Volkswagen AG, is seeking to boost deliveries of its own Roewe and MG brands and expand overseas even as it navigates the trend toward autonomous driving. The company’s sales have risen sevenfold in a decade to 5.9 million vehicles last year.

“The automobile is about to change fundamentally and it could run without an engine, gearbox, even a driver,” said Gu. “This is the most challenging moment for me and I feel the pressure every single day.”