You are here: Home  /  Auto Show  /  Automotive News  /  Self-driving Roboracer does a lap at speed at the Berlin ePrix
Auto Show 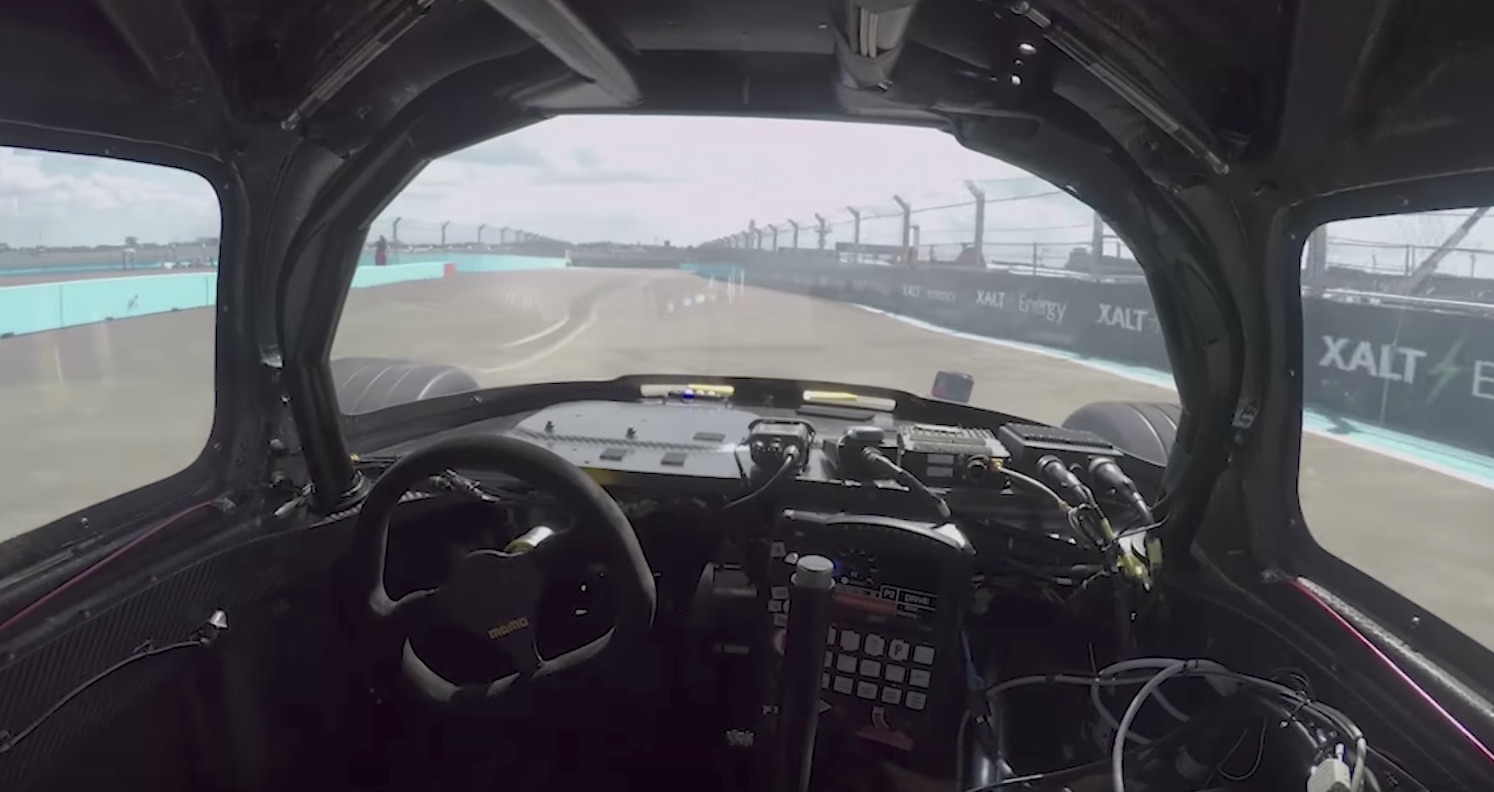 The future is shaping up to be an interesting place. For example, self-driving cars are starting to come of age and there’s even a sanctioned form of motorsport dedicated to electric cars known as the Formula E Championship. Now, self-driving cars and electric motorsports has been combined the result is a tad freaky to watch.

The result is the still-in-the-works Roborace series which in February unveiled its first self-driving race car.

Video from Roborace shows a prototype version lapping the circuit of the recent Formula E Berlin ePrix without a driver. No input from humans is given—the car simply turns, accelerates, and brakes all on its own. It’s not a slow lap either. The prototype, known as Devbot, races around the tight corners, brakes hard, and accelerates with purpose from corners through straightaways.

Devbot isn’t the final product Roborace plans to race with in the future. It’s a development car with a cabin for humans to actually drive when needed. The final vehicle, appropriately called the Robocar, will not have the cabin seen here in the video. The final product actually looks pretty cool, though, it’s strange to see a race car without any slot for a driver.

That statement opens up a realm of possibilities: will motorsport become a field for technology companies to duke it out over software? Or a place to prove technological prowess? Formula E has already shown the potential for electric cars in motorsport; self-driving cars may be the next frontier to head to the race track.

That’s far out in the future, however. For now, watch Devbot do its thing in the video above.