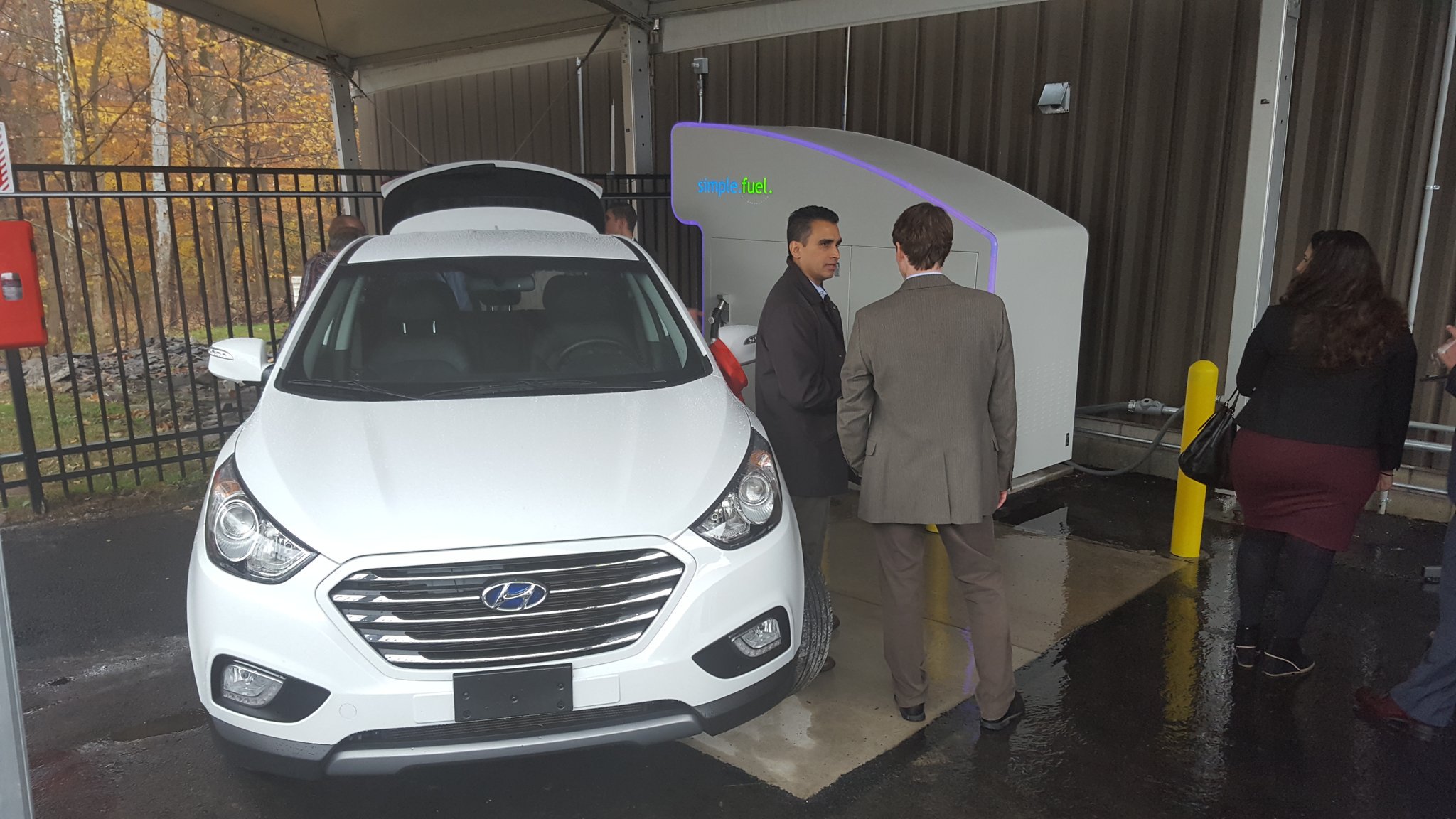 Last week, the U.S. Department of Energy awarded a $1 million prize to a little-known team for what you might call a new garage appliance.

The SimpleFuel team—actually a collaboration of three separate companies—won the prize, first offered in November 2014, for its hydrogen home-fueling station.

The goal is to let drivers of hydrogen fuel-cell vehicles generate hydrogen fuel at home rather than having to visit possibly scarce public hydrogen fueling sites.

Home “refueling” is not something that’s possible with gasoline or diesel vehicles, but it was long touted as a possibility for cars fueled by natural gas.

Roughly half of all U.S. households now have piped natural gas for heating or hot water.

So a garage compressor that would allow that to be used for overnight refills of natural-gas vehicles was considered a major selling point.

In the case of the home hydrogen station, the device is an 8-foot tall box somewhat bigger than a pair of large refrigerators.

It uses the home’s electricity supply to electrolyze water, producing hydrogen fuel that it delivers to the car’s storage tanks at a pressure of up to 700 bar (10,000 psi).

The electrolyzer stores the hydrogen in the device’s 5-kilogram carbon-fiber tank, while the oxygen is vented into the atmosphere.

A 1-kg refill takes 15 minutes or less, according to the Simple team. A 2017 Toyota Mirai hydrogen sedan holds 5 kg of fuel for its 312-mile range.

The H2 Refuel H-Prize was launched in November 2014 to “challenge America’s innovators to deploy an on-site hydrogen generation system, using electricity or natural gas, to fuel hydrogen vehicles, that can be used in homes, community centers, small businesses, or similar locations.” 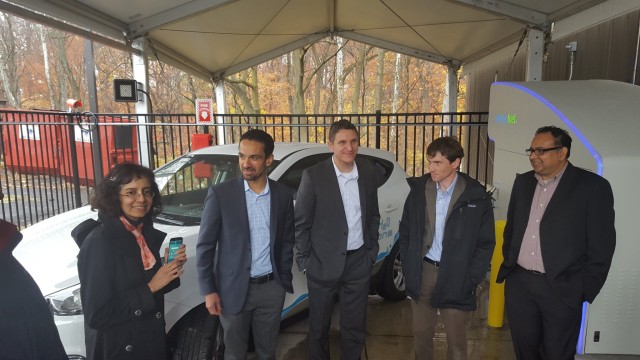 Testing of the finalists’ hardware began last September, with public demonstrations of the SimpleFuel system at a November open house.

We weren’t able to find any discussion of the energy balance and carbon footprint of SimpleFuel’s home hydrogen-fueling station on the various pages of the competition website.

The SimpleFuel team noted that the hydrogen could be carbon-neutral if the home’s electricity was supplied from renewable generation sources.

CHECK OUT: Prototype Natural-Gas Vehicles Use Gasoline As Range Extender

Nor was there a discussion of projected cost for such a station, although the cost of high-pressure compressors is the limiting factor of the viability of small natural-gas fueling stations.

In an interesting drive event of prototype range-extended natural-gas vehicles in June 2013, one of the main factors to make NGVs practical for consumer use was an affordable home fueling station.

For home fueling, the vision was that a small compressor in the garage would fill the car’s natural-gas tank overnight to its maximum pressure of 3600 psi. 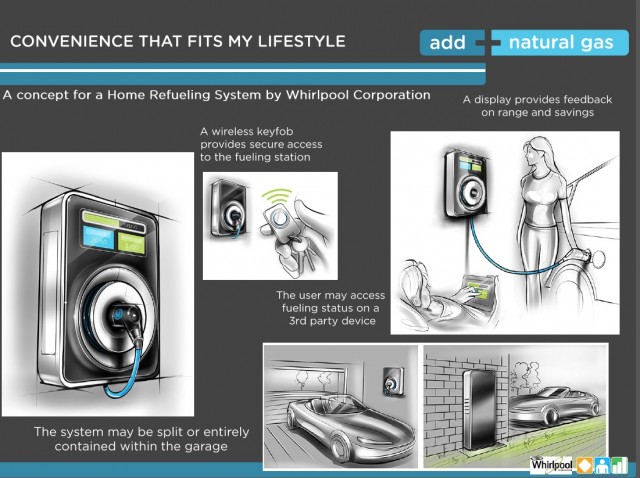 Major appliance makers that attended the June 2013 drive event said such a compressor could be an opportunity to launch a new category of home appliance sales.

It doesn’t appear, however, that garage compressors for natural gas ever emerged.

When Honda sold its natural-gas powered Civics, starting 15 years ago, it offered a home natural-gas fueling station called Phill, but at a price of $5,000 or more.