You are here: Home  /  Auto Tech  /  Therefore I Bought a Harley
Auto Tech 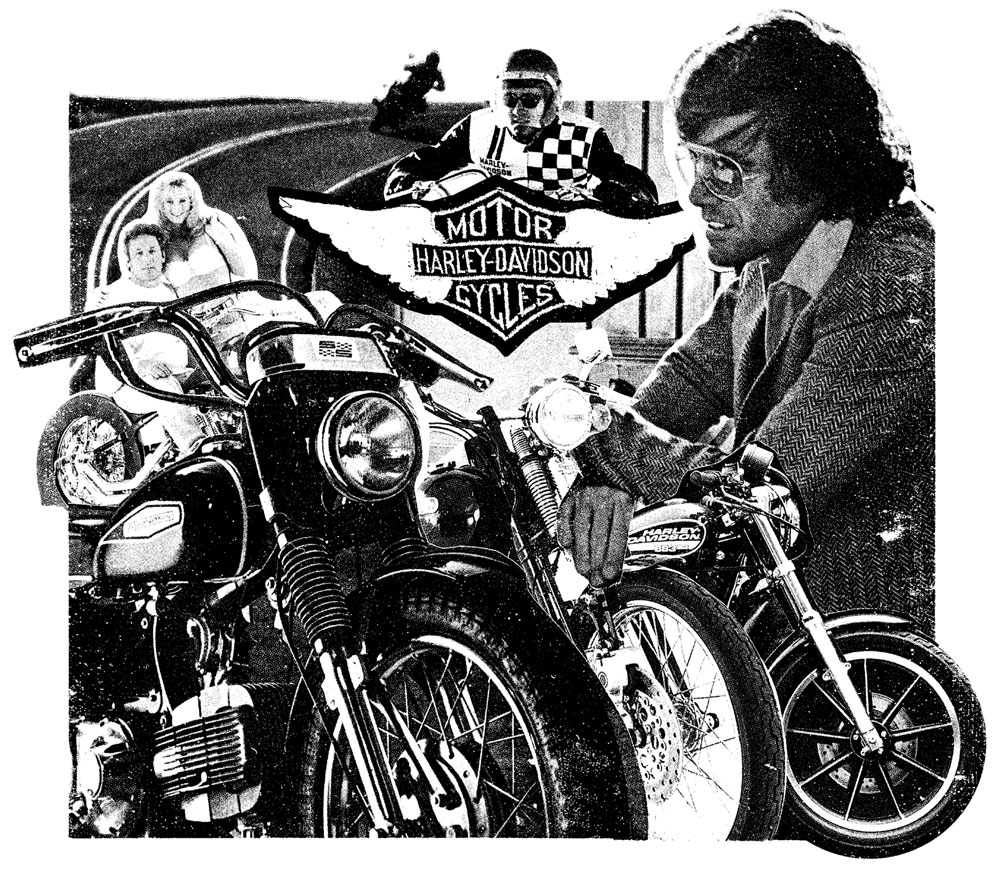 Therefore I Bought a Harley 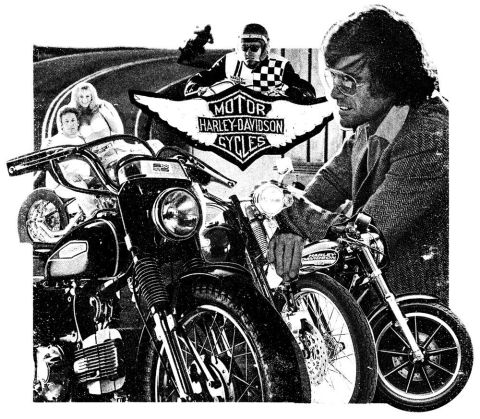 And then there are Harley riders, with their corpulent bodies and dry wells for eyes and tattoos up and down their arms like seedy strip malls and packing more weapons than the average Texas citizen. And that’s just the women. My wife Lisa, the guiding goddess of motorcycling on account of her 40 years of riding experience, doesn’t like Harleys. She thinks they are lumbering chrome guzzlers, noisy for the sake of being noisy.

Harley bikers lived life. The rest of us just watched.

Still, I always wanted a Harley. Growing up in the late ’50s and ’60s, I simply equated motorcycling with Harley- Davidson—the only bike to ride. I couldn’t have told you a single thing about the machinery back then. It was the image I fell in love with: renegade, iconoclastic, the antipode of a society demanding conformity, 100 percent pure-grade all- American. Lee Marvin in The Wild One. Peter Fonda in Easy Rider. Harley bikers lived life. The rest of us just watched.

Lisa told me I wasn’t ready for a Harley. After all, I was 60, had only had my license for a couple months, and most of that time had been riding a scooter. For any motorcycle purist reflexively rejecting a scooter, it’s a mistake. Maxi-scooters move with force. My bright red 300-cc Honda Forza purred at 65 mph on the highway. Lately, I’d made the switch to an actual motorcycle, a used 2013 Yamaha V Star 250. It felt good and had a classic look. But it was no Harley.

For weeks in my home office, I searched local dealer websites and read copious reviews. Whenever Lisa came in to use the printer, I quickly closed the browser.

“You’re hiding something,” she finally said.

Lisa always means what she says. But a few days later she learned she had to go overseas for work for several weeks. I woke up that first Saturday of her trip to a sunny and clear and balmy fall day, unusual for the southwestern corner of Washington state where we live. I looked at the dog. The dog looked at me. We nodded at one another.

I went to Paradise Harley-Davidson in Tigard, Oregon. My two main criteria were weight and seat height. (Try being five-six and cursed by the childhood nickname of Buzzy. No wonder I eventually ended up in rehab.) Harley had several models that might work, all of them in the sportster category. But once inside the showroom, I didn’t have to browse for long. My love for the 2015 Forty-Eight was instantaneous.

Vivid black in color. A wet weight of 551 pounds—not too much for me to handle—and a seat height of 27.3 inches. I could actually put both feet on the ground when stopped. The peanut tank, first introduced by Harley in 1948, gave the bike a retro elegance (although the 2.1-gallon capacity, as I later found out, makes it tough to go any real distance without fear of getting stranded). And it smoked with a 1200-cc engine.

I took it for a test drive. It was even better than I had imagined. I bought it right then, and over the next several days I rode nonstop on the southern Washington and northern Oregon coasts that are my backyard, winding along the Pacific Ocean and the Columbia River and Willapa Bay. I loved coming to a stoplight. Hard-core bikers would give me a thumbs-up. Car drivers would stare with awe. Then the light would turn green and I’d quickly power up to third gear—the sweet crescendo whine of leaving them and the rest of the world behind.

I tried to figure out where I could hide the bike before Lisa got home. But if you’re going to ride a Harley, you better learn to man up. So I did what all real men do in today’s world when dealing with something sensitive and scary: I emailed her while she was still halfway across the world.

“At least it’s a good-looking bike,” Lisa grumbled when she returned from her trip. She has learned to make a kind of wobbly peace with the bike. She hasn’t killed me yet. Neither has the Harley.

Buzz Bissinger is a Pulitzer Prize–winning journalist and the author of Friday Night Lights.

*This story originally appeared in the June 2016 issue of Popular Mechanics.