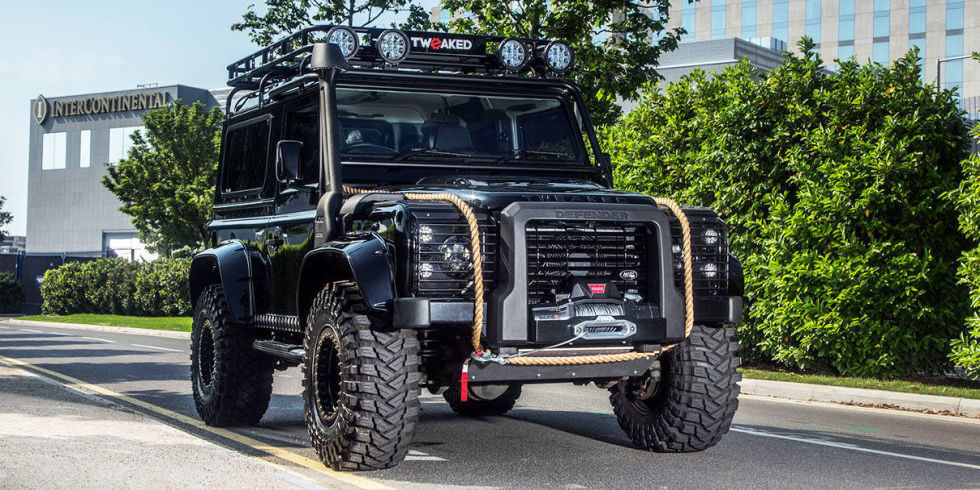 Built by a company called Tweaked Automotive in London, the Spectre Edition Defender comes with everything the movie car had (though presumably without as many guns). That includes an all-black paint scheme, wider fenders, and16-inch beadlock wheels, as well as a roof rack, light bar, brush guard, winch, and both headlight and taillight guards.

Under the hood, the Spectre Edition Defender uses Land Rover’s four-cylinder turbo diesel paired with a six-speed manual. The company also offers either the 90-inch or 110-inch wheelbase.

Pricing isn’t mentioned on the company’s website, but you can assume you’ll pay handsomely for a car billed as “an exact replica based on the film car,” especially since all the parts are claimed to be functional and not cosmetic. Sadly, since the Defender isn’t available in the States, we can only assume the Spectre Edition can’t be bought here, either.

Still, the car looks outstanding, and for the right James Bond fan, a Spectre Edition Defender is probably as cool as it gets.