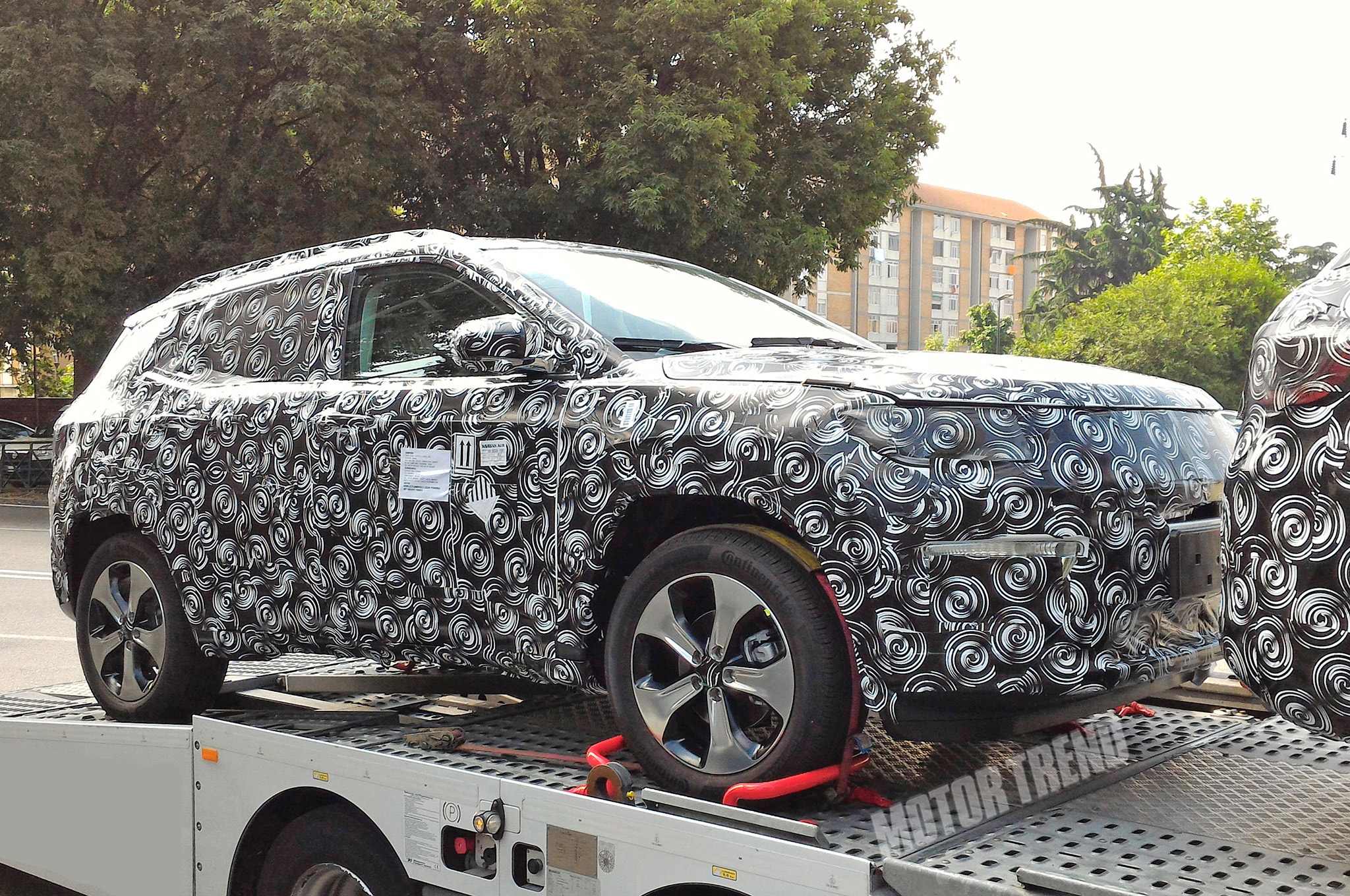 Our spy photographers have caught camouflaged Jeep Compatriot prototypes being loaded on a transport truck. The crossovers, which will replace the Jeep Compass and Patriot, will slot in between the Renegade and the Cherokee but it isn’t known whether it will get a new name or retain an existing one.

Now that the crossover is wearing its production body and is covered only by swirly camouflage, we can see the Compatriot’s shape. Immediately, it looks similar to the Cherokee but with a front fascia that’s more conventional and less polarizing. Looking closely at the lone headlight shot, it appears that Compatriot’s headlight design may borrow some cues from the larger Grand Cherokee. From the size, the prototypes’ rear side windows also sweep up more, giving it a more triangular shape compared to the square look in other Jeeps. Out back, there’s more design cues borrowed from the Cherokee including the wrap around taillights; however, unlike the Cherokee, the taillights are positioned lower from the rear window.

Interior shots of the prototype appear to have similarities to the Cherokee with the same button and knob layout in the lower center stack and what looks like an 8.4-inch touchscreen for the UConnect infotainment system. However, the rest of the interior looks to be standard Fiat Chrysler Automobiles parts bin items, though that could  change when the Compatriot goes into production.

As previously reported, the Compass and Patriot replacement will use a stretched version of the same platform utilized in the Fiat 500X and Jeep Renegade. We still don’t know what will be under the hood of the replacement for the Jeep Compass and Patriot but rumors suggest that FCA’s new Hurricane 2.0-liter turbo-four, which may also find its way on the next-generation Jeep Wrangler, will likely be one of the engine choices. The ZF-sourced nine-speed automatic used in many of FCA’s front-drive based crossovers could possibly be the only gearbox available.