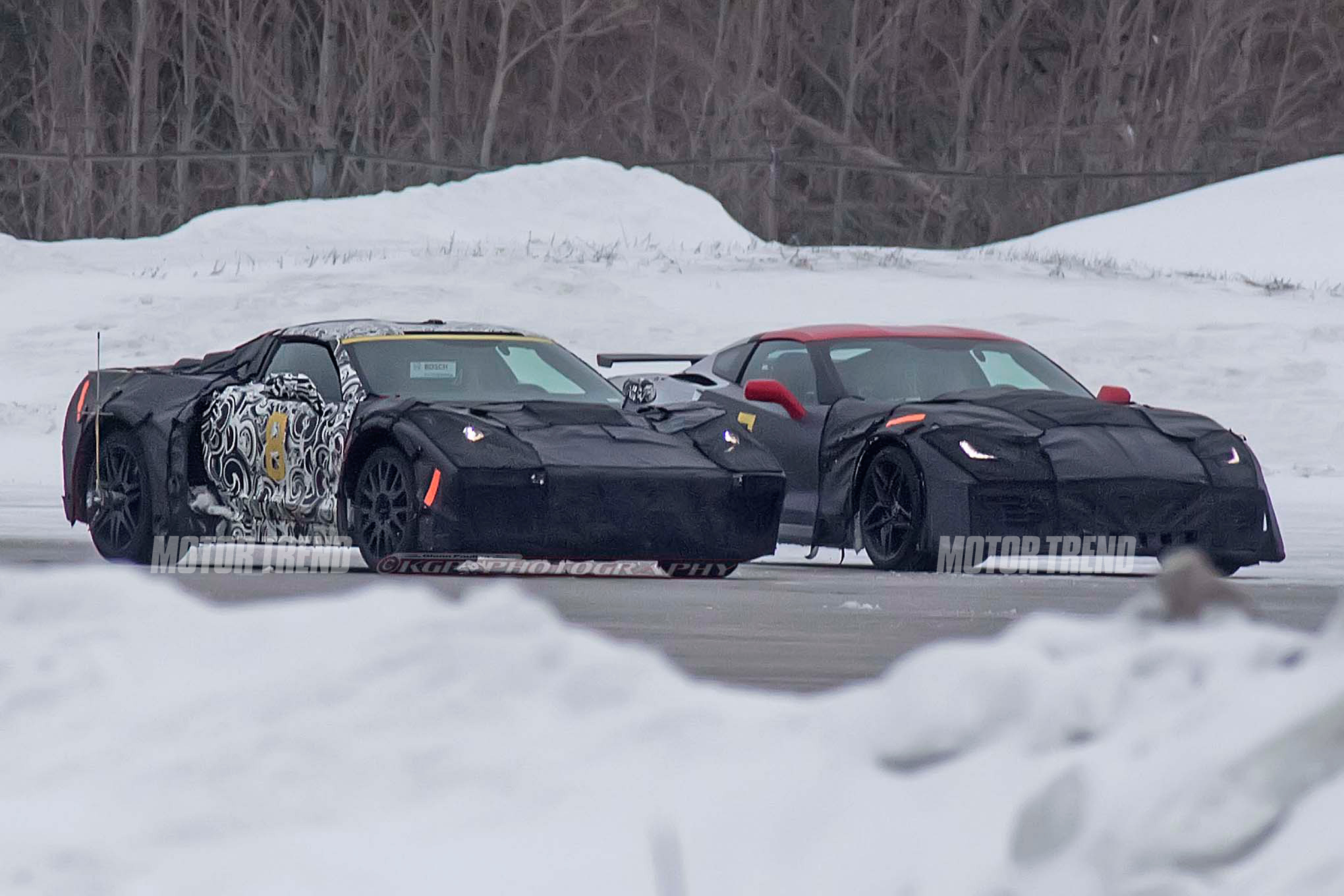 The mid-engine Chevrolet Corvette has been caught once again, this time testing alongside its high-performance front-engine stablemate, the ZR1. We’ve seen both upcoming cars before, but this is the first time we’ve seen them together. These are also the best shots we’ve seen so far of the mid-engine ‘Vette. 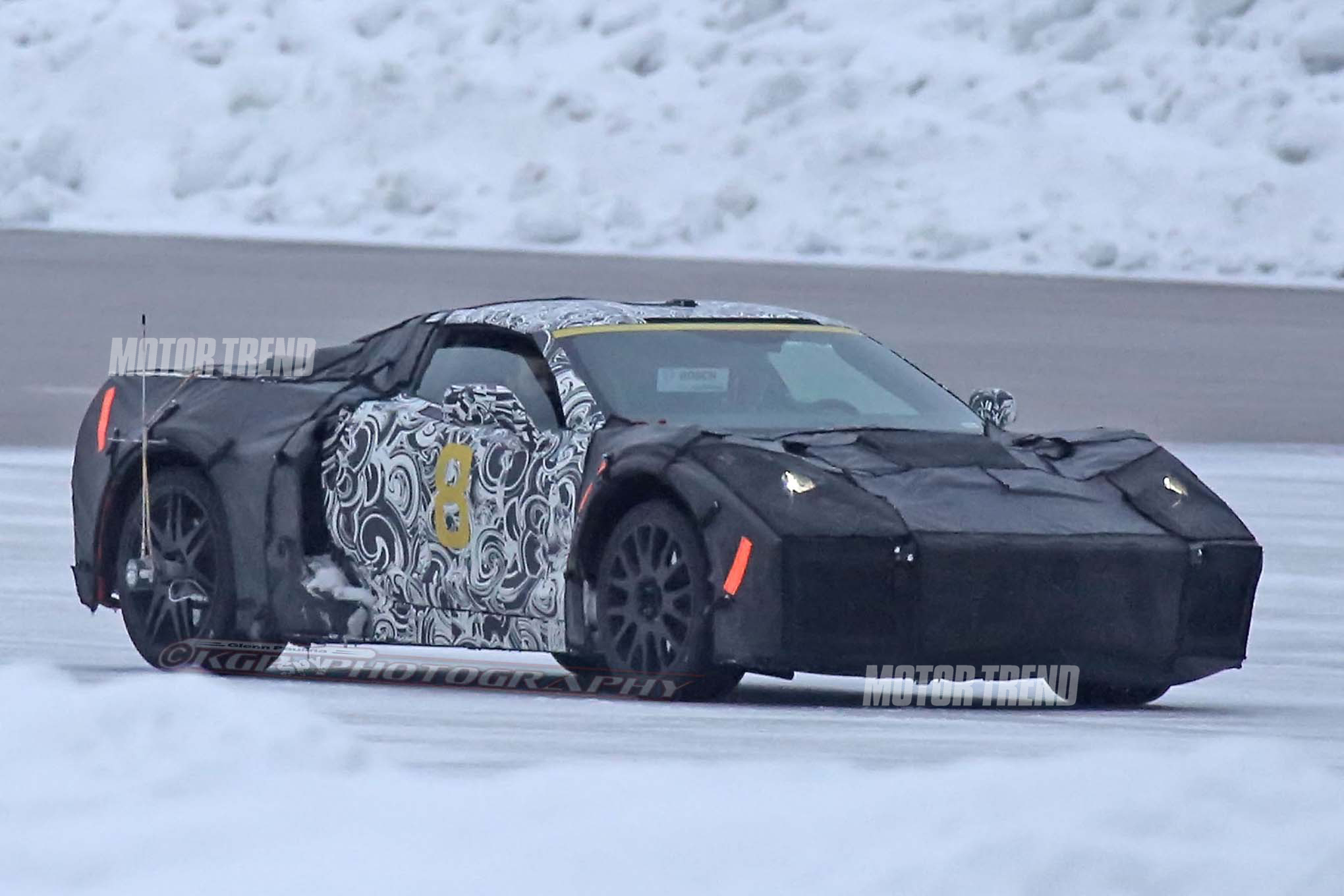 As we’ve previously reported, GM’s mid-engine supercar is expected to join the Corvette lineup alongside the existing front-engine offerings. The ZR1 would be the highest-performance iteration for the front-engine Corvette range, while the mid-engine car, rumored to be named Corvette Zora, would be positioned as a true supercar-fighter designed to take on the best from Ferrari and Porsche — not to mention its cross-town rival the Ford GT. The mid-engine Corvette could receive a new DOHC 6.2-liter direct-injected LT5 V-8 that was leaked in an internal GM document. The ZR1, on the other hand, may get an evolution of the Z06’s 650-hp supercharged LT4 V-8.

We can’t wait until we can bring you full details on these upcoming Corvettes, but until then, enjoy these revealing spy shots.