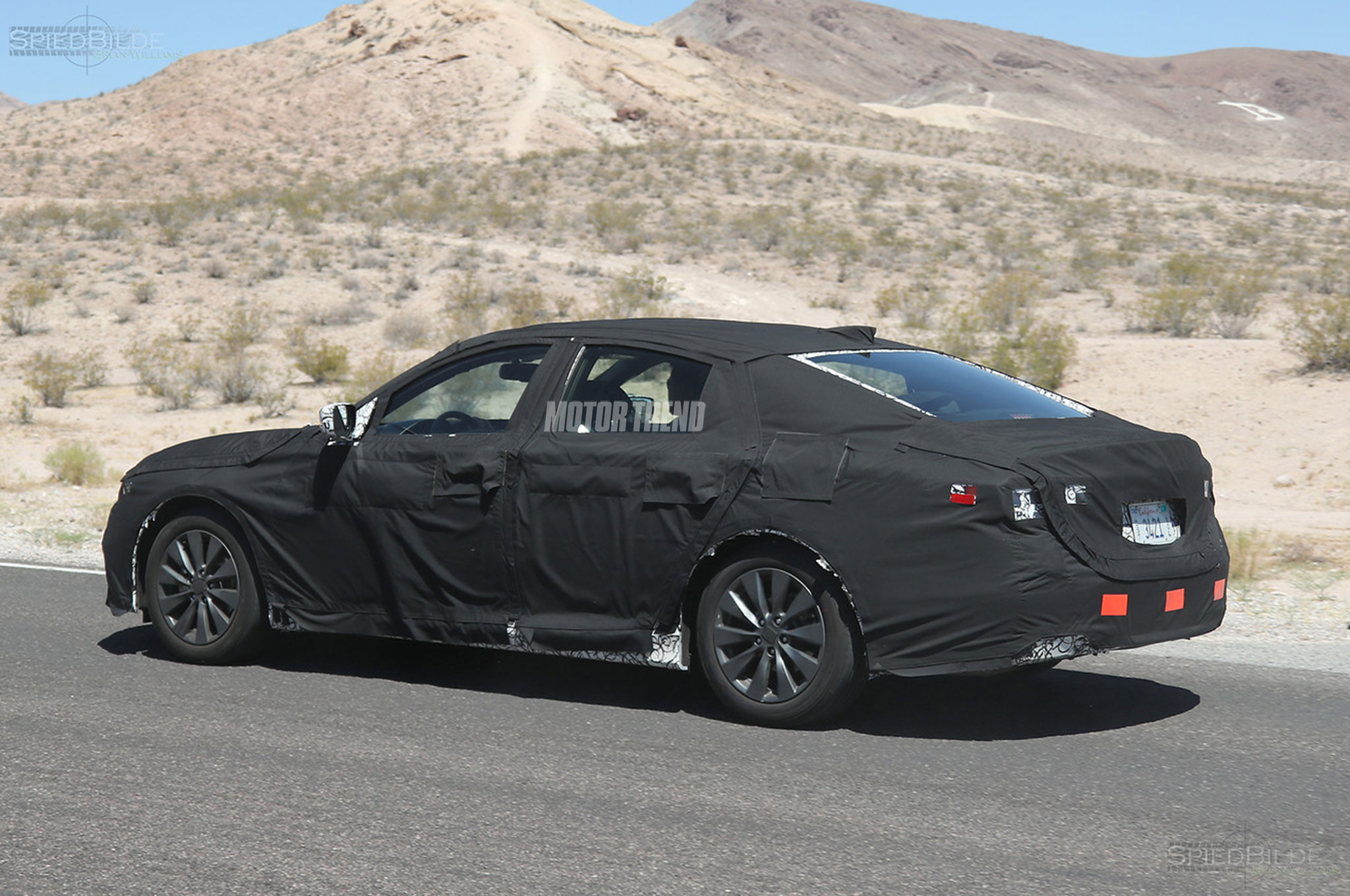 The midsize family sedan class has traditionally been one of the most important in the U.S., so it makes sense that automakers tend to play it safe with their offerings in order to broaden their appeal. But if these spy shots are any indication, it looks like Honda is about to take some styling risks with its next-gen Accord.

This heavily camouflaged prototype was spotted testing in the desert. Other than the new LED headlamps, we can’t make out too many details. But one thing sticks out above all: the sedan’s sloping rear roofline. It appears the next-gen Accord will adopt a sportier shape much like the Civic sedan. The raked C-pillar gives the impression of a fastback, though it looks like a trunk is retained.

The similarities to the Civic won’t end at the sheetmetal. Reports suggest the next Accord will share a platform with the new Civic as part of Honda’s effort to reduce its platform count and move toward a modular chassis scheme like Toyota and Volkswagen Group. With that, there will be one global Accord going forward. In the past, North America received a larger Accord that was different from the model sold in other markets. The global 10th-generation Accord will be smaller than the current North American model, but not much smaller given how much the Civic has grown.

For power, the 2.4-liter inline-four could soldier on as the base engine, but Honda may choose to follow the lead of other automakers and ditch the optional V-6 in favor of a turbo-four. A hybrid model should also be offered, likely using the next-gen two-motor system recently launched in the 2017 Honda Accord Hybrid, but a plug-in drivetrain will be reserved for the midsize Clarity lineup. The next-gen Accord could debut next year as a 2018 model year vehicle.