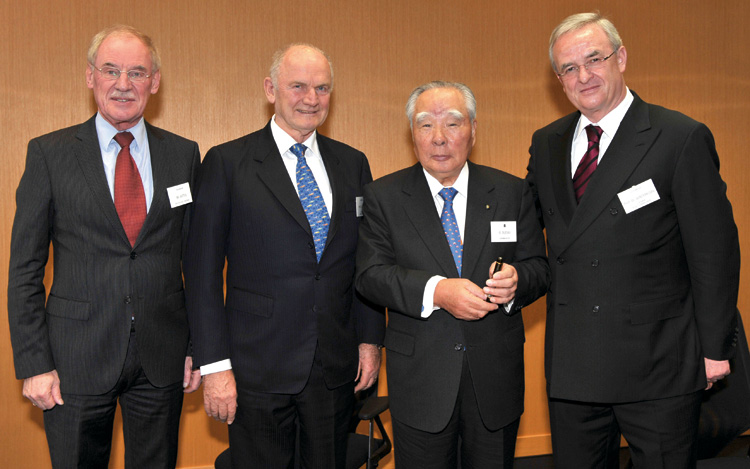 The number of automakers embroiled in fuel economy or emissions scandals continues to grow, and Suzuki was the latest to come forward about its involvement in deviating from fuel economy testing methods set by the Japanese government. In light of this, CEO and Chairman Osamu Suzuki announced today that he will step down.

Not only is Osamu Suzuki stepping down as CEO, Executive Vice President Osamu Honda will retire. Suzuki will stay on as Chairman. Currently there are no definitive replacements for these two roles, and both leaders will officially step down on June 29, after approval by shareholders during the company’s annual general meeting.

Last month when Suzuki came forward about the improper testing, the company stated that it tested individual components as its proving ground in Sagara, Japan, which is susceptible to extreme weather. Osamu Suzuki apologized for the results, but also claimed that his company didn’t cheat or manipulate its data.

In the wake of the scandal, Osamu Suzuki will have his monthly compensation cut by 40 percent for six months starting in August, while his son, President Toshihiro Suzuki, will see a 30-percent cut. Directors will also waive their bonuses for 2015, and senior managing officers and managing officers will only get half their bonuses.

Currently, the automaker is creating a plan to introduce improvements to its engineering team, like better training and encouraging whistle-blowing. The company will also push to better its mileage testing systems.

Suzuki CEO Steps Down in Wake of False MPG Reporting